Following a transition period (without any new large private energy procurement in the Province since 2013), certain public statements of Québec government officials in 2020 have shed some glimmers of hope that Québec’s market may open up again to private energy procurement in the coming years. The last few years have been a period of transition in which the Québec government put a hold on new procurement and focussed on exporting its significant electricity surplus, while using the surplus to support the energy transition, including the electrification of transportation. Now that the electricity surplus has shrunk, Hydro-Québec, the Province’s government owned public electricity utility, now forecasts that additional long-term electricity supplies will be needed as early as 2025. Hilo, Hydro-Québec’s new energy saving subsidiary, will also be a part of the Province’s supply mix.

In summer 2020, Québec premier François Legault stated that the price of wind power had become more attractive and that the next power projects in Québec would likely be wind power. Around the same time, Hydro-Québec consulted the power generation industry on electricity supply with a view to identifying how to best meet future energy needs. Discussions included potential changes to the regulatory framework governing electricity supply. The Province’s exportation strategy also generates renewed optimism with respect to a potential expansion of wind energy supply in Québec.

In spring 2020, Hydro-Québec announced that it would temporarily suspend the international investment activities it had been pursuing since 2016 through its arm, HydroQuébec International, in order to focus on provincial opportunities and to play a key role in the Province’s economic recovery amid the COVID-19 pandemic. Hydro-Québec’s investment (via a private placement of common shares) in Innergex Renewable Energy and the related co-investment strategic partnership announced in February 2020 could be an indication of how HydroQuébec intends on pursuing international opportunities in the near future.

It is a stated objective of Hydro-Québec to increase its exports beyond its borders. By the same token, the utility hopes to support the decarbonisation of northeastern North America.

The COVID-19 pandemic has had an impact on HydroQuébec’s exports to markets outside of Québec. Lower energy demand brought on by the pandemic resulted in lower market prices in export markets, particularly in the first quarter of 2020. Warmer seasonal temperatures also caused a decrease in demand for electricity. The decreased demand led to a corresponding decrease in average export prices, which dropped to 4.4 ¢/kWh (from 4.9 ¢/kWh in 2019) in the first six months of 2020, and dropped to 4.3 ¢/kWh (from 4.4 ¢/kWh in 2019) in the third quarter of 2020. Net electricity export amounts were also down in 2020 compared to 2019 by 1.7 TWh for the first half of 2020 and by 3.2 TWh for the third quarter of 2020.

In terms of infrastructure, the construction of the 1,550 megawatt Romaine hydroelectric project continues and is expected to be completed in 2021. The Province also continues to update and expand its transmission infrastructure in Québec in order to support its exportation plans.

Hydro-Québec continues to promote the load balancing capacity of its hydroelectric assets in addition to its hallmark as a clean and renewable energy source. Despite recent movement towards small modular nuclear reactor technology in Canada (as discussed in our article on page 65 of this publication), Québec remains optimistic about the appeal of its hydropower to other provinces.

The Province has renewed its efforts to increase hydroelectricity exports to the state of New York, in respect of which both Governor Andrew Cuomo and New York City have reiterated their interest. Hydro-Québec continues to evaluate a potential interconnection project that would connect the Hertel station in La Prairie, Québec, to the Champlain Hudson Power Express, a proposed 1,000 megawatt high voltage direct current submarine power cable located under Lake Champlain and the Hudson River. In May 2020, the Champlain Hudson Power Express project, led by developer Transmission Developers Inc., received approval from the US Federal Energy Regulatory Commission and the Canada-US Internal Boundary Commission. Construction activities are now expected to begin in 2021 with commercial operation commencing in 2025.

In October 2020, Hydro-Québec announced its intention to submit a formal bid to supply New York City with clean energy. The New York State Energy Research and Development Authority and the New York Power Authority are soliciting proposals for 1,500 megawatts of power and, if a Hydro-Québec proposal is accepted, the development of an interconnection link between Québec and New York City would move forward. This announcement was spurred by a regulatory change to New York’s Clean Energy Standard, which added a category entitled “Tier 4” pursuant to which existing hydropower is now eligible for renewable energy credits when delivered directly into New York City. As a result of this change, electricity distributors using hydropower will now be able to obtain credits from the state of New York, making it in turn more attractive to enter into business with producers such as Hydro-Québec.

Hydro-Québec also continues to advance the New England Clean Energy Connect (“NECEC”) 142-mile transmission line project, a joint effort with Central Maine Power aimed at eventually delivering up to 1,200 megawatts of electricity to the New England region. In November 2020, the United States Army Corps of Engineers issued a federal environmental permit for the NECEC project which paves the way for Central Maine Power to begin construction of the transmission line. Two other important permits were also issued by the Land Use and Planning Commission (January 2020) and the Department of Environmental Protection (May 2020) in favour of the NECEC project. Most recently, on January 15, 2021, the project received presidential approval from the US Department of Energy. While the project is still awaiting approvals in the US from ISO New England, as well as certain other municipal approvals, all major required permits have now been obtained in the US from state and federal agencies. In Québec, the interconnection portion of the project has received approvals from the Régie de l’énergie du Québec and the Commission de protection du territoire agricole du Québec. If construction proceeds according to schedule, the NECEC project will be commissioned in 2022.

Québec’s 2030 Plan for a Green Economy

On November 16, 2020, the Québec government announced the 2030 Plan for a Green Economy along with its first implementation plan, backed by a budget of $6.7 billion dollars, for the 2021-2026 period. The government’s primary objective under the plan is to tackle climate change and to reduce greenhouse gas emissions by 37.5% below the 1990 levels by 2030.

With the transportation sector currently accounting for 43% of Québec’s greenhouse gas emissions, the government undertakes to make the electrification of the transportation industry a priority in its 2030 Plan for a Green Economy. The industrial sector will also benefit from various initiatives, such as financial support for greenhouse gas emissions reduction projects and research and development, to reduce its carbon footprint.

Québec also intends to diversify its energy portfolio in the upcoming years with new renewable energy sources, such as renewable natural gas, green hydrogen and bioenergy.

This aligns with the recent announcements of HydroQuébec’s construction of an electrolyzer facility and Québec’s investment in Enerkem’s biofuel project in Varennes. Under the first implementation plan of the 2030 Plan for a Green Economy, $213 million will be allocated to initiatives with respect to production and distribution of renewable natural gas and respectively $30 million and $15 million to support the innovation in the bioenergy and green hydrogen sectors through the Technoclimat program.

In 2020, significant investments in green hydrogen and bioenergy projects were announced by the Québec government, including in respect of Enerkem’s Varennes project and Bioenergy La Tuque’s residual forest biomass project.

In December 2020, the government announced an investment, through Investissement Québec, of $160 million in the Varennes project developed by Enerkem and its partners Shell, Suncor and Proman, to set up a plant to produce biofuels from non-recyclable residual materials. The government’s support of this project is expected to also allow the installation by Hydro-Québec of what would be the world’s most powerful electrolyser for producing green hydrogen (88 megawatts).

In November 2020, the Québec government announced the award of an approximately $5.9 million grant to Bioenergy La Tuque to demonstrate the pre-commercial potential of producing biofuels from residual forest biomass, a project developed by Bioenergy La Tuque, the Attikamek nation and the Finnish company Neste, a world leader in biofuels.

The development of such renewable energy projects is in line with the objectives of Québec’s 2030 Plan for a Green Economy and the government’s desire to position the Province of Québec as a leader in the production of green hydrogen and bioenergy, which are complementary to electrification to reduce greenhouse gas emissions.

In late 2019, Hydro-Québec announced that it was launching Hilo, a new subsidiary offering personalized products and services to enable customers to use energy in a more efficient manner. By launching Hilo, HydroQuébec aims to reduce electricity use in Québec, especially during winter peak periods, in order to increase exports to other North American markets, and to simplify energy management in Québec through the use of new smart technologies.

In 2020, Hilo began to offer products and services intended for consumer home use. Such products ranged from smart thermostats to smoke detectors and light bulbs, which can be managed through a single app in order to control real-time energy consumption. Hilo’s customer can be eligible for certain cash rewards by participating in “Hilo challenges”. “Hilo challenges” will take place in winter peak consumption periods, during which customers are invited to reduce the set point temperature of their thermostats. During a typical winter, Hilo expects that there will be approximately 30 “Hilo challenges”.

Hilo does not currently offer products and services to businesses, but expects to offer, in the future, solar energy self-production solutions combined with smart energy storage, as well as electric vehicle fleet management solutions. The goal will be to help businesses optimize their electricity consumption and reduce their electricity bills by developing strategies using available smart technologies. 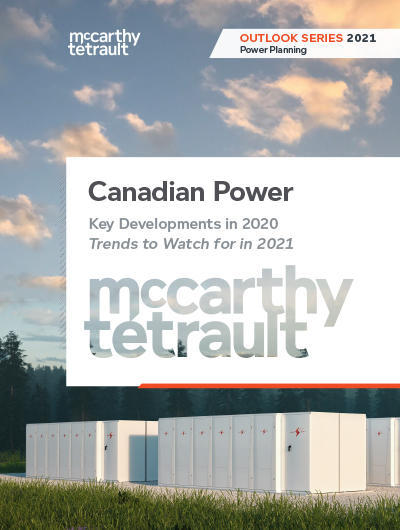 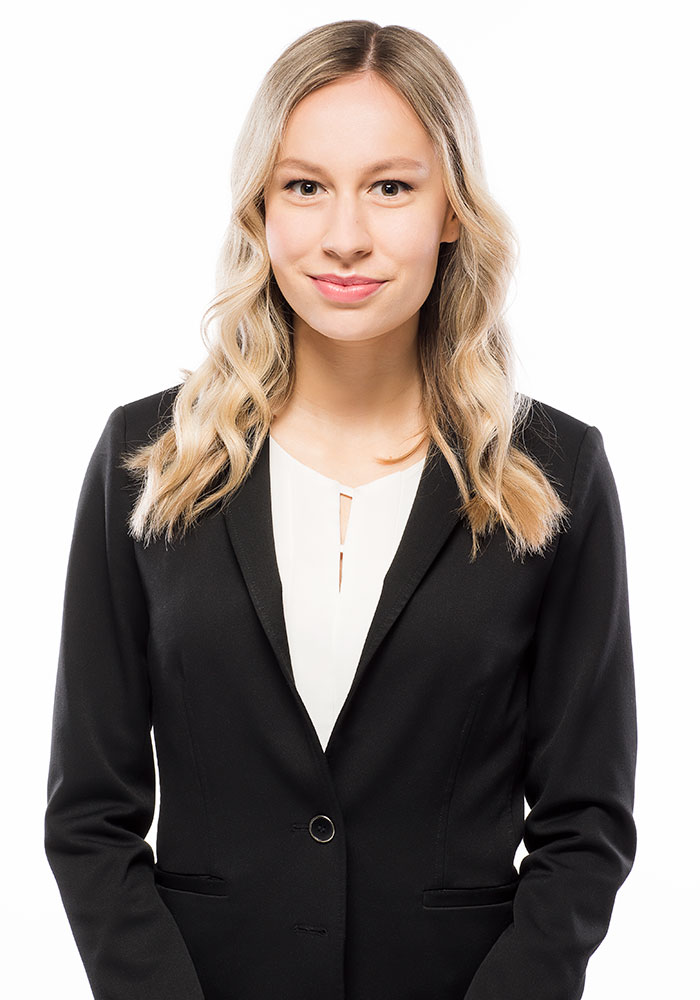 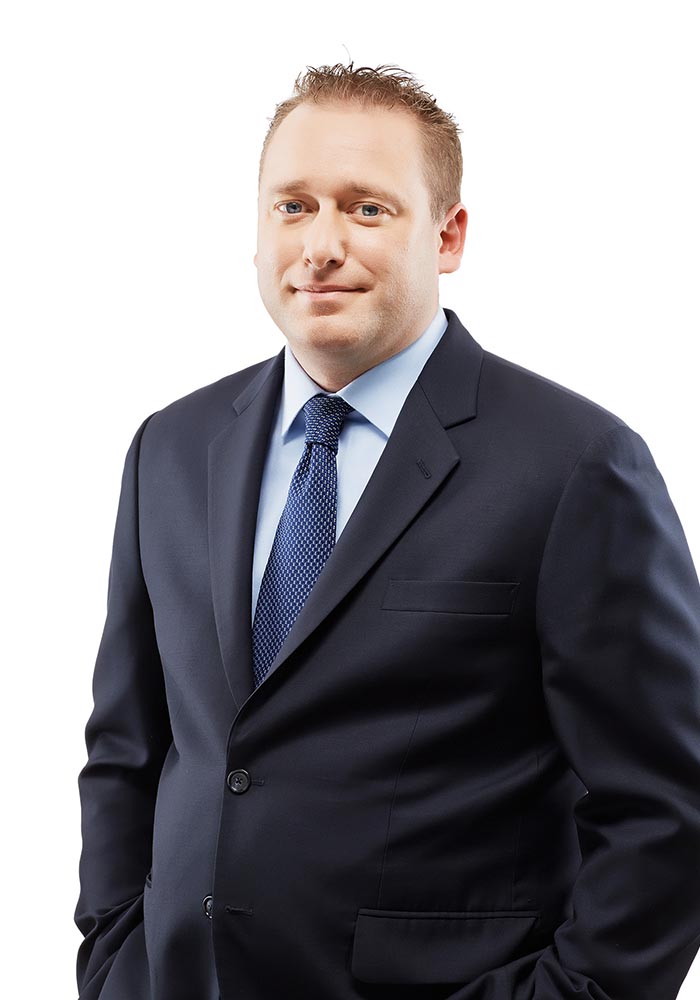 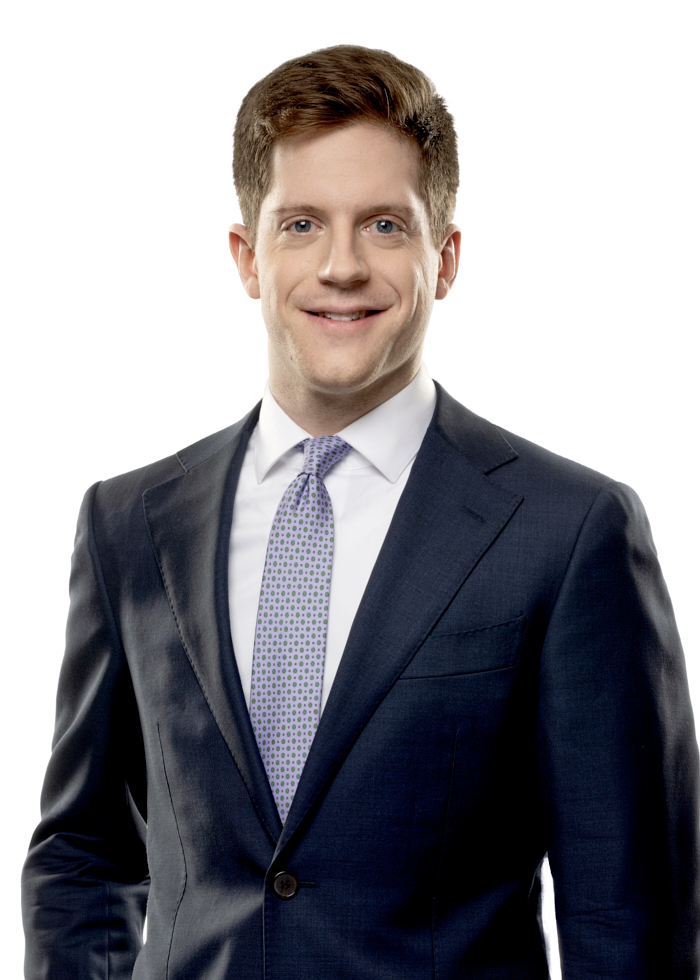 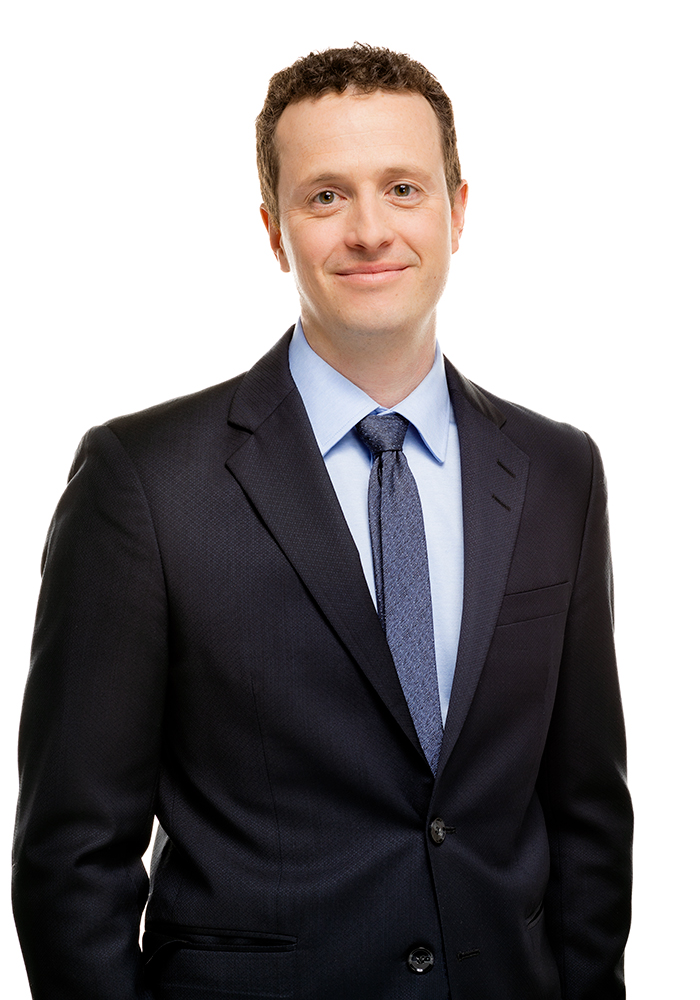 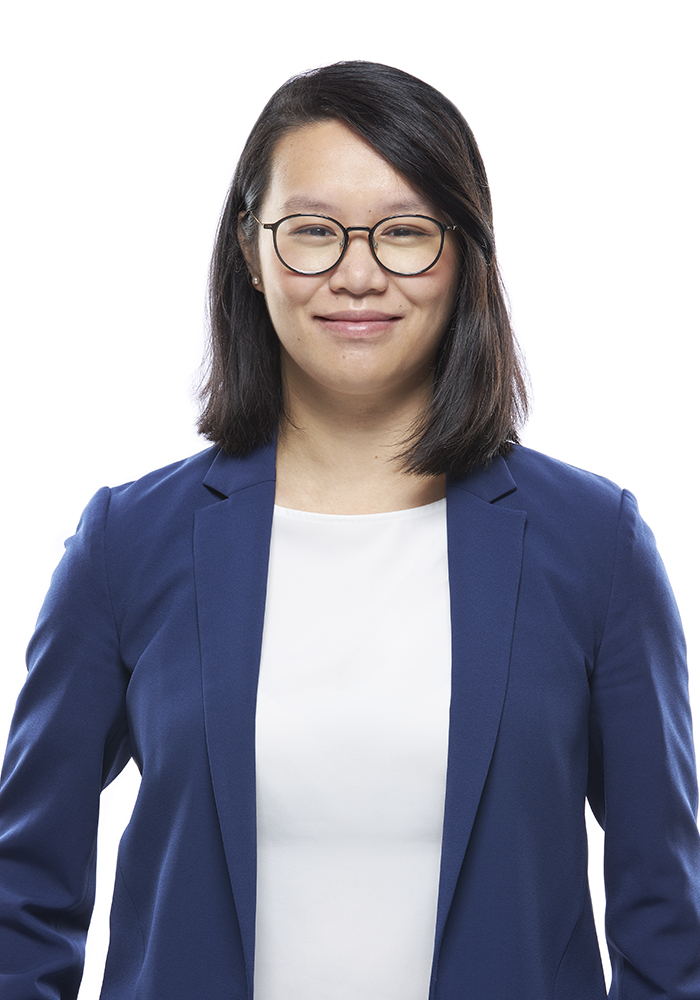 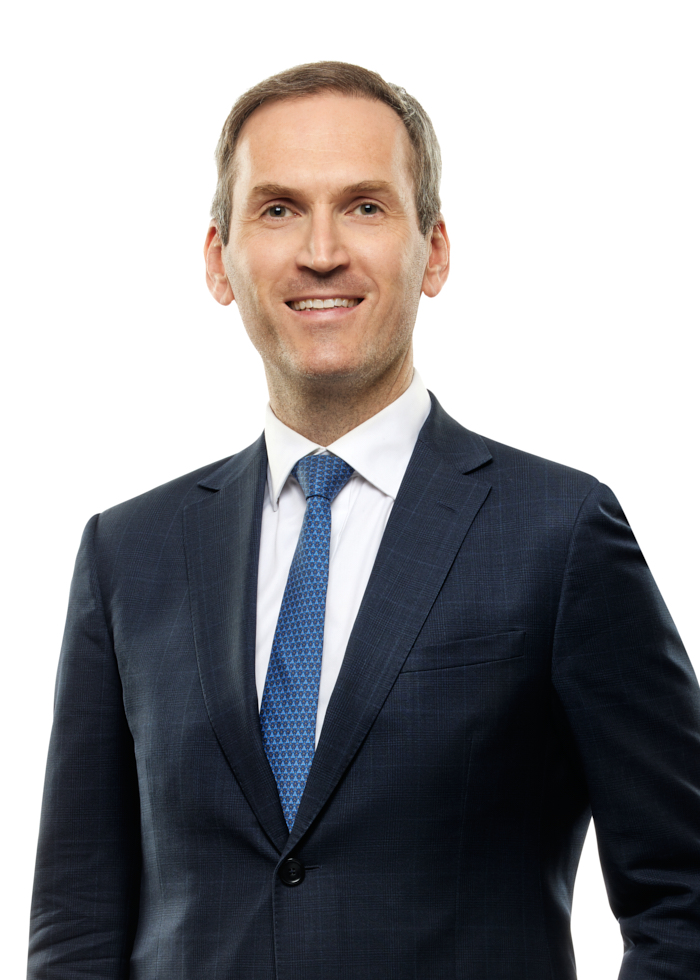 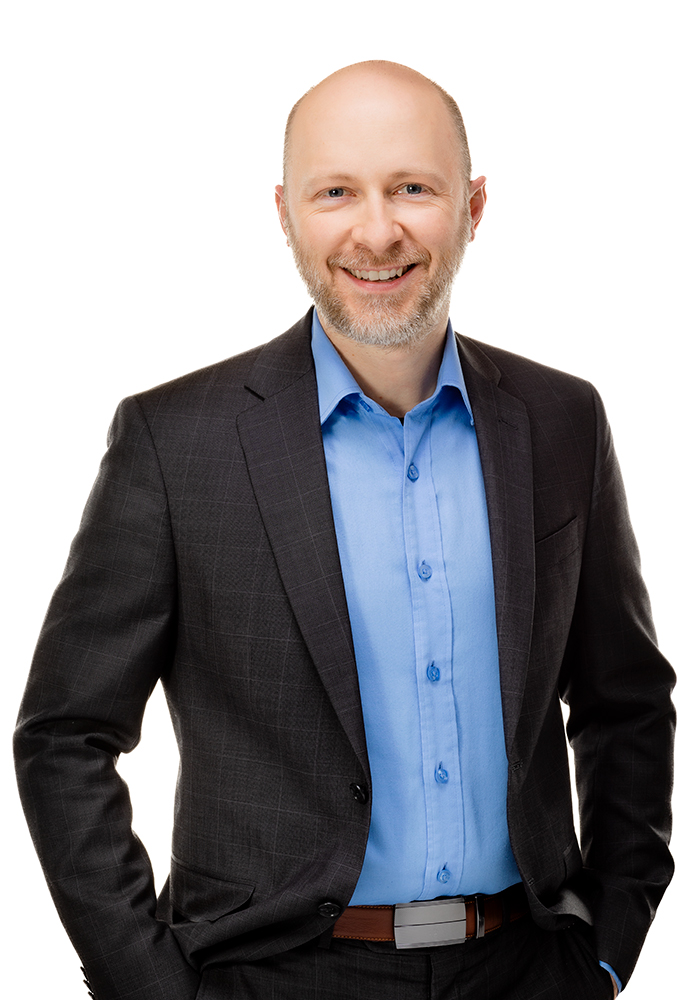