Byron Shaw is a litigation partner and the co-author of Constitutional Law with Justice Patrick Monahan and Padraic Ryan.

Emily Leduc-Gagne is an articling student at McCarthy Tétrault.

The U.K. Supreme Court entered the explosive Brexit debate yesterday, ruling that Prime Minister Boris Johnson’s advice to the Queen to prorogue Parliament until October 14th was unlawful. In a unanimous 11-judge decision written by Lady Hale and Lord Reed, the Court in R (on the application of Miller) v The Prime Minister, [2019] UKSC 41 held that Johnson exceeded the limits of the prerogative power. The Court expressly stated that its decision was a straightforward application of legal principles. Lady Hale and Lord Reid held that courts can and do rule on the extent of executive powers[1]; here, the Court was ostensibly defining the limits of the prorogation power, which were exceeded in this exceptional case.

According to the Court, “a decision to prorogue Parliament (or to advise the monarch to prorogue Parliament) will be unlawful if the prorogation has the effect of frustrating or preventing, without reasonable justification, the ability of Parliament to carry out its constitutional functions as a legislature and as the body responsible for the supervision of the executive. In such a situation, the court will intervene if the effect is sufficiently serious to justify such an exceptional course[2].”

The Supreme Court therefore held that the government has a positive obligation to provide a reasonable justification to prorogue, failing which, its advice (and, by extension, the Queen’s decision based on that advice) is null and void[3].

In other words: this is law, not politics. Is it?

The Court’s ruling is unquestionably political in terms of the subject matter of the decision. It requires that British MPs return to Parliament and continue working in the run-up to the Brexit deadline of October 31, 2019 notwithstanding the existing government’s publicly declared support for a “no deal” Brexit.

The Court presented the decision as simply defining the limits of executive power, something entrusted to the courts in a constitutional democracy. It took great pains to state that it was not reviewing the “mode of exercise” of the Johnson government’s decision to prorogue or its “motives”[4]. On closer examination, that is exactly what the Court did.

The Court did not know (and we will likely never know) precisely what transpired during the meeting with the Queen at Balmoral Castle on August 28, 2019. Despite that, the Court proceeded to assess the legality of that conversation based on inferences from documents surrounding the meeting, including:

The Court said that the prorogation was unlawful because it was “not a normal prorogation in the run-up to a Queen’s speech” and “prevented Parliament from carrying out its constitutional role for five out of a possible eight weeks between the end of the summer recess and exit day on the 31st October[8].” According to Lady Hale and Lord Reed, the documents discussed above disclosed no reason, “let alone a good reason” to prorogue for five weeks[9]. The Court relied on evidence from former Prime Minister Sir John Major about how long it “normally” takes to work on the Queen’s Speech[10]. In addition, it concluded that the memoranda to the Prime Minister failed to offer a coherent explanation for a five week prorogation or why “it was necessary to curtail what time there would otherwise have been for Brexit related business[11].”

We are left to infer that the Court felt that the government’s stated reasons to prorogue were not its true reasons and the explanation believed to have been given to the Queen was a farce. It is thus difficult to understand how the Court was doing anything other than examining the Johnson government’s motives and the manner in which the prorogation power was exercised.

The Court concludes that the decision “interrupt[ed] the process of responsible government[12].” Of course, that is true of every prorogation, which by definition stops responsible government until the next Queen’s Speech. But in concluding that this particular interruption in responsible government “matter[ed]”, Lady Hale and Lord Reed relied on the “exceptional circumstances” of the October 31st deadline as well as events that occurred after the prorogation decision had been made[13]. They emphasized that the “House of Commons has already demonstrated, by its motions against leaving without an agreement and by the European Union (Withdrawal) (No 2) Act 2019”—passed on September 4, 2019—“that it does not support the Prime Minister on the critical issue for his Government at this time and that it is especially important that he be ready to face the House of Commons[14].”

In other words, the government’s justification to prorogue was not only deficient, said the Court, but hindsight has proven it to have been incorrect.

Implications: Prorogation Before the Courts

The U.K. Supreme Court is undoubtedly right in describing the specific circumstances of the Johnson government’s decision to prorogue as a “one off” which have “never arisen before and are unlikely to ever rise again[15].” But the Court’s decision is a remarkable exercise of the powers of judicial review with implications that are perhaps greater than the Court would have us believe.

The Court’s rationale for reviewing a prorogation decision represents a curious application of the principle of responsible government. The Court relied on the unwritten constitutional principle that the government is “accountable to Parliament[16].” It is quite true that responsible government is a central tenet of the Westminster system, which means, among other things, that Ministers serve at the pleasure of Parliament so long as they enjoy the confidence of the House. Yet it does not follow automatically that government must explain how politically controversial prorogation advice meets a standard of reasonable justification to the judiciary. As the Lady Hale and Lord Reed concede elsewhere in their reasons, the principle of Parliamentary accountability has typically been invoked “as a justification for judicial restraint” and an “explanation for non-justiciability[17].”

It is far from clear, as the Court suggests, that the standard of “reasonable justification” for a prorogation decision is workable in practice and throws up “question[s] of fact which prevents no greater difficulty than many other questions of fact which are routinely decided by the courts[18].” The Court did state that deference should ordinarily be afforded to a decision to prorogue and the Court should approach the task of judicial review with a “degree of caution[19]”. But government’s justifications for prorogation are often politically controversial. Whether any decision to prorogue is reasonable involves inherently political judgments that are far different than the factual questions that the courts routinely decide.

Limitless hypotheticals to test the Supreme Court’s standard can be conceived which admit of no clear answers. What if the proposed prorogation was four weeks? Three weeks? Two and a half weeks? Suppose, for instance, that Johnson’s government had simply told the Queen (consistent with his public stance on the issue) that in his view, he needed to prorogue because Britain would get a better result if it left the EU—or could credibly threaten to leave the EU—without a withdrawal agreement in place? Would that justification to prorogue have been reasonable in the “exceptional circumstances” existing on August 28, 2019?

Precisely because prorogation decisions are inherently political, it is no surprise that the Canadian experience has focused on the political implications of prorogation for the Prime Minister and the exercise of discretion by the Governor General, who by convention, acts on the advice of the Prime Minister provided that he or she enjoys the confidence of the House. For instance, former Prime Minister Harper’s decision to prorogue in 2008 when the Liberals, NDP and Bloc Quebecois announced that they had lost confidence in the Harper government and would introduce a non-confidence motion was politically controversial. Canadian constitutional scholars generally agree that in the unique circumstances of the request, Governor General Michaëlle Jean had a discretion to consider the advice from the Prime Minister and made the correct decision—based on independent advice from constitutional scholar Peter Hogg—to prorogue given the facts known at the time[20].

Prime Minister Harper’s decision to prorogue Parliament from December 30, 2009 to March 3, 2010 (longer than the five week prorogation by the Johnson Government), was also a politically controversial event in Canadian history. It came after the Conservative government had refused to provide certain documents to a Parliamentary committee inquiring into the handover of prisoners in Afghanistan. The focus of the debate was squarely on the Prime Minister, however, who enjoyed the confidence of the House at the time, but was criticized by his political rivals for trying to put an end to the Parliamentary committee’s work[21].

Of course, there was no judicial review application challenging Prime Minister Harper’s advice to the Governor General in either of these situations or several other controversial prorogation decisions in Canadian history. It is not clear that Canadian Parliamentary democracy would have been better served had unelected Canadian judges been tasked with reviewing the advice given to the Governor General and determining whether it was “reasonably justified”. However, the effect of the U.K. Supreme Court’s decision is to encourage judicial review of prorogation and require the judiciary to examine what has previously been considered a political decision, politically made and politically judged.

The U.K. Supreme Court is correct in stating that there must be an outer limit on the ability of the government to prorogue. The decision to prorogue is effectively a discretionary power enjoyed by the Prime Minister and, as with other discretionary powers, “there is no such thing as absolute and untrammelled discretion,” to borrow the words of the Supreme Court of Canada in Roncarelli v Duplessis[22]. Such absolute and untrammelled discretion would itself do violence to our responsible government.

It is conceivable that judicial intervention may be required in extreme cases. Yet the standard of justification for a prorogation articulated by the U.K. Supreme Court invites unelected judges to wade into inherently political waters that, for good reason, the Courts have not entered before. 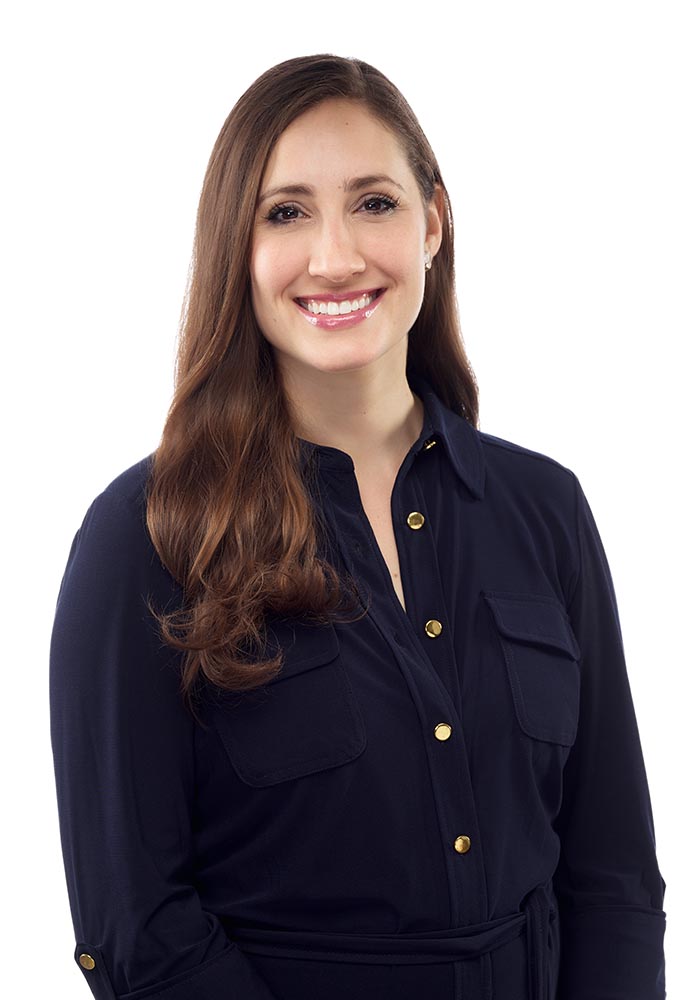