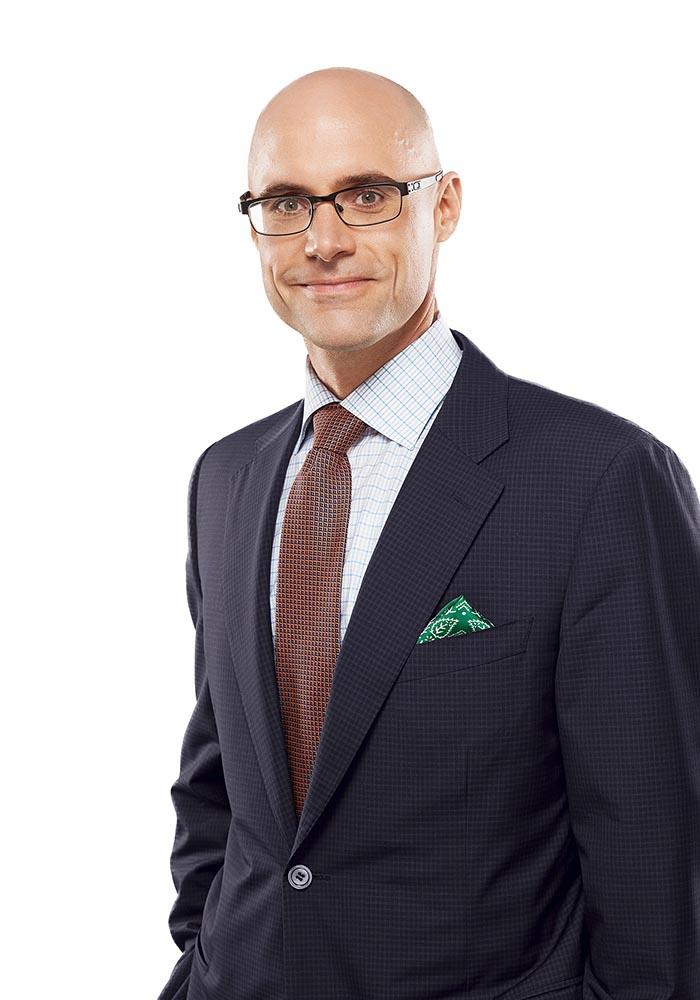 Tom is a partner in our Litigation Group and a member of our Board of Partners.

Tom’s practice focuses on complex commercial, corporate governance and securities disputes and professional liability. According to the Lexpert directory, he is repeatedly recommended by his peers in both of these areas. In particular, he has developed a depth of experience in telecommunications litigation, franchise and complex product and service distribution disputes, IP piracy and related injunctive remedies, and is one of our leading lawyers in electronic discovery and related technology issues.

Since joining McCarthy Tétrault in 1996, Tom has appeared as trial and appellate counsel at all levels of court, including the Supreme Court of Canada, and various arbitral and administrative tribunals in Ontario. Several of his cases have received national media attention including reports on the CBC The National, the CBC World Report, the business sections of The Globe and Mail and National Post, the Lawyers’ Weekly and Law Times, and other national and local media organizations and is one of our leading lawyers in the use of technology through all phases of litigation, from commencement through to hearing.

In recognition of his experience, Tom teaches Trial Advocacy and Medical Negligence as an adjunct professor with the Queen’s University Faculty of Law, Kingston, ON, and Officers’ and Directors’ Liability as a member of faculty with The Directors College, the DeGroote School of Business at McMaster University, Hamilton, ON. Tom is also a regular speaker and seminar leader at The Advocates’ Society, Osgoode Hall Law School’s CPD programs, the Law Society of Upper Canada and the Canadian Bar Association (Ontario). Tom has also served as a director on several charitable boards and has led special committees relating to corporate governance and the corporate re-organization of these charitable organizations.

Tom’s reported cases can be quickly found on CanLii or other similar electronic databases.

Leading Lawyer in the area of Medical Negligence