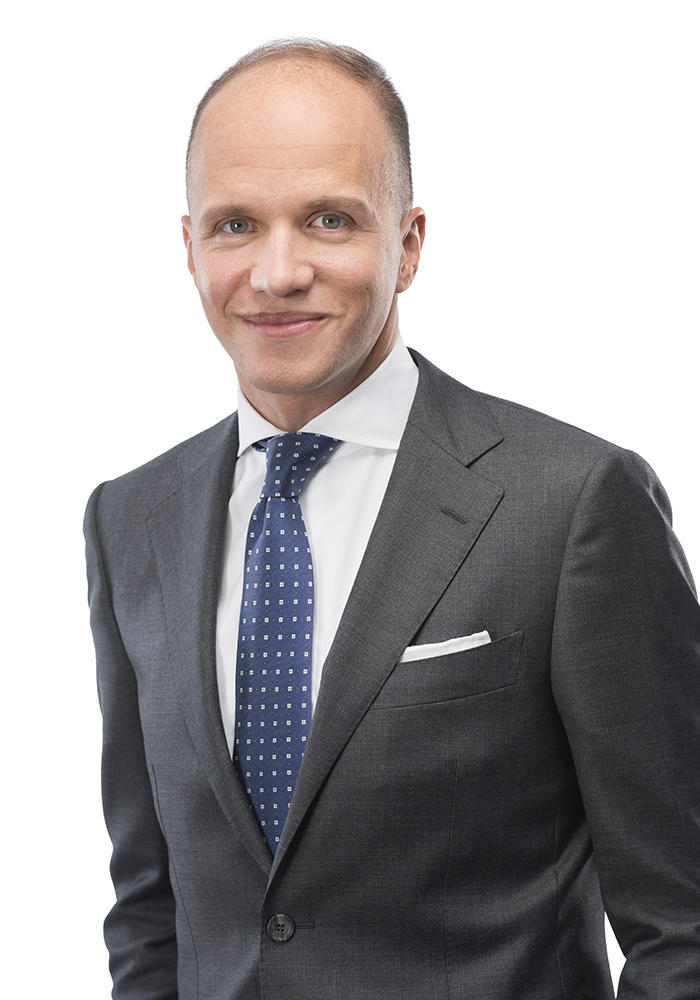 Michael Feder, Q.C. is a partner in the Litigation Group and a member of the firm’s governing Board of Partners. A gifted and highly versatile litigator, he acts in both commercial and public law disputes and practices nationally in the product liability and class action fields.

Michael is widely recognized as one of the top litigators in the country across multiple specialties. Chambers Canada: Canada’s Leading Lawyers for Business has described Michael as a “go-to for complex commercial litigation” with “an enviable list of clients”, “frequently engaged in shareholder disputes”, having “impressive experience in product liability and class actions” and “noted for his constitutional law capabilities”. In the 2021 edition of Chambers Canada, Michael is ranked as a leading lawyer in no fewer than three separate fields: general commercial litigation, product liability litigation and class action defence.

Mike Feder of McCarthy Tetrault’s Cyber/Data group has been recognized in Global Data Review’s Top 100 2021, singling him out as a “sharp litigator with excellent analytical and communication skills”. GDR Top 100 is a global ranking that captures the capabilities, track record and market reputation of the leading firms in the field.

Clients give Michael superb reviews. According to Chambers Canada, clients “commend his ingenuity” and regard him as “the full package”: “a very strong advocate” with “a great presence in the courtroom”; “whip-smart and great on his feet”; “exceedingly bright”; “innovative, eager and efficient”; “proactive and on top of his team”; “responsive, professional and creative”; “great to deal with”; “a delightful person, but with all the edge”; and “very insightful and very creative”. Benchmark Canada has stated that Michael is “unanimously revered” by clients and peers and described him as “the lawyer that everyone in BC is talking about”. The Legal 500 describes Michael as “a force in the BC market”. Benchmark Canada has also stated that Michael gets “some of McCarthy’s best work across the country”.

Accomplished in the courtroom

Michael also has extensive experience in appellate litigation. He has acted in 28 Supreme Court of Canada appeals, including as amicus curiae appointed by the Chief Justice of Canada to assist the court. These appeals cut across myriad subjects, including torts, class actions, privacy, civil procedure, health, freedom of expression, tax, privilege, freedom of information, standing, freedom of religion, access to information and administrative law. Michael represented the successful appellants in the leading Canadian cases on contractual interpretation and discretionary trusts.

Respected in the legal community

Michael received Benchmark Canada’s award for British Columbia Litigator of the Year in 2017. Canadian Lawyer magazine has also recognized Michael on its list of the Top 25 Most Influential people in the justice system and legal profession nationally.

Michael sits on the National Advisory Committee of the Supreme Court Advocacy Institute, which provides advocacy advice to lawyers arguing Supreme Court of Canada appeals. He is a past Executive Director of the Institute and, since 2011, has served also as an advocacy advisor to the Institute. He previously served for several years on the Law Society of British Columbia's Discipline Committee.

Michael is a Fellow of the Litigation Counsel of America.

After graduating from law school, Michael clerked for Justice Jack Major of the Supreme Court of Canada and for Justices Carol Huddart and Wally Oppal of the Court of Appeal for British Columbia.

Who's Who Legal: Litigation

Best Lawyers in Canada – Product Liability Lawyer of the Year 2018

The firm received the British Columbia Civil Liberties Association’s Liberty Award in recognition of exceptional contributions made by Michael and other members of the firm to human rights and civil liberties in Canada.