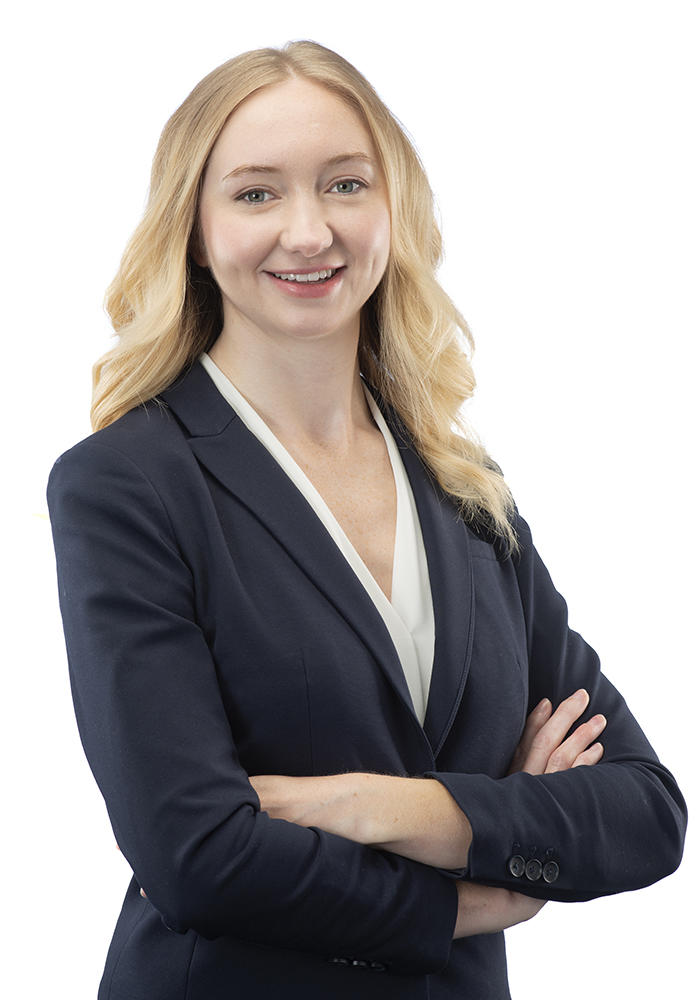 Alexandra is an associate in our Business Law Group in Vancouver where she maintains a general corporate and commercial practice. Alexandra joined McCarthy Tétrault as a summer student in 2020 and returned to article with the firm in 2021. She was called to the British Columbia bar in 2022.

Alexandra received her J.D from Thompson Rivers University (TRU). While attending TRU, she served on the executive committee for the TRU Environmental and Natural Resources Law Club, through which she organized and competed in negotiation competitions. Alexandra represented TRU in the 2020 Wilson Moot competition. She also received the Dean’s Course Prize for Indigenous Peoples and Canadian Law. In her final year of law school, Alexandra volunteered with Pro Bono Students Canada creating a resource for Kamloops Pride that helps 2SLGBTQIA+ folks to better understand their rights in various settings, such as healthcare and the criminal justice system. For her work on this project, Alexandra received PBSC’s Chief Justice Richard Wagner Award.

Alexandra also holds a Bachelor of Science (Honours) in Microbiology from the University of Victoria.