Addressing forced labour and modern slavery has now become a critical component of the Environmental, Social and Governance strategy of any company with international supply chains.

Forced labour has been described as a “global crisis” – and one that affects close to 25 million people on any given day, according to recent figures provided by the International Labour Organization.[1] For children, the numbers are even higher, with 152 million children estimated to be in forced labour.[2] The 2018 Global Slavery Index estimates that billions of dollars’ worth of goods imported into Canada potentially have forced labour in their supply chains, including laptops, computers, mobile phones, apparel and clothing accessories, extracted minerals such as gold, fishery-derived products, and sugarcane. In this context, it is unsurprising that countries around the globe – Canada included – are focused on tackling this critical issue, not simply with platitudes and voluntary codes of conduct, but through the imposition of legal and regulatory measures against manufacturers, importers, and distributors.

The Canadian government has been studying forced labour in supply chains for several years, and has begun to take steps to address these concerns, including by implementing an importation ban on goods made wholly or in part from forced labour in 2020 (the “Import Ban”). We can expect the Canada Border Services Agency (“CBSA”) to ramp up enforcement of this ban in the near future.

In October 2018, Canada’s Subcommittee on International Human Rights released a report titled A Call To Action: Ending the Use of All Forms of Child Labour in Supply Chains. This report made a number of recommendations, including introducing legislative initiatives that draw upon lessons learned by jurisdictions that have implemented supply chain legislation.[3] On October 29, 2020, one such legislative initiative was introduced in the Senate: Bill S-216, An Act to enact the Modern Slavery Act and to amend the Customs Tariff (“Bill S-216”).[4] Bill S-216 – Canada’s third bill addressing this issue[5] – died on the Order Paper with the recent election call. Nevertheless, Canada’s interest in enacting legislation to address concerns associated with forced labour (within which term we generally include child labour, for simplicity) in supply chains is unlikely to wane, and we expect a fourth such bill will be introduced into Parliament soon.

To provide guidance to companies seeking to move in this direction, we have prepared this three-part series: first, this Part I provides background and an overview of the concerns associated with forced labour in supply chains; in Part II, we examine the steps Canada has taken to address these concerns, including by implementing the Import Ban and anticipated supply chain reporting legislation likely to be similar to Bill S-216; and in Part III, we consider what companies can be doing right now to mitigate their risk exposure to modern slavery and help achieve the global community’s commitments to end child labour by 2025 and forced labour by 2030.[6]

The spotlight is on forced labour in global supply chains

Forced labour is one of the many issues plaguing supply chains at this moment in time – every day, the news is filled with challenges, both new and old, that businesses are grappling with in respect of their supply chains.

Recently, forced labour has been of particular focus in China, where the Chinese government has come under fire internationally for human rights abuses targeting the Uyghur Muslims in the Xinjiang region and factories across China.[7]

In particular, Global Affairs and the Canadian Trade Commissioner Service have been vocal about their “grave” concerns regarding “evidence and reports of human rights violations in the People’s Republic of China against members of the Uyghur ethnic minority and other minorities”.[8] The Government of Canada has even reportedly drawn parallels between events in China and Canada’s residential schools.[9]

Canada has taken a number of actions in response, including imposing economic sanctions against China for the first time since 1989, introducing new export and technology transfer controls, and issuing advisory notices and an integrity declaration for companies sourcing from or supplying the Xinjiang region of China – details on these recent actions can be found in our previous client alerts Human Rights Due Diligence in the Supply Chain: Canada’s Advisory on Doing Business With China and Canada Announces Human Rights Sanctions Against China.

Beyond Canada, the U.S. Department of State has declared China’s repression of the Uyghurs as genocide,[10] and along with various other government departments, issued an advisory describing China’s actions as “horrific abuses”.[11] Likewise, the UK’s Foreign Secretary has described China’s treatment of the Uyghurs as “appalling violations of the most basic human rights”.[12]

A June 2021 report published by Above Ground, a non-profit organization focused on the protection of human rights (“Above Ground Report”), provides the following context:

Since 2017, authorities have reportedly sent hundreds of thousands of the region’s Uyghurs and other Turkic ethnic minorities, who are predominantly Muslim, to detention camps to have their thoughts “transformed”. Survivors of the camps report being kept in crowded dorms, deprived of food, forbidden from praying or speaking their language, and harshly punished for transgressions. Some recount stories of harrowing abuse, including forced abortions, gang rape and torture. Chinese authorities have also allegedly transferred hundreds of thousands of ethnic minority citizens, including former detainees, into involuntary work placements across China.[13]

The Above Ground Report further provides that forced labour involving Xinjiang’s minorities is widespread in the production of many Chinese goods, including electronics, components used in solar energy equipment, tomato products, and cotton and related goods. Some claim forced labour is so prevalent that there is “significant risk of the presence of forced labour at virtually any workplace, industrial or agricultural”, in Xinjiang.[14]

According to the Alliance 8.7 Report, policy responses need to be multi-faceted and comprehensive, addressing not only forced labour itself, but also the factors underlying it.[17] Such policy responses may include strengthening labour inspection, addressing socio-economic vulnerability, providing for fair recruitment, freedom of association and collective bargaining, and generally promoting decent work.[18]

Of particular significance to manufactures, importers and distributors, the Alliance 8.7 Report also stresses the need for measures that regulate business conduct, which can play a critical role in ensuring companies take action against the risks of labour rights violations across their operations and supply chains.[19] Such measures should take into account specific risk factors for businesses, which include a lack of business awareness, capacity, policy commitment and action, business strategies for dealing with cost, speed and time pressures, such as the outsourcing of production, the use of intermediaries (which often subcontract even further), the use of overtime, and the use of production quotas or piecework payments.[20]

This concludes Part I of our three-part series on mitigating increasing risk exposure to forced labour in the supply chain. Part II considers the steps Canada has taken thus far to address these concerns, as well as what we can expect to see going forward in the form of supply chain legislation. Part III outlines what companies can be doing right now to mitigate their risk exposure to modern slavery and help achieve the global community’s commitments to end child labour by 2025 and forced labour by 2030

[3] Subcommittee on International Human Rights, Report to the Standing Committee on Foreign Affairs and International Development, A Call To Action: Ending the Use of All Forms of Child Labour in Supply Chains (October 2018), online: https://www.ourcommons.ca/Content/Committee/421/FAAE/Reports/RP10078750/faaerp19/faaerp19-e.pdf at 6.

[5] Bill S-216 follows in the footsteps of Bill S-211, introduced by Senator Miville-Dechêne in a previous legislative session, as well as Bill C-423, a Private Members Bill introduced into the House of Commons by Liberal Minister of Parliament John McKay in December 2018.

[6] Alliance 8.7 Report, supra note 2 at 1. This is one of the “Sustainable Development Goals” or “SDGs” adopted by all member states of the United Nations in 2015. The SDGs “are an urgent call for action by all countries - developed and developing - in a global partnership. They recognize that ending poverty and other deprivations must go hand-in-hand with strategies that improve health and education, reduce inequality, and spur economic growth – all while tackling climate change and working to preserve our oceans and forests”: see https://sdgs.un.org/goals.

[15] Alliance 8.7 is “an inclusive global partnership committed to achieving target 8.7 of the 2030 sustainable development goals”: https://www.alliance87.org/the-alliance/. 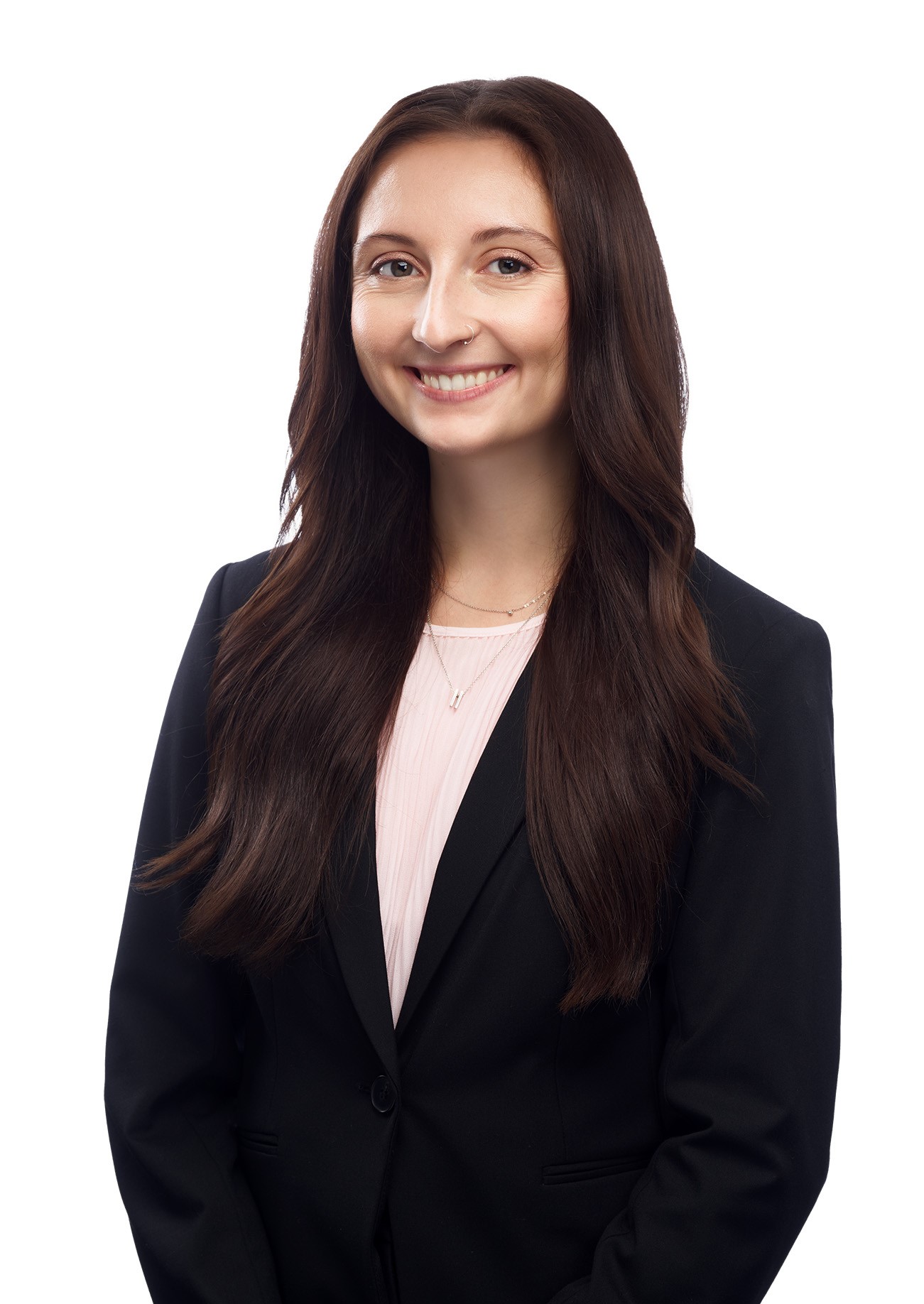