On the heels of USMCA entering into force, another round of the U.S.-Canada trade war is upon us.

On August 6th, 2020, U.S. President Donald Trump executed the re-imposition of a 10% “national security” tariff chargeable on imports of certain aluminum products from Canada, which takes effect August 16th, 2020. A day later, Canada promptly responded with proposed retaliatory surtaxes of 10% against a range of imports of aluminum and aluminum-containing products from the United States, scheduled to take effect on September 16th, 2020.

This reopened a trade dispute between the two countries that had been initially put to rest in May of last year, when President Trump agreed to lift the steel and aluminum tariffs first imposed on Canada in March 2018, with Canada lifting retaliatory surtaxes against a wide swath of U.S. imports in return.

Canadian exporters of aluminum products to the United States should now be reviewing the U.S. measures carefully to determine the impact on their business. Although Canada’s proposed retaliation list is more narrow than that imposed the first time around —being limited to aluminum and aluminum-containing items — the countermeasures threaten to significantly disrupt the supply chains of those U.S. exporters and Canadian importers dealing in the targeted goods. Importers, exporters, manufacturers, distributors, wholesalers, retailers and others potentially affected by Canada’s retaliatory actions may make submissions to the government by September 6, 2020 to explain why their products should not be subject to the surtaxes. They should also consider strategies to address these measures in the event that their products are not exempted from U.S. or Canadian tariffs.

In early 2018, Trump announced a decision to impose a 25% tariff on steel imports and a 10% tariff on aluminum imports, citing national security concerns. The official rationale was that the United States needed a reliable domestic supply of steel and aluminum to support its military.

The measures were adopted by virtue of section 232 of the Trade Expansion Act of 1962. Section 232 permits the U.S. government to adopt tariffs or repeal measures encouraging international trade if the President deems, on advice from the Department of Commerce, that articles are being “imported into the United States in such quantities or under such circumstances as to threaten to impair the national security.”

In response, Canada announced that it would impose and levy surtaxes of 25% on imports of steel and 10% on imports of aluminum. Additionally, Canada announced a 10% surtax charge on imports of various other consumer goods not related to steel or aluminum (such as orange juice and shaving creams). Both the U.S. tariffs and Canadian countermeasures came into force on July 1st 2018, as we previously covered here and here.

Canada’s retaliatory surtaxes caught a number of U.S. and Canadian businesses off-guard. Those who did not make submissions during the brief consultation period, or whose exclusion requests were not adopted by the government at the time of initial implementation, scrambled to find ways of mitigating the significant impact on their supply chains, including through remission applications, export drawbacks, clarifying and correcting Harmonized System tariff classifications of targeted imported goods, and seeking alternative sources of supply.

As summarized here, the trade dispute came to an end almost a year later when the United States agreed to lift the section 232 tariffs. Consequently, Canada agreed to end its retaliation measures and lifted the tariffs imposed on imports from the United States. The agreement also included a “snap back” provision whereby tariffs could be resumed on a product-by-product basis if imports of aluminum or steel products surge meaningfully beyond historic volumes of trade over a period of time.[1]

Under the agreement, the United States committed to capping any potential further tariffs at 25% for steel and 10% for aluminum. Canada agreed that any retaliatory tariffs could only be imposed on products in the same sector.

President Trump has now decided to reinstate the 10% tariff on imports of non-alloyed unwrought aluminum articles from Canada. In doing so, the President cited claims that imports of non-alloyed unwrought aluminum from Canada had increased by 87% between June 2019 and May 2020, and that these imports exceeded the volume of any full calendar year in the previous decade. President Trump also claimed that this increase was responsible for a 27% increase in total aluminum imports from Canada over the past year. Trump determined that the stated increase in Canadian subject imports into the United States constituted another threat to U.S. national security. These new tariffs will take effect on August 16, 2020.

Not all in the U.S. aluminum industry are on board with the application of the tariffs. The U.S. Chamber of Commerce called the tariffs a “step in the wrong direction”, claiming it would raise costs for American manufacturers. The U.S. Aluminum Association, a group representing producers of the metal, also opposed the tariffs and in fact disputed Trump’s claim that imports from Canada had surged.[2]

The response from Canada has been swift. Deputy Prime Minister Chrystia Freeland characterized the Trump administration as the most protectionist in U.S. history, and described the tariffs as “unnecessary, unwarranted, and entirely unacceptable”.[3] Similarly, Ontario Premier Doug Ford also criticized President Trump, stating the tariffs were “unacceptable” and a “backstab” to Canada as a U.S. major trading partner. He called on Ontario residents to buy local in order to “hit ‘em where it hurts”, describing the Ontario consumer base as an economic powerhouse. He also called on Ontario manufacturers to be more aggressive in labelling goods as “Made in Ontario” to help consumers buy local.[4]

As some have argued that the United States has neither followed the procedural guidelines on implementing the snapback tariffs under the May 2019 settlement agreement, nor applied them narrowly on a product by product basis, there was some speculation that Canada would retaliate against U.S. imports more broadly. However, it appears that Canada has limited the scope of its retaliation for now. Canada intends to impose $3.6 billion in tariffs on U.S. aluminum and goods that contain aluminum.[5]  To be sure, the proposed measures against a large number of aluminum-containing products will have significant impacts on a number of sectors outside of the aluminum industry.

Canada released a preliminary table of aluminum and aluminum-containing products that will be subject to a 10% surtax upon importation into Canada. The countermeasures will only apply to goods that originate from the United States. These are defined as those goods eligible to be marked as goods of the United States in accordance with the Determination of Country of Origin for the Purposes of Marketing Goods (CUSMA Countries) Regulations. The full preliminary table of all affected goods can be found in the Government of Canada’s Notice of intent to impose countermeasures action against the United States in response to tariffs on Canadian aluminum products. Affected items include:

Canada’s list of potential targets threatens to hit politically sensitive areas, namely states critical to Trump’s re-election – a disproportionate number of the affected items are from key U.S. swing states. For example, paint dyes and aluminum waste from Michigan, refrigerators and bicycles from Wisconsin, and aluminum powders and bars from Pennsylvania, are all on the list. That said, Canadian officials have insisted the list was not drawn up with the U.S. election in mind.

Canadian measures may change before the date of coming-into-force, and the list of products subject to the tariff may expand or contract. The Canadian government will spend one month consulting with Canadians about which U.S. products to target with retaliation.

As part of this consultation, the Canadian government is accepting written comments on any beneficial or adverse impacts of the proposed counter-measures. The submissions must be made no later than September 6th, 2020, and should include the following information:

As in the first round of this trade war, the McCarthy Tétrault International Trade and Investment Group will once again be assisting its clients in making submissions to the government on the impact of these proposed measures, as well as in formulating and implementing strategies to minimize the impact of the U.S. tariffs and Canadian retaliatory surtaxes on their North American and international supply chains. 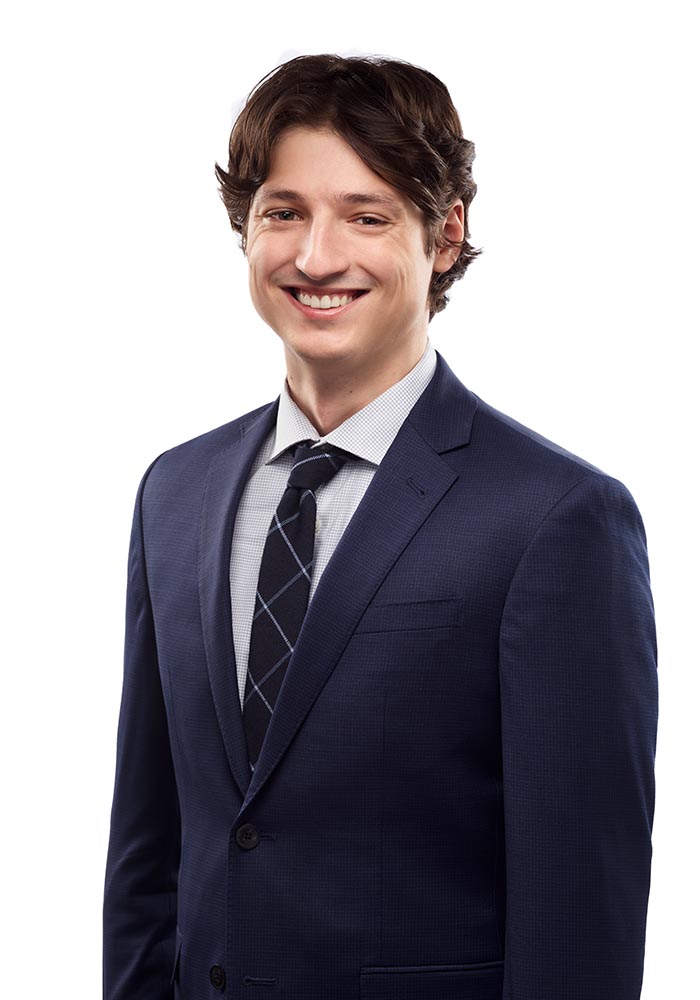 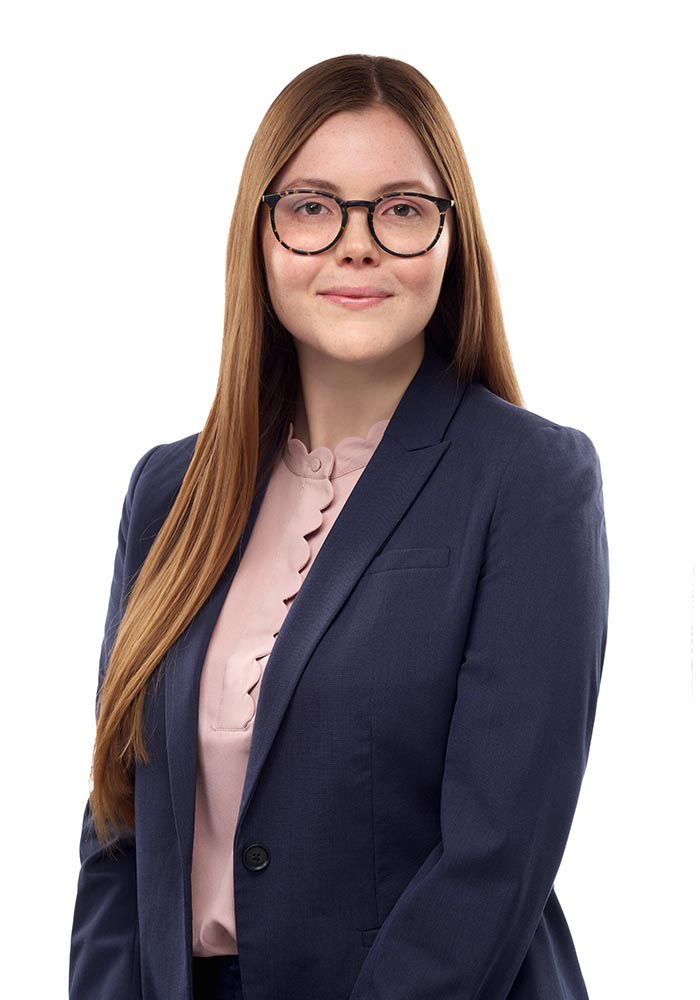