Last week, the British Columbia Supreme Court ruled that the BC government has unjustifiably infringed the treaty rights of Blueberry River First Nation (“Blueberry”) through the cumulative effects of provincially authorized industrial development, including the authorization of significant oil and gas and forestry activities over the last several decades.

In a precedent-setting decision, Justice Burke ruled that Province has taken up lands to such an extent that there is no longer sufficient and appropriate lands for Blueberry to meaningfully exercise their treaty rights in their 38,000 square kilometer traditional territory in northeastern BC, which includes the Montney gas basin. She also concluded that BC’s decision-making processes do not adequately consider cumulative impacts on treaty rights. The decision in Yahey v. British Columbia does not affect existing Crown approvals in Blueberry’s traditional territory but the Court declared that the Province may not continue to authorize activities that unjustifiably infringe Blueberry’s treaty rights or the treaty promise to protect their way of life, although it suspended this declaration for six months.

This decision raises novel issues and there could be multiple appeals. The case and any appeals will have implications for future projects in Blueberry’s traditional territory which overlaps with several other First Nations. The decision will also likely lead to more cumulative effects treaty infringement claims by Indigenous groups to dispute past and future industrial development, although each case will need to be considered based on its particular facts and the treaty context and future cases may consider the role of the justification defense which BC did not advance in final argument.

In this claim, Blueberry River argued that the Province had infringed their rights under  Treaty 8, a historic treaty that was negotiated over a century ago that covers a large territory including portions of northeastern BC, northern Alberta, northwest Saskatchewan, and southern Northwest Territories.

Blueberry argued that a fundamental promise of Treaty 8 was that Indigenous signatories and adherents would be able to continue their way of life based on hunting, trapping and fishing. They asserted that the Province has infringed their rights through the cumulative impact of provincially authorized industrial developments in their traditional territory.

The Province denied any infringement and argued that Treaty 8 did not protect the mode of life that existed at the time the Treaty was made and instead was designed to open up land for settlement and development and foreshadowed change. The Province argued that that Indigenous signatories to the Treaty understood that they would not be able to hunt, trap, and fish on land that was taken up by the Crown for settlement or other purposes. Based on the land “taken up” clause in Treaty 8 and other jurisprudence, the Province argued that Blueberry was required to prove that there was no meaningful right to hunt, fish, or trap in their territory to establish an infringement and they had not done so.

In a 512-page ruling following a 160 day trial, Justice Burke rejected BC’s position and found that:

…the province’s conduct over a period of many years – by allowing industrial development in Blueberry’s territory at an extensive scale without assessing the cumulative impacts of this development and ensuring that Blueberry would be able to continue meaningfully exercising its treaty rights in its territory – has breached the Treaty.

…for at least a decade, the Province has had notice of Blueberry’s concerns about the cumulative effects of industrial development on the exercise of its treaty rights.  Despite having notice of these legitimate concerns, the Province failed to respond in a manner that upholds the honour of the Crown and implements promises contained in Treaty 8.  The Province has also breached its fiduciary duty to Blueberry by causing and permitting the cumulative impacts of industrial development without protecting Blueberry’s treaty rights.[1]

The decision is based on four findings.

First, Justice Burke found that Treaty 8 “protects Blueberry’s way of life from forced interference, and protects their rights to hunt, trap, and fish in their territory.”[2] She held that inherent in the promise to protect their way of life “is that the Crown will not significantly affect or destroy the basic elements or features needed for that way of life to continue.”[3] The written text of Treaty 8 does not include a promise to protect First Nations’ way of life. This finding was based on evidence of oral assurances provided during negotiations including from the Treaty Commissioners and the Court’s interpretation of what those assurances meant. The finding impacted the Court’s interpretation of the scope of the land take-up clause, holding that the Province cannot take up so much land that Blueberry “can no longer meaningfully exercise its right to hunt, trap, and fish in a manner consistent with its way of life.”[4]

Second, Justice Burke held that the appropriate standard to establish infringement in this case was whether Blueberry’s treaty rights “have been significantly or meaningfully diminished when viewed within the way of life from which they arise and are grounded.”[5]  In so doing, the Court rejected the Province’s argument that the test for infringement of Treaty 8 was “whether the Crown has taken up so much land that ‘no meaningful right’ to hunt, fish or trap remains,” which the Province argued was consistent with the Supreme Court of Canada’s 2005 decision in Mikisew Cree.[6]

Third, the Court held that Blueberry’s treaty rights have been infringed by BC. This was based on findings relating to a range of expert and lay evidence, including:

The Court held that the scale of industrial disturbance was a “persistent reality [that] has contributed to a compilation of adverse effects — or as is said — ‘death by a thousand cuts.’”[9] Justice Burke concluded that the “tipping point has been reached” and Blueberry’s treaty rights have been significantly and meaningfully diminished by the magnitude of authorized development.[10] The Court rejected the Province’s position that it could not advance a justification defence before the scope of the rights were known, although noted that it would have been difficult for the Province to justify the infringements in light of the evidence.

Fourth, the Court held that BC had failed to diligently implement treaty promises despite having notice of Blueberry’s concerns for two decades. The Court was very critical of the province’s current regulatory framework and found that they failed to adequately consider cumulative impacts to treaty rights. Among other things, the Court held that the Province has no substantive measures in place to avoid cumulative impacts from oil and gas development on Blueberry’s traditional territory and the Province “scarcely considers treaty rights in its oil and gas regime.”[11] The Court also held that the decision makers in the Province’s forestry regime lack sufficient authority to manage cumulative effects. The Court considered the Province’s Cumulative Effects Framework developed for the natural resources sector in 2016 and found it to be “plagued by inordinate delay,”[12] and that it did not result in a paradigm shift and was “largely business as usual, as applicable legislation and policy remained unchanged.”[13]

Finally, the Court held that Blueberry’s harvesting rights within Treaty 8 attract the Crown’s fiduciary obligations and this requires the Province to act in good faith to seek to address Blueberry’s concerns regarding the cumulative impacts of development on the exercise of its treaty rights. In the Court’s view, this required the Province to develop ways to manage and mitigate these effects and pause some development pending the results of this work. The Court noted that the usual place for discussing impacts to treaty rights and minimizing infringements is in consultation but that consultation on a permit-by-permit basis has not been an appropriate way to address Blueberry’s concerns about cumulative impacts.

Justice Burke declared that BC “may not continue to authorize activities that breach” Treaty promises, but suspended the declaration for six months while the parties negotiate changes to relevant regulatory regimes.[14] The Court also declared that “the parties must act with diligence to consult and negotiate for the purpose of establishing timely enforcement mechanisms to assess and manage the cumulative impact of industrial development on Blueberry’s treaty rights, and to ensure these constitutional rights are respected.”[15]

Last week’s decision marks the first case in which an Indigenous group has successfully advanced an infringement claim based on the cumulative effects of industrial development. There may be multiple appeals but in the meantime it will likely lead to similar claims by other First Nations under Treaty 8 and other historic treaties and will be relied upon in existing cumulative effects claims that have been commenced with respect to Treaty 4 and 6.[16] Future claims may include more limited claims focused on smaller areas of importance or specific projects, although the establishment of a cumulative impacts infringement claim remains complex and each case will be dependent on its specific facts and treaty context.

The written text of the Historic Numbered Treaties, which cover land from northern Ontario to BC, have similar provisions relating to harvesting rights and land take-up clauses.  However, it is important to note that the interpretation of Treaty 8 here was largely driven by what was said during the negotiations of this historic treaty and specifically the oral treaty promise found by Justice Burke and the interpretation of what this assurance gave rise to. It was also driven by the evidence on the extent of development in Blueberry’s traditional territory.

This decision is another reminder of the need to consider and address cumulative impacts on Aboriginal and treaty rights particularly in areas of significant development.  It echoes some of the issues articulated by the Alberta Court of Appeal in its 2019 decision in Fort McKay First Nation v. Prosper Petroleum.

The most immediate impact will be felt by BC’s authorization regime, particularly any projects that require future approvals in the Blueberry traditional territory. This could impact proponents and First Nations with overlapping territories. However, it is important to note that approvals that do not infringe Blueberry’s treaty rights would not be captured by the Order issued by Justice Burke.

Regardless of any appeal, the decision will likely lead to a review of BC’s regulatory framework vis-à-vis cumulative impacts on Aboriginal and treaty rights and it may cause other provinces, territories and the federal government to review their decision-making processes on this issue. The decision underscores the need for governments to ensure that there are robust frameworks for addressing cumulative impacts on Aboriginal and treaty rights, which is not something that can be adequately addressed in individual project reviews. This is a long-standing area of concern that requires more comprehensive action as discussed in a 2019 paper “Forging a Clearer Path Forward for Assessing Cumulative Impacts on Aboriginal and Treaty Rights.”

The practicality of justifying various regulatory regimes and approvals is daunting. In contrast to Ahousaht, in which the Crown sought to justify the cumulative effects of one fishing regime, the Province here would need to bring evidence to justify multiple regulatory regimes and approvals over the course of a twenty-year period.[18] Other infringement claims may be more narrowly framed and more amenable to a justification defence, such as a claim for infringement caused by an individual project.

The BC Supreme Court’s ruling will inevitably draw the attention of Indigenous groups, governments, and industries across the country to the opportunities and risks of ‘cumulative effects’ claims, which may create further uncertainty for project approvals in Canada. Many will be closely watching as the appeal deadline of July 29th approaches and how the Province responds to the significant criticisms raised with respect to its current approach to addressing cumulative impact issues. 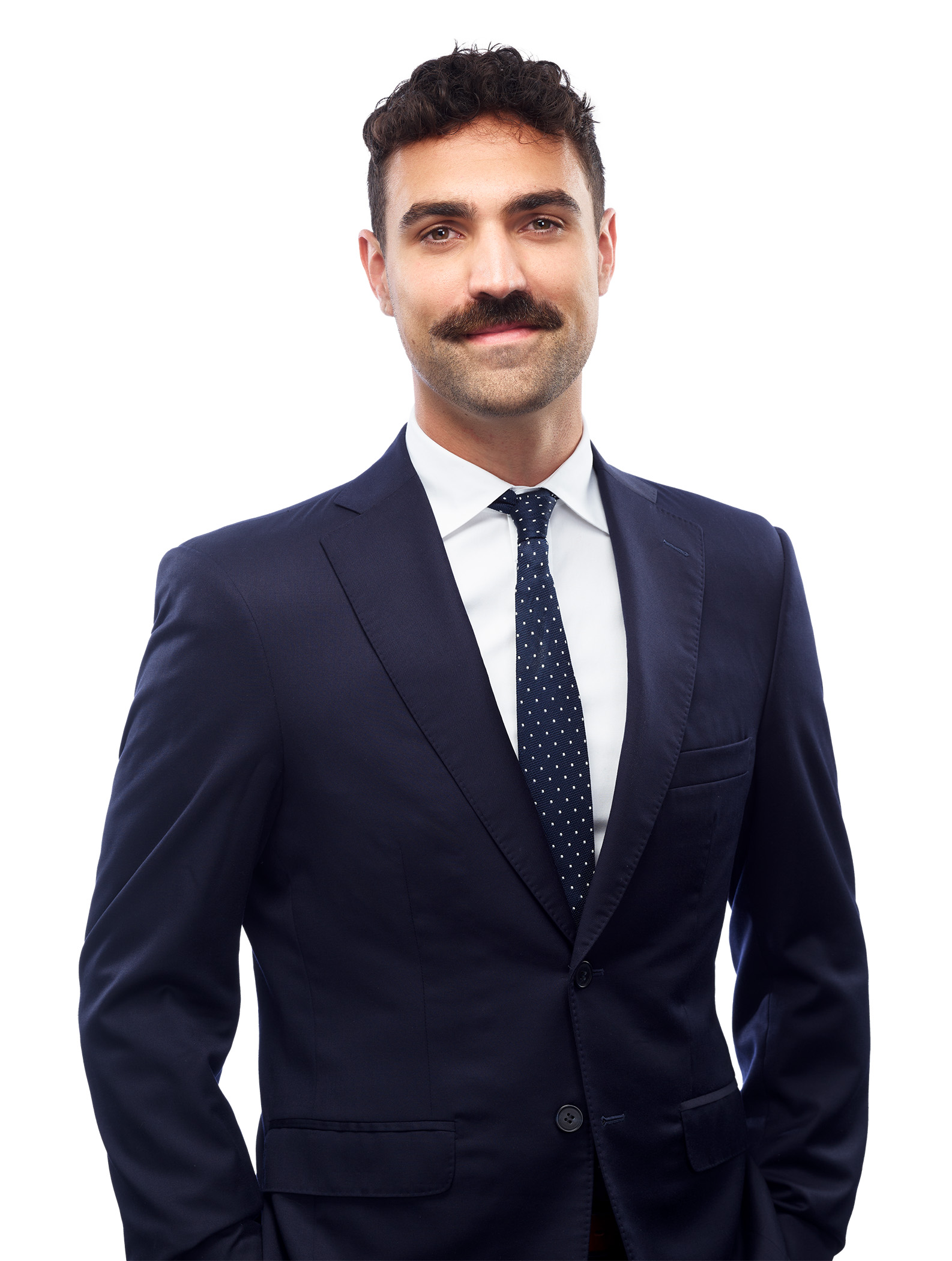 Learn more about Will Dandie