Election Day 101: Read this before you vote or volunteer in Canada’s federal election

On October 21, 2019, Canadians will elect our 43rd Parliament. The Canada Elections Act (the “Act”) governs what candidates, volunteers, and voters may (and may not) do on Election Day. Here’s what you need to know.

This election law primer is intended as general guidance only. Please contact Awi Sinha or Adam Goldenberg if you have any specific questions. We would be pleased to assist you.

You must be at least 18 years old and a Canadian citizen on October 21 to vote in this election. You must also prove your identity and address. There are three ways in which you can do this.

First, you can prove your identity with one piece of identification (“ID”). This must be a driver’s license or another identification card issued by a Canadian government (federal, provincial, territorial, or local) with your name, photo, and current address.

Second, you can prove your identity with two pieces of identification. Both must have your name, and at least one must have your current address. Some examples of accepted IDs are Voter Information Cards (“VICs”), credit card statements, and documents issued by your school, college, or university. Refer to Elections Canada’s website for a list of acceptable forms of ID to avoid issues at the polls.

Where do I vote?

You must vote at your assigned polling station. Your VIC will indicate your station. If you are unsure or have not received your VIC, Elections Canada has an online tool for finding your voting location.

Electors can check their VICs to determine the accessibility of their assigned polling location. Elections Canada uses the Polling Place Suitability Checklist to determine whether a polling location is accessible. The checklist contains 37 accessibility criteria, 15 of which are mandatory. Contact Elections Canada if your assigned polling station is not accessible to you. You may be issued a Transfer Certificate to vote at a more accessible polling station within your riding.

When can I vote?

Polling stations will be open for 12 hours on Election Day. These hours will vary by time zone:

Voting hours may be extended if voting does not start on time or is interrupted.

How do I vote?

When you arrive at your polling place, you may find stations for multiple polling divisions. Find the station corresponding with the number on your VIC or ask Elections Canada staff for directions.

At the station, you will find a Deputy Returning Officer (“DRO”) and a poll clerk. There may also be individuals representing candidates. After you present your identification, you will be handed a folded ballot initialed by an election officer. Take the ballot behind a voting screen and, if you wish, make a mark in the circular space next to your preferred candidate’s name. Take the ballot back to the station and deposit it in the ballot box. You must leave the polling place when you are finished.

If you are not on the voters list, then you may register to vote by providing a piece or pieces of identification. (See Who can vote?, above.) You must be at the polling place for the polling division in which you live. Once you have registered, you may receive a ballot and proceed to vote.

It is illegal to display your marked ballot. The Act also requires that every person present at a polling station maintain the secrecy of the vote. Alas, this means you may not take a photo or video “selfie” with your ballot at the polling station.

For more information on voting, visit the “Voters“ page on Elections Canada’s website.

Volunteering for an election campaign is another significant way to engage in our democratic process. Volunteering includes any services provided free of charge by a person outside their working hours. Note that this does not include services provided by a self-employed person who normally charges for those services.

Any person can volunteer for a political entity, even if they are not a Canadian citizen or permanent resident. However, corporations, trade unions, associations, and groups cannot supply volunteer labour.

Before the polls open

The primary manner of volunteering on Election Day is to serve as a candidate’s representative at a polling station. These representatives are commonly known as “scrutineers”.

Your role as a candidate’s representative is to observe the electoral process, including voting and the counting of the ballots after the polls close.

If you arrive before the polling station opens, then, as a candidate’s representative, you are entitled to have ballots counted in your presence, to inspect the polling materials, and to observe the sealing of the ballot boxes.

While the polls are open

As a candidate’s representative, you are entitled to remain in the polling station throughout the day and to observe voting. You are also entitled to request and receive an update from the poll clerk every hour with information on which voters have voted or forfeited their right to vote.

You may also challenge an elector’s eligibility to vote. A candidate’s representative may present such a challenge to the DRO at the polling station they are observing. The DRO may, at the request of a candidate’s representative, require an individual to make a statutory declaration regarding their identity and eligibility to vote. Once the individual makes the declaration, they are entitled to receive their ballot. If the individual refuses to make the declaration, they will not be allowed to vote.

Though a candidate’s representative has significant access to a polling station, you must not interfere with the voting process. You are not permitted to wear anything identifying your candidate or party affiliation, including buttons, logos, or colours — if you are “scrutineering” for the Liberal candidate in your riding, for example, you should avoid wearing red clothing or accessories. You may not speak to electors, touch ballots or electors’ identification, request or reveal information about how a voter voted, go behind the voting screens while an elector is voting, or compromise the secrecy of the vote. A candidate’s representative who is disruptive or who does not follow the rules may be ordered to leave the polling place by a returning officer.

Election advertising is not permitted on Election Day before all polling stations in an electoral district have closed. Election advertising includes anything with a “placement cost” — i.e., that costs money to disseminate — that can be seen, read, or heard that promotes or opposes a political party or candidate, or takes a position on an issue that is associated with a candidate or party. These rules extend to paid online advertising.

There are exceptions, however. Canvassing is not considered election advertising. It is therefore permitted as usual on Election Day, subject to the exceptions in sections 81 and 81.1 of the Act. Campaign volunteers may also distribute pamphlets and post messages on election signs, posters, or banners on Election Day, subject to the rules that apply throughout the election period.

For more information on what is permitted and restricted during a blackout period, visit the “Political Financing Handbook for Candidates and Official Agents“ and “Election Advertising on the Internet“ pages on Elections Canada’s website.

After the polls close

After voting ends, the returning officer will close and lock the doors to the polling place. If you are a candidate’s representative, you must be inside prior to the doors’ closing if you wish to observe the counting of the ballots. You will not be allowed to leave and re-enter once the doors are closed.

You are permitted to observe the counting of the ballots and may request a tally sheet to keep your own score of the voting.

You may object to ballots that are unmarked or incorrectly marked. The DRO will make a record of every objection. The DRO has final say on whether a ballot is rejected. After all ballots have been counted and sealed in their respective envelopes, you may sign the envelopes. When the unofficial count is complete, you may share the results with your candidate.

Thank you for participating in our democracy on October 21. See you at the polls!

Our team at McCarthy Tétrault can help. Please contact Awi Sinha or Adam Goldenberg if you have any questions or for assistance.

[1] Two representatives are permitted at polling stations in long-term care facilities, but only one representative is permitted to go room to room if bedside voting is conducted. 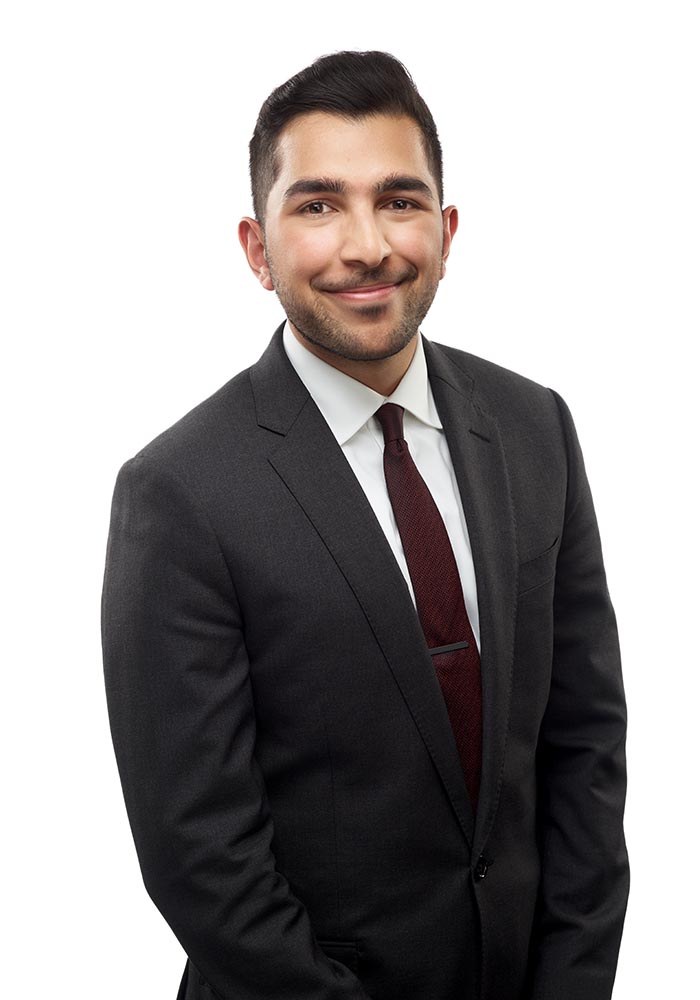