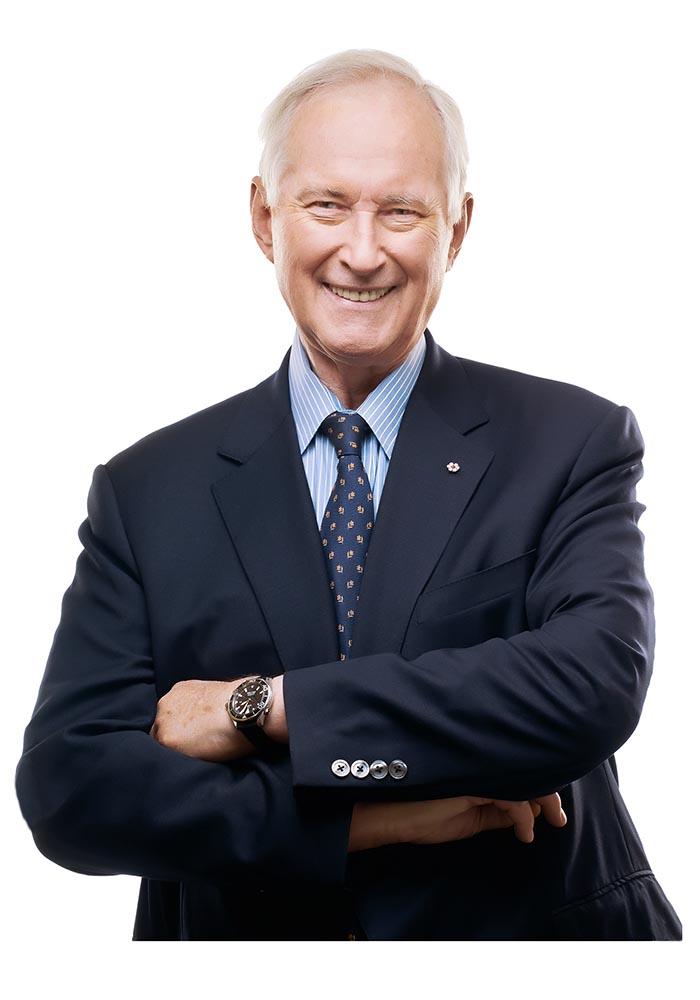 Richard Drouin is counsel at the law firm of McCarthy Tétrault. He is also Chairman Emeritus of Stonebridge Financial. He received his diploma of college studies from Collège Jean-de-Brébeuf and his law degree from Université Laval.

Richard Drouin is companion of the Order of Canada and officer of the Ordre national du Québec. He is a recipient of the “Gloire de l’Escolle” Medal of the Université Laval and was awarded an honorary doctorate by the Université Lumière in Lyon. In 2011, he was awarded the title advocatus emeritus by the Québec Bar in recognition of his outstanding professional achievements.

In 1999, he served as Chairman of the Judicial Compensation and Benefits Commission for federally appointed judges for a four-year term. From 1998 to 2017, he was Honorary Consul of England in Quebec City.

He is a Fellow of the Royal Canadian Geographical Society of Canada.