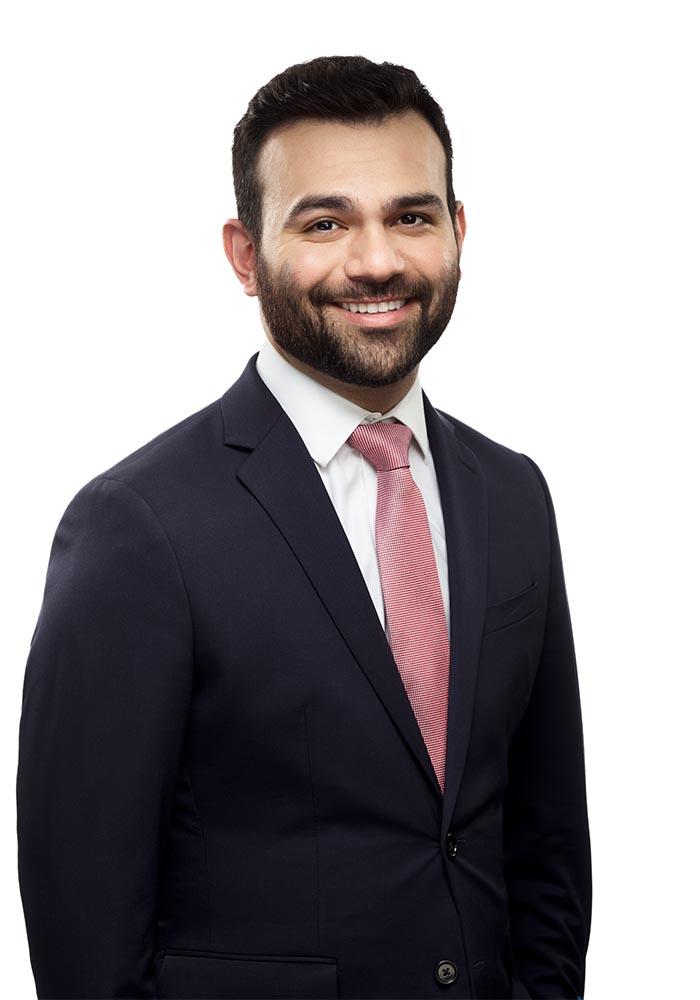 Rauf was born and raised in Baku, Azerbaijan. He completed his J.D. at Osgoode Hall Law School. Rauf received his Honours Bachelor of Arts (with high distinction) from the University of Toronto. Prior to moving to Canada, he attended medical school and music school in Baku.

While at Osgoode, Rauf was awarded the Blake, Cassels & Graydon LLP Scholarship and the Harry R. Rose Criminal Law Prize. He completed a judicial externship with ten judges of the Ontario Court of Justice at Old City Hall. Rauf also worked as a research assistant for Professor Janet Walker and helped edit Halsbury’s Laws of Canada – Conflict of Laws.

Prior to his legal studies, Rauf interned at the Canadian Civil Liberties Association, FCJ Refugee Centre, and the Mosaic Institute. As a singer, he has performed before world leaders and at venues like the Bolshoi Theatre in Moscow and the United Nations Educational, Scientific and Cultural Organization (UNESCO) headquarters in Paris.

Outside the office, Rauf loves travelling and being in nature. In addition to English, he speaks Russian, Azerbaijani and Turkish.