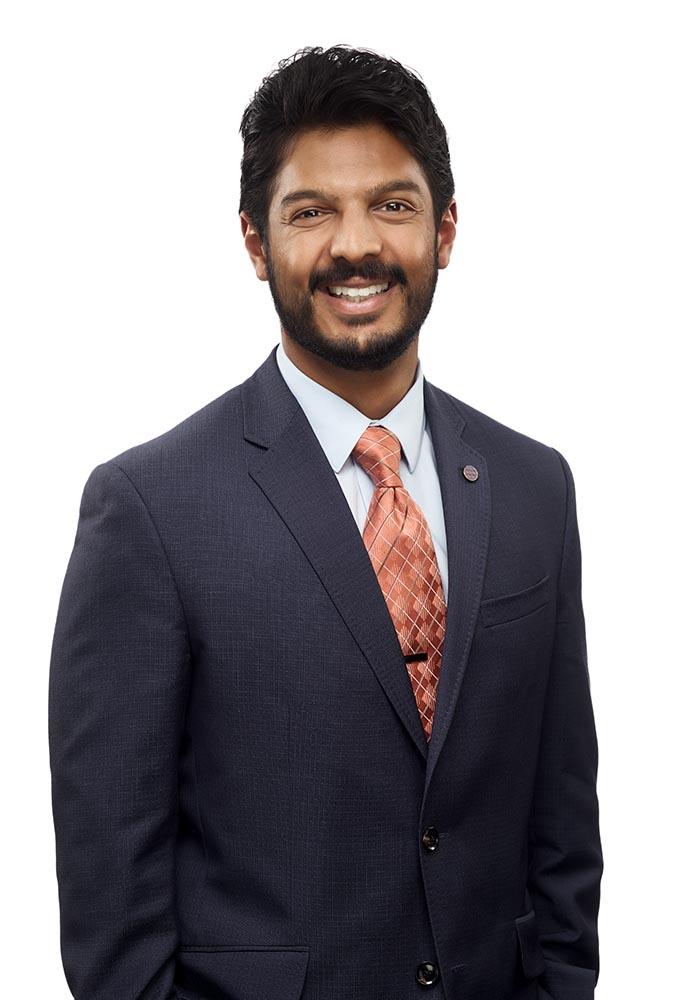 Nish Jain received his JD from Western Law in 2020. He received a Bachelor of Business Administration degree from the University of Regina in 2017, with a major in Finance. Nish also passed the CFA Level II exam in June of 2018. Nish spent a semester abroad in his final undergraduate year at the Strathclyde Business School in Glasgow, Scotland. Nish plans to use his background and interest in Finance to bolster his legal career moving forward.

In his summer after 1L, Nish worked in-house with CIBC’s legal team through the McCarthy Tétrault and Western Law Business Law Internship. Prior to law school, Nish worked as a Communications Officer with CBC Saskatchewan, where he worked with social media analytics and online contests. Nish was also the Co-Chief Investment Officer of the University of Regina Investing Fund, a university-sanctioned, student-run investment fund that invests over $1.5M in Canadian and U.S. equities, Canadian fixed income, and Canadian and U.S. REITs.

In his 2L year, Nish volunteered as a Case Manager with the Sport Solution Legal Clinic, which provides advice to national and Olympic-level athletes from all over Canada. In his final year at Western Law, Nish co-chaired the Obiter Dicta committee and organized (as well as performed in) Western Law’s flagship annual charity concert. In 2020, Obiter Dicta raised close to $7,000 through sponsorship and ticket sales for St. Joseph’s Hospice, a palliative care and bereavement facility located in London, ON.

Nish has an avid interest in sport and music. He played varsity rugby at the University of Regina as well as with various club teams. One of the clubs Nish has played with is the Dog River Howlers, an invitational rugby club that tours to various parts of the world, as well as raises funds and contributes to worthwhile endeavours unrelated to rugby. Nish also helped coordinate a Saskatchewan-based high-performance rugby academy called “MacDowellRugby”, a year-round academy aimed at developing Saskatchewan athletes for the provincial and national teams, alongside former Canadian rugby 7s player, Robin MacDowell.

In his spare time, Nish enjoys collecting vinyl records, playing the piano and guitar, and recording music. He is currently working on building up a personal collection of both acoustic and electric guitars.