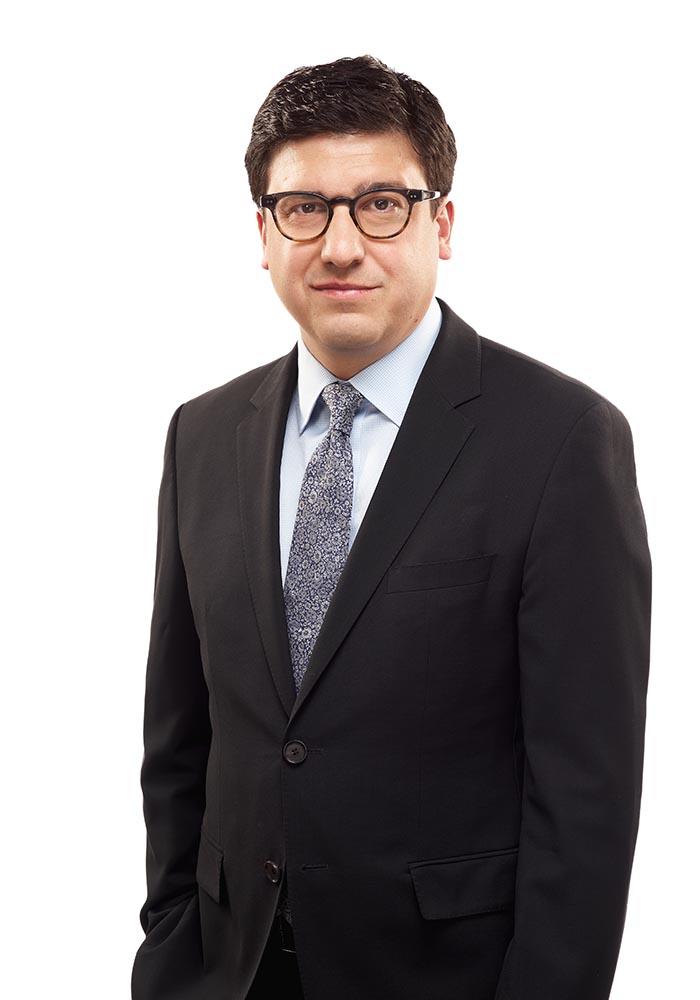 Nikiforos (Niki) Iatrou is a partner in the firm’s Competition/Antitrust and Foreign Investment Group in Toronto. He has been ranked in Lexpert’s Special Editions of Canada’s Leading Litigation Lawyers since 2017 and has been described by a former Commissioner of Competition as "someone with terrific common sense, very good intuition, and wisdom beyond his years" (Precedent Magazine, 2014). In addition to his general corporate/commercial litigation experience, Niki is regarded by Chambers and other leading directories as one of Canada’s top competition litigators (Band 2).

Clients like Facebook, PayPal, eBay, Airbnb, and Rakuten Kobo have turned to Niki when facing serious competition concerns, including where competition law intersects with other areas of regulatory law, like privacy and advertising. He focuses on high-stakes, contentious competition issues, including mergers, criminal cartels, abuses of dominance, deceptive marketing claims, and competition class actions. He is adept at helping clients navigate complex regulatory investigations, and advocating before courts and administrative agencies on their behalf.

Recent examples of his work include acting for Facebook in relation to the Commissioner of Competition’s investigation into privacy matters related to Cambridge Analytica. He acted for Rakuten Kobo in Canada’s eBooks case, where Niki successfully obtained the first-ever injunction against the Commissioner and the first-ever order of the Competition Tribunal rescinding the Commissioner’s consent agreement with various eBook publishers. Niki’s creative approach to litigating competition law saw him obtain leave of the Tribunal to bring a private action against music publishing companies, one of the few instances of the Tribunal allowing a private party, rather than the Commissioner of Competition, to bring a private application before it. In class actions, Niki has recently acted and is currently acting on class actions regarding generic pharmaceuticals, fresh salmon, computer components and hard drives, auto parts, and sub-sovereign bonds.

Niki was previously counsel to Canada’s Commissioner of Competition, enabling him to provide clients with unique insight and a deep understanding of how the Competition Bureau operates.While there, Niki acted as lead counsel for the Commissioner before the Competition Tribunal and the Federal Court of Appeal on Canada’s leading case on merger challenges and efficiencies and before the Tribunal on Canada’s first “greenwashing” cases, in respect of misleading environmental claims. Niki was also counsel to the Commissioner on dozens of high-profile mergers, including Suncor/Petro-Canada (retail gas), BFI-Waste Services Inc. (commercial waste), Bell/Rogers/MLSE (broadcasting), and BHP-Billiton/Potash Corp. (potash mining).

He has been repeatedly recognized in Chambers Global, Benchmark Litigation, and the Global Competition Review as a leader in corporate commercial litigation and competition law and is also featured in Who's Who Legal: Competition Future Leaders – Partners. Outside the world competition law, Niki has worked on all manner of commercial litigation matters, with a particular focus on cross border litigation, the intersection between public law and commercial law, and the use of interim injunctions to advance his clients’ legal positions, including through Mareva Injunctions and Norwich Orders.

A former clerk for the Court of Appeal of Ontario, Niki frequently speaks at conferences both in Canada and internationally and plays leadership roles in the Canadian and American Bar Associations' competition law committees. He is widely published, most recently as editor of Litigating Competition Law in Canada (LexisNexis Canada, 2018). The publication focuses on the advice needed to advance or defend competition litigation in Canada and is the only Canadian textbook dedicated to the topic. He also is a co-author, with former Supreme Court of Canada Judge the Hon. Thomas Cromwell and Bryan Finlay QC of Witness Preparation: A Practical Guide (Thomson Reuters, 2018), now in its 4th edition.

Inns of Court in London, England