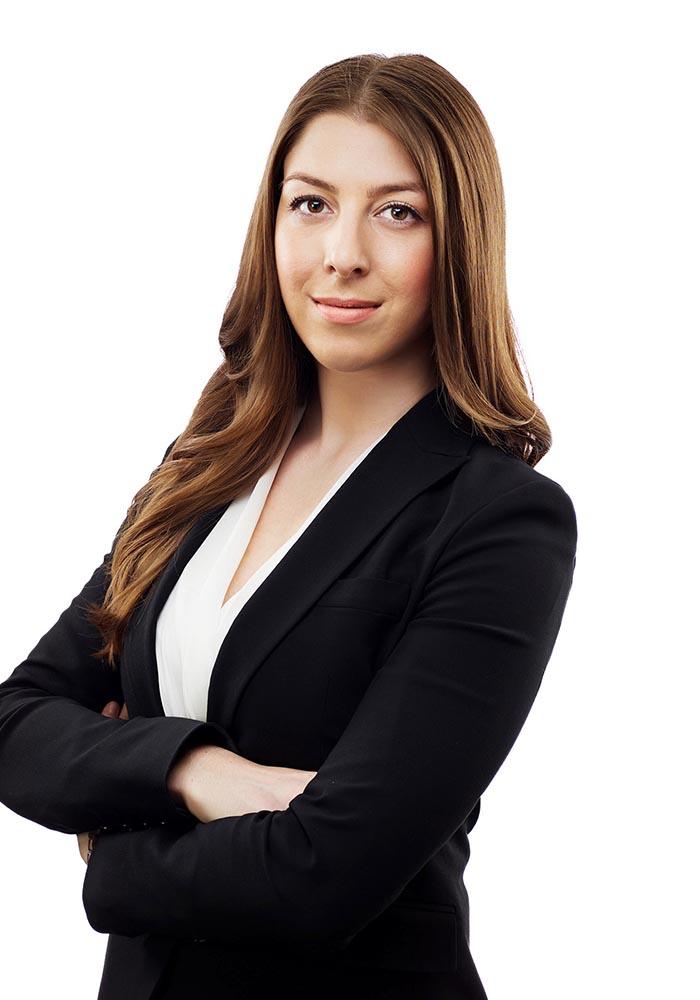 Natalie V. Kolos is an associate in our Litigation Group in Toronto. She maintains a general litigation practice, with a focus on commercial disputes, professional liability, white collar defence and investigations, and criminal and constitutional law.

Natalie has appeared before the Ontario Court of Justice, Ontario Superior Court of Justice, and the Supreme Court of Canada. She recently served as counsel in Christine DeJong Medicine Corporation v. DBDC Spadina Inc, 2019 SCC 30, a leading case on corporate liability for wrongdoing of their officers and directors. In that case, the Supreme Court of Canada expressly adopted the Chamber of Commerce’s proposed clarification to the Canadian Dredge & Dock Co. v. The Queen, [1985] 1 S.C.R. 662 criteria for attributing criminal and civil liability to corporations.

Natalie received her JD from Western Law, where she graduated on the Dean’s Honor List and received the J.S.D. Tory Writing Prize for excellence in writing and legal research. While in law school, Natalie was a research and editing assistant to two leading tort-law scholars and served as Deputy Editor-in-Chief of the Western Journal of Legal Studies.

Natalie was also extensively involved in mooting, earning awards for her oral and written arguments on criminal and constitutional law, ethics, and public international law. She earned First Place Factum at the Lerners LLP Moot and Second Place Team at the Lenczner Slaght Moot. She represented Western Law at the Philip C. Jessup Public International Law Moot, where she was recognized as a Top Oralist and earned Third Place Team at the Canadian rounds. Most recently, Natalie represented the University of Ottawa’s Faculty of Law at the Willem C. Vis International Commercial Arbitration Moot, where she was awarded the Martin Domke Award for Best Individual Oralist and the Eric Bergsten Award for Winner of the Moot at the international rounds in Vienna, Austria.

Before law school, Natalie obtained a BA (with High Distinction) in Political Science and an Honours BA in Law from Carleton University.