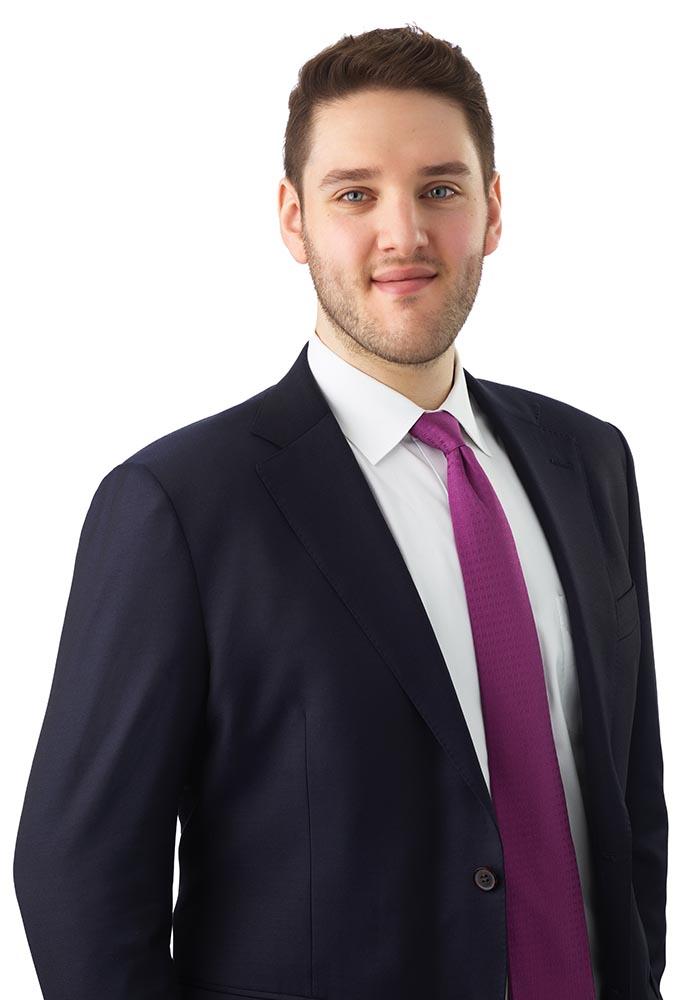 Matthew Sanders is an associate in our Business Law Group in Toronto. He maintains a general corporate, commercial and securities practice which includes assisting both public and private clients with corporate finance, mergers and acquisitions, and commercial transactions. Matthew has experience assisting clients in a variety of industries, including: food & beverage; pharmaceuticals; cannabis; technology; professional sports; gaming; and mining.

Some of his representative transactions include:

Matthew is an adjunct professor at the University of Western Ontario, Faculty of Law, teaching “Cannabis Law and Practice”.

During his articles, Matthew was seconded to the Enforcement Branch of the Ontario Securities Commission. Additionally, prior to practising law, he worked in both business and legal capacities with several publicly traded licensed cannabis producers.

Matthew was called to the Ontario bar in 2019 and is a member of the Law Society of Ontario.