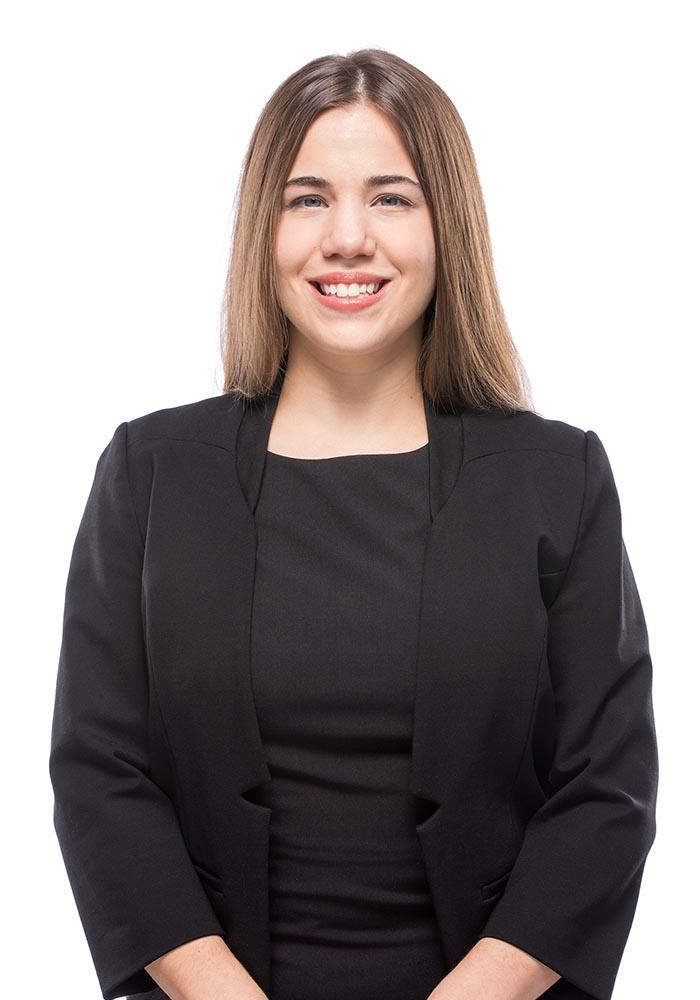 Laurence Landry-Plouffe is an associate in our Labour and Employment Group in Montréal. Her practice focuses on collective and individual labour relations law at both the provincial and federal levels. She represents employers from diverse backgrounds, particularly in the interpretation and administration of collective agreements, wrongful dismissal, employment contracts, employment policies, labour standards, and workplace discrimination and harassment.

Laurence received her bachelor’s degree in law with distinction from Université du Québec à Montréal, during which she won several awards for her academic record and made the faculty’s honour roll every semester. While at university, she clerked with the Honourable Jean-Pierre Archambault at the Court of Québec and was involved in the Pro Bono Students Canada program and her university’s legal clinic. Laurence was also a teaching assistant for several courses.

During her bachelor’s degree in political science at Université de Montréal, Laurence had the opportunity to spend a semester abroad at the Pontificia Universidad Católica de Chile in Santiago. She made the dean’s honour list throughout her bachelor’s degree and received the Jocelyne-Dion scholarship for finishing first in her class.

She developed a keen interest for advocacy when she participated at the Pierre-Basile Mignault Moot Court Competition, where she won the Éditions Yvon Blais Cup and the Canadian Bar Cup. She was called to the Quebec Bar in 2018.