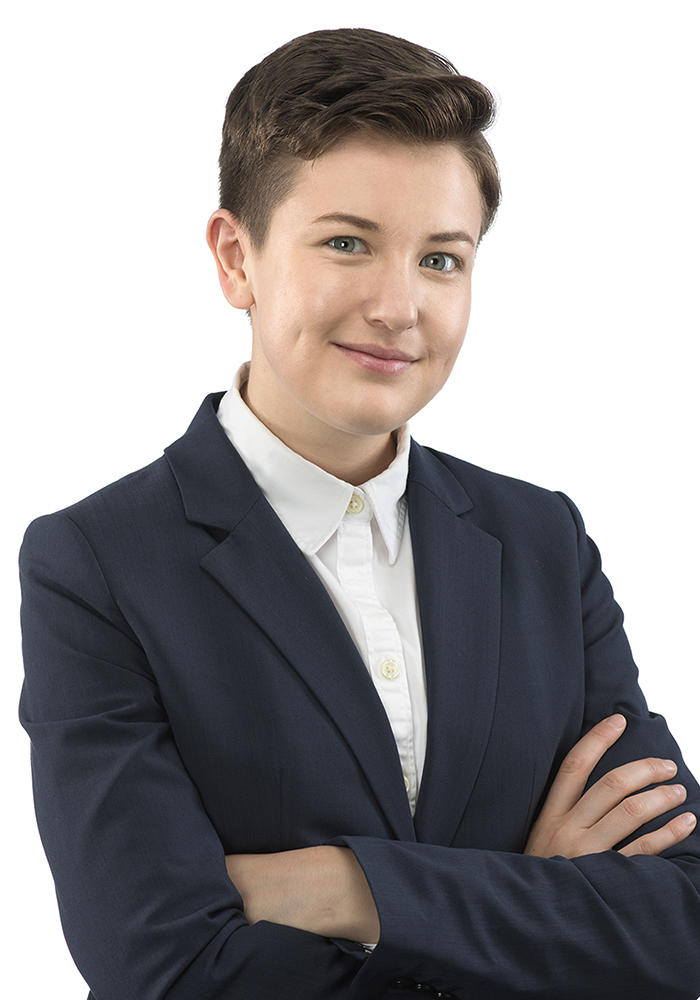 Originally from Guelph, Ontario, Julia completed her undergraduate degree in Economics and Political Science at the University of Ottawa, where she studied in French Immersion. During her undergraduate, Julia conducted research in the areas of governance and health economics, served as president of her student association, and completed co-op terms with the Mergers Branch of the Competition Bureau and Global Affairs Canada.

At the Peter A. Allard School of Law (UBC), Julia has volunteered with Pro Bono Students Canada, benefited from the teachings of the Indigenous Legal Studies Program’s cultural competency certificate, and been an active member of Vancouver’s social justice legal community. She competed in the Laskin Moot in 2017–2018 as a French oralist, works as a research assistant in the area of criminal law reform, and is currently serving as Editor-in-Chief (Editorial) of the UBC Law Review. In the summer of 2017, she worked in civil litigation with the Ontario Ministry of the Attorney General. After law school, Julia will be clerking at the British Columbia Court of Appeal.

Outside the office, Julia enjoys fixing bikes, drawing, and spending time in the mountains.