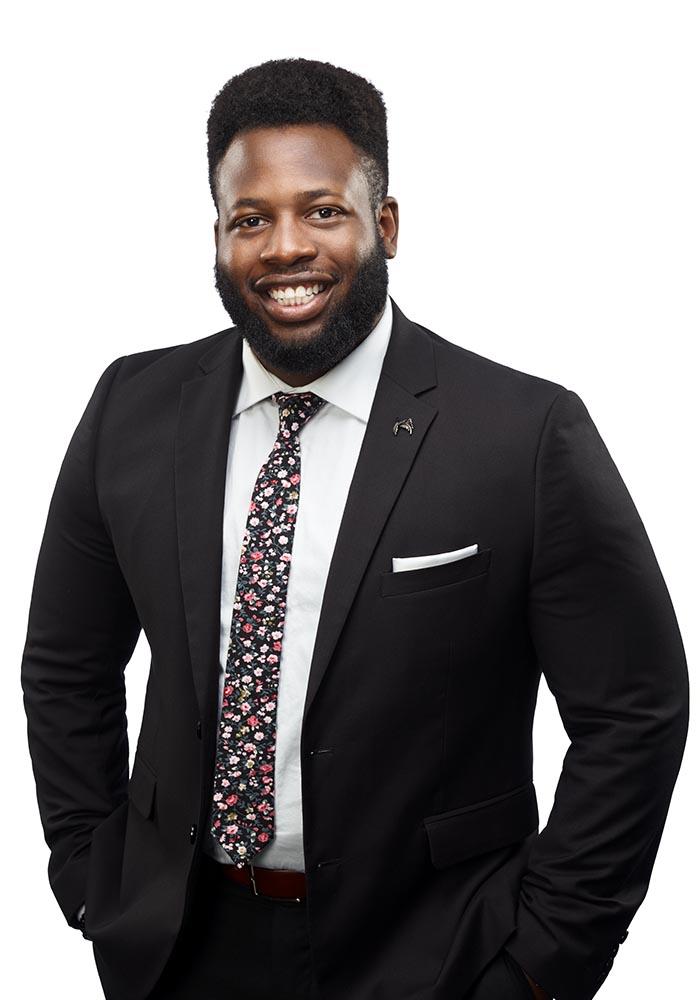 Joshua is a Juris Doctor candidate at Lincoln Alexander School of Law at Toronto Metropolitan University.

Prior to law school, Joshua obtained a Bachelor of Arts degree at the University of Guelph, with a double major in Criminal Justice Public Policy, and Political Science. Joshua then completed a Master’s Degree in Public Policy and Administration at Ryerson University, before working as a Policy Advisor with the Ministry of Children, Community, and Social Services.

As a master’s student, Joshua represented Toronto Metropolitan University at the National Case Competition, and was an Executive Council Member for his graduate program. He also worked as a Community Consultant for Toronto Police, and Graduate Teaching assistant. His academic success and contribution to campus activities, earned him several awards and distinctions, including the Manager of the Year Award in 2018, the Ontario Graduate Fellowship Scholarship, and a Graduate Development award.

Since attending Lincoln Alexander, Joshua has combined his interest in policy and advocacy by co-founding the Law and Policy Society, and working as a Peer Leader with the Young Worker’s Rights Hub at Toronto Metropolitan University. Joshua recently accepted a role as Justice Education Fellow, with the Ontario Justice Education Network, where he’ll be representing Lincoln Alexander for the 2022-23 calendar year.