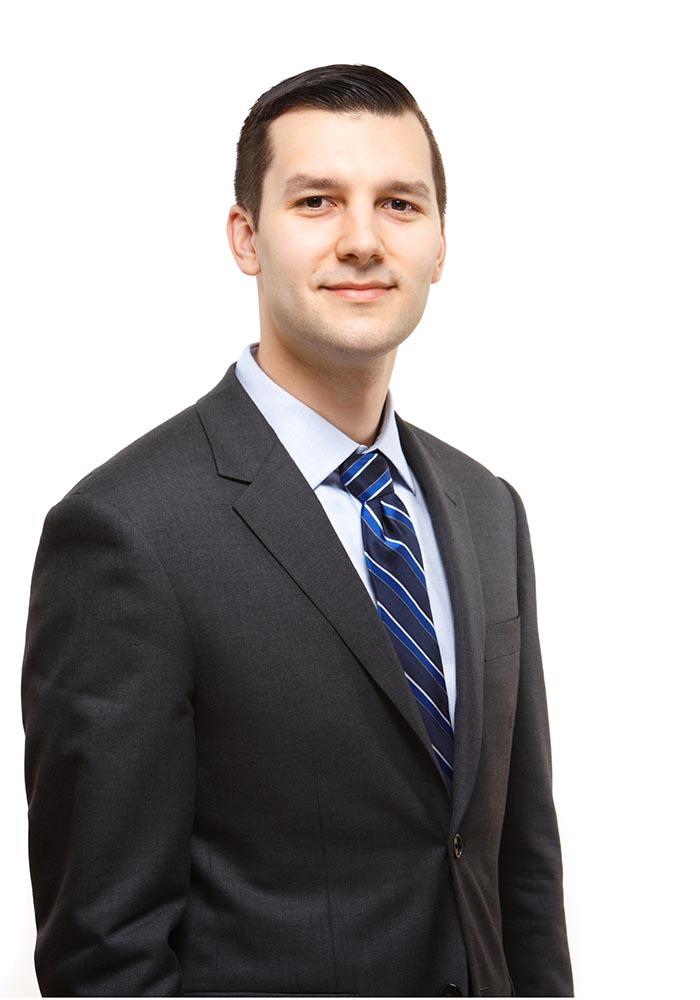 Diligent and hands-on, Jack delivers practical and favourable results both in and out of court.

Jack is an associate in our Litigation Group in Vancouver. He maintains a general civil litigation practice, and has experience in a range of areas including complex commercial litigation, real property and construction disputes, contract and tort claims, environmental and administrative law matters, plans of arrangement and class actions.

Jack has appeared before courts in British Columbia, and assists clients with obtaining concrete solutions to complex legal challenges. His recent experience includes assisting in the successful defence of a company against a significant claim of fraud and conspiracy, representing a developer in a successful real property dispute, obtaining court approval of a corporate plan of arrangement and defending a company in a significant administrative matter.

Jack received his JD from the University of British Columbia in 2016. During law school, Jack volunteered for the Yukon Territorial Court and the Law Students’ Legal Advice Program, served as an intern to the judges of the British Columbia Provincial Court, and attended and assisted the circuit court in Haida Gwaii. Prior to law school, Jack attended Simon Fraser University, where he earned a BA with Distinction in Political Science.

Jack joined McCarthy Tétrault as a summer student in 2015, returned to article with the firm in 2016, and was called to the British Columbia bar in 2017. He is a member of the Law Society of British Columbia and the Canadian Bar Association. Jack also serves as an assistant editor of Mining in the Courts, an annual McCarthy Tétrault publication on legal developments impacting the mining industry.