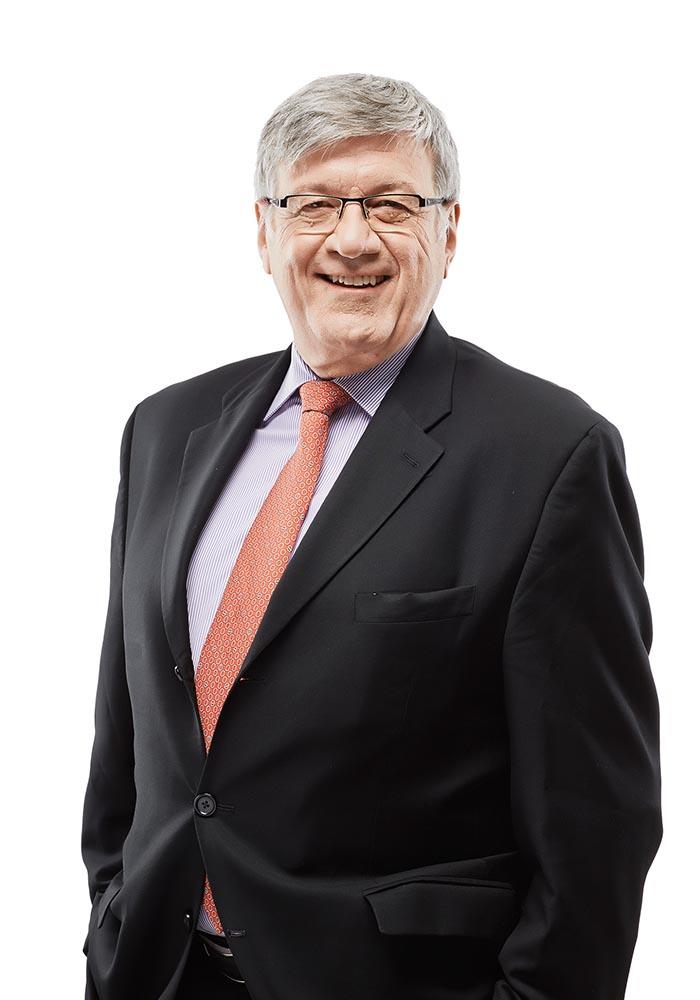 Gérald R. Tremblay is a Counsel in our Litigation Group in Montréal.

Mr. Tremblay is a past member of the Canadian Property Tax Agents Association Inc. and of the Quebec Safety League. He was president of the Canadian National Institute for the Blind (CNIB) - Québec Division, for the 2003 Capital Campaign and was a member of its board of directors for many years. He is a member of the Union Internationale des Avocats, Fellow of the American College of Trial Lawyers, and member of the advisory board of the Canada Institute at the Woodrow Wilson Center (Washington D.C.). He is past president of the Comité permanent de lutte à la toxicomanie (gouvernement du Québec), which was created following the report prepared by the Comité Bertrand of which he was also a member. For many years, he was a federal delegate to the Uniform Law Conference of Canada and member of the advisory committee on legal assistance to Central and Eastern Europe. Mr. Tremblay was president of the Committee "Administration of civil justice" of the Bar of Montreal and president of the liaison committee of the Québec Court of Appeal. He was president of the Ethics Committee's sub-committee on conflicts of interest (Bar of Quebec). He was appointed representative of the Bar of Quebec on the National Committee of the Federation of Law Societies of Canada on conflicts of interest. He has participated on a regular basis in various activities of the bar and the bench.

Mr. Tremblay has published and given lectures on a variety of subjects including contempt of court, class actions, shareholders’ disputes, solicitors' liability, the courts and the media.

Mr. Tremblay is profiled in the Guide to the Leading 500 Lawyers in Canada, 2005 edition, as a leader in the areas of class action, corporate commercial and securities litigation, and directors’ and officers’ liability. He is prominently featured in the most recent edition of the Canadian Legal Lexpert Directory, a guide to the leading law firms and practitioners in Canada, as a leading lawyer in the areas of litigation – public law, corporate commercial law, and directors’ & officers’ liability – as well as in the area of international commercial arbitration. In the last edition of Best Lawyers in Canada, he appears as a leading lawyer in administrative and public law, bet-the-company litigation, class action litigation, corporate and commercial litigation, defamation and media law, director and officer liability as well as securities law. He also appears as one of the best litigator in the world in the Legal Media Group’s 2005 Guide to the World’s Leading Litigation Lawyers. He is profiled in the 2005 PLC: Which Lawyer in the area of dispute resolution.

Mr. Tremblay is listed in the 2005 and 2006 Lexpert American Lawyers Guide to the leading 500 Lawyers in Canada as a leading lawyer in the areas of class actions, corporate commercial and securities litigation, as well as directors’ and officers’ liability. In October 2005, his name was on the "Top 100 Canada-U.S. Litigators" list published by the Financial Post and he has been named the Best Lawyers’ 2011 Montréal Bet-the-Company Litigator of the Year. Best Lawyers also named him as the 2017 Defamation and Media Law "Lawyer of the Year" in Montreal.

Mr. Tremblay received his BA in 1964 from the Université Laval (Québec). He graduated from the Faculty of Law, University of Ottawa in 1967, receiving his LLL and a certificate in economic studies. He was called to the Québec bar in 1968. In 1969, he obtained a post graduate studies diploma in public law from the University of Ottawa. From 1967 to 1969, he was a law clerk to a Justice of the Supreme Court of Canada. He was appointed Queen's Counsel in December 1987. He became member of the Order of Canada in December 2003, and Officer of the National Order of Québec in June 2005. In 2010, Mr. Tremblay was awarded the title advocatus emeritus by the Québec Bar. He is also Vice-President of the Federation of Law Societies of Canada and President of the Commission "The Future of the Lawyer" of the International Association of Lawyers.

Mr. Tremblay has been appointed President of the Quebec Bar from 2008 to 2009.

Defamation and Media Law "Lawyer of the Year" in Montreal