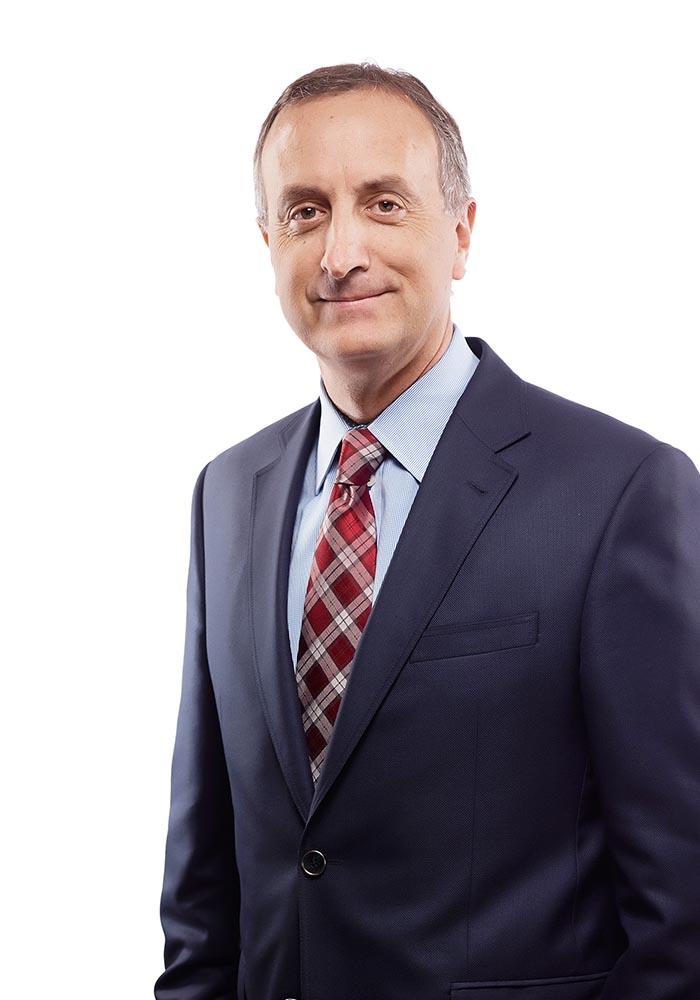 Frank McLaughlin is a litigation partner in our Toronto office. Frank specializes in cases involving medical and scientific evidence. His practice focus is on the defence of pharmaceutical product liability class actions and medical malpractice claims. Frank has represented clients at all levels of court in Canada in a variety of types of cases. Frank is a leading trial lawyer in the field of medical malpractice and has an exceptional record of success as lead trial and appellate counsel. Frank has conducted over 30 trials, both jury and non-jury, and has appeared as lead counsel in numerous appeals before the Ontario Court of Appeal, the Federal Court of Appeal, and the Supreme Court of Canada.

Frank has an established track record of success in the defence of pharmaceutical class actions. He was lead counsel for AstraZeneca In a ground-breaking class action (Martin v. AstraZeneca) involving the atypical anti-psychotic medication Seroquel. Frank and his team defeated class certification, which, at that time, was the first successful defence of a contested certification hearing for a prescription pharmaceutical medication in Ontario.

Frank recently led a team on behalf of Lundbeck that defeated class certification in a case involving the SRRI Celexa (Price v. Lundbeck, 2018) involving allegations that the drug caused a range of birth defects when taken by women in early pregnancy.

Frank was an integral part of the team that represented Merck and secured a successful resolution of a major patent infringement action against Apotex and Nu-Pharm relating to enalapril, a blockbuster drug for the treatment of high blood pressure, kidney disease and heart failure.

Frank received his LL.B. from the University of Toronto Law School in 1988, and was called to the bar in Ontario in 1990. Frank developed his competitive drive as an athlete. Frank is a former world champion in sailing who competed for Canada in three summer Olympic games in 1984, 1988 and 1992, winning a bronze medal at the Olympics in Seoul, South Korea in 1988. Frank was also a bronze medalist at the 1983 Pan American Games in Caracas, Venezuela and at the 1986 Goodwill Games in Tallinn, Estonia.

A leading lawyer in the area of medical negligence