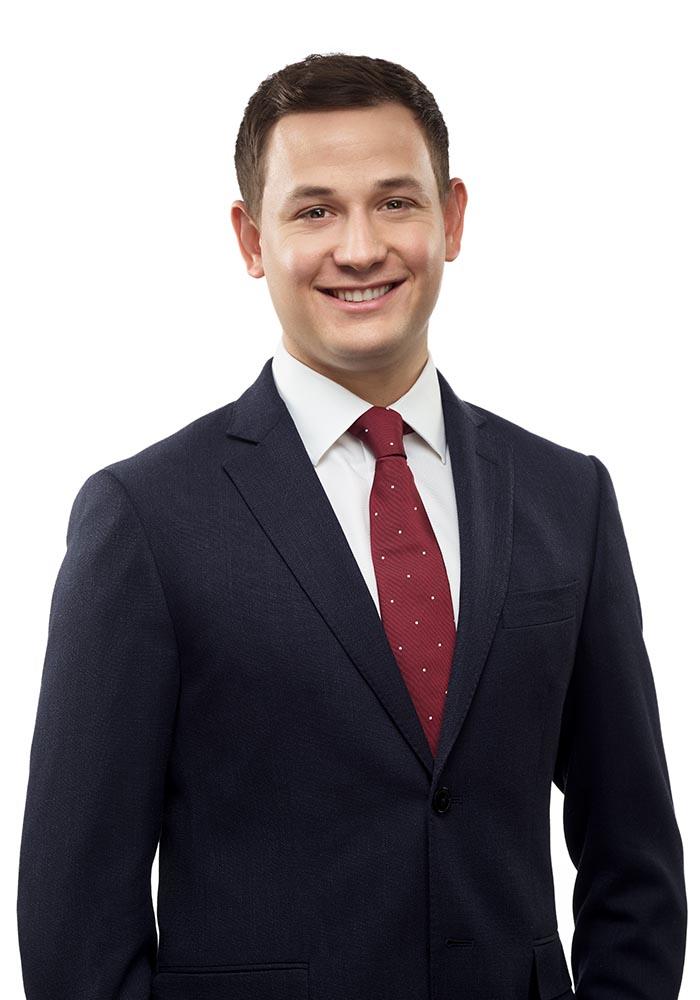 Eli completed his J.D. at Queen’s University, Faculty of Law. Prior to law school, he graduated with distinction from the Honors Business Administration program at Western University’s Ivey Business School. While at Ivey, Eli completed a semester in Sydney Australia at the University of New South Wales, where he studied international business and learned to surf. Before starting university, Eli spent a year playing Jr. A hockey for the Oakville Blades of the Ontario Junior Hockey League.

At Queen’s, Eli volunteered as an executive member of the Queen’s Law Cancer Society and was captain of the Queen’s Law hockey team. He also worked with the Boys and Girls Club of Kingston and the Kingston Police to create and run a summer camp for at risk youth designed to encourage participants to have a positive relationship with the law and to pursue post-secondary education.

In his spare time, Eli enjoys golfing, travelling and biking.