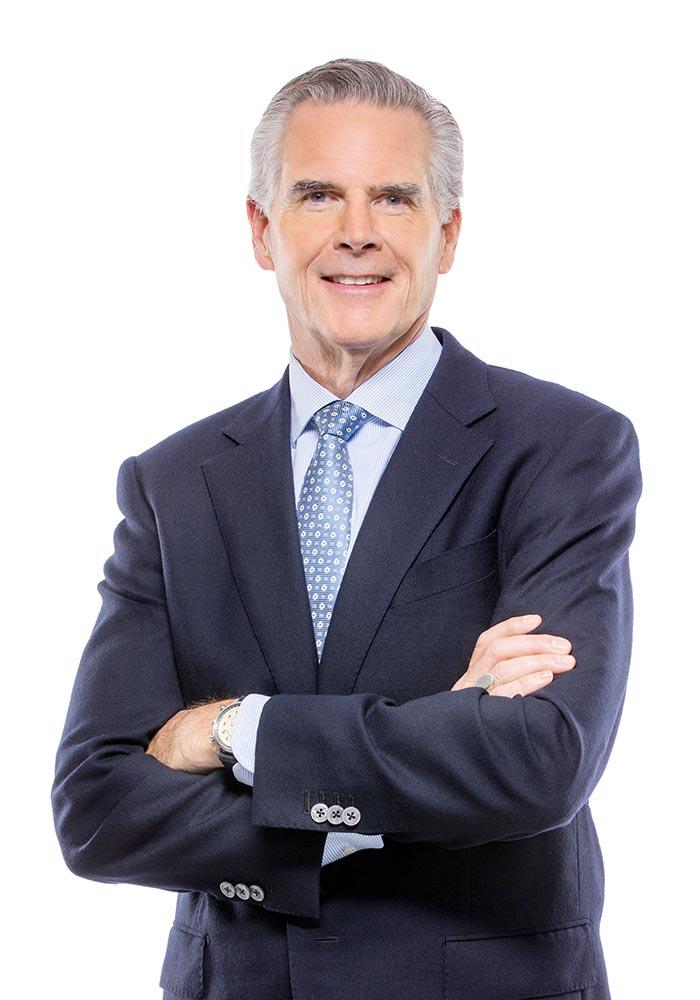 David McAusland is a counsel in the firm of McCarthy Tétrault. He advises corporations, shareholders and entrepreneurs on strategic challenges and significant value-at-stake issues and opportunities, major transactions as well as governance matters. A graduate of McGill University (BCL '76, LLB '77), David is a respected member of the Canadian business community and recognized as a leading corporate lawyer, business advisor and director with broad international experience. He has been the architect of numerous large, innovative and precedent corporate transactions and development strategies.

David is a highly experienced senior executive and corporate director. He previously held the position of Executive Vice President, Corporate Development and Chief Legal Officer of Alcan Inc., a large global industrial company where he played a leading role in the design and execution of major strategic initiatives and transactions. Before that, David was the managing partner of a major law firm where he had a dynamic practice focused on innovative capital markets transactions and solutions.

David has been a strong advocate over many years on behalf of community and non-for-profit organizations and business causes.

He currently holds the following corporate director positions and other similar functions:

Past positions held by David include the following:

In 2002, David was awarded the Queen Elizabeth II Jubilee Medal as recognition of service to the community and public.

David was recognized by the Canadian General Counsel Awards with the Dealmaker Award (2005) and the Lifetime Achievement Award (2008).

In 2015, David was awarded the title Advocatus Emeritus by the Québec Bar in recognition of his professional excellence, outstanding contribution to the profession, and exceptional outreach.

David is 66 years old, is married to Katherine Dallenbach and has three adult children.

Fellow of the Institute of Corporate Directors 2020