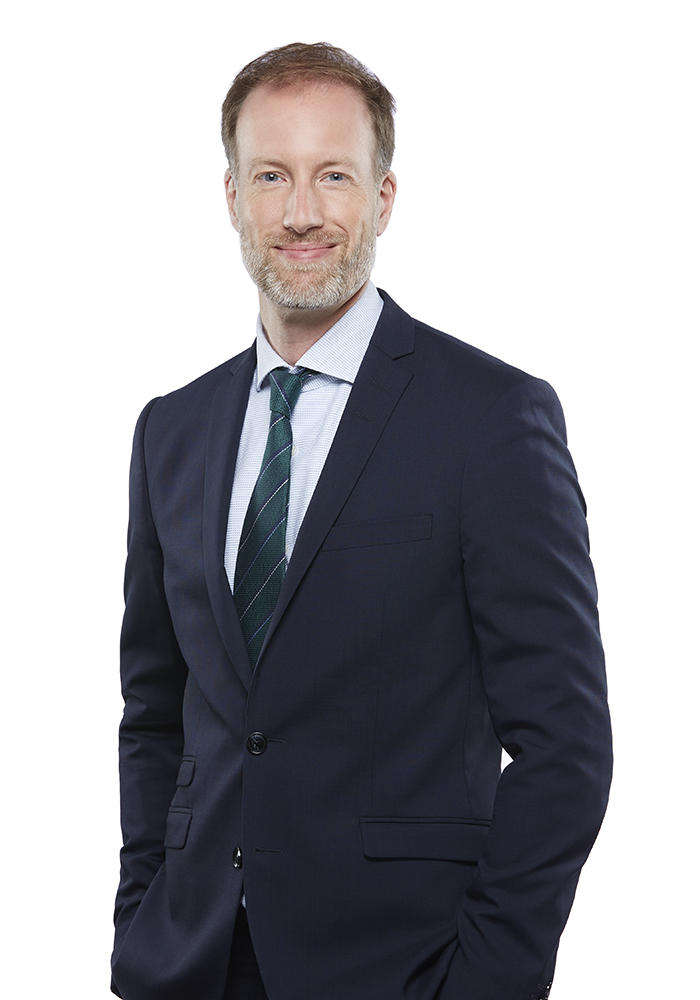 David-Emmanuel Roberge is a partner in our Litigation Group in Montréal. His practice includes civil and commercial litigation, with particular expertise in professional liability, class actions and environmental law.

He has represented clients at the Superior Court, at the Québec’s Court of Appeal and at the Supreme Court of Canada, has negotiated settlements, and has advised clients from a strategical point of view, in a variety of matters.

In the context of his practice related to health law, David is representing physicians in front of civil, disciplinary and administrative tribunals, notably on issues of liability, access to information and end-of-life matters. He is also representing enterprises and universities in files ranging from contract law to class actions, including issues of defamation, product liability and neighbourhood annoyances.

Since he started his career, David has multiplied opportunities for pro bono mandates or community engagement. In February 2009, he participated in an international training mission in environmental law at the State University of Haiti, in partnership with Lawyers Without Borders, which earned him a Zenith Pro Bono Award from Lexpert magazine. Since 2010, David has also been greatly involved regarding the issue of appropriate end-of-life care and medical assistance in dying, for instance with committees of the Québec Bar and the Canadian Bar Association. He has a long history of advising organizations dedicated to fighting and preventing HIV/AIDS. More recently, David has also been involved with the Barreau de Montréal, the Québec Bar Review Committee, and the Alzheimer Society of Montréal.

David has published several articles on various legal topics, such as environmental and health law, as well as class actions.

David received his Bachelor of Civil Law (LLB) and Bachelor of Common Law (BCL) from McGill University in 2001. He also studied British and European public law at the University of Edinburgh in Scotland.

Mr. Roberge was called to the Québec Bar in 2003 and is a member of the Canadian Bar Association. He is also a mediator accredited by the Québec Bar, in civil, commercial and employment matters.