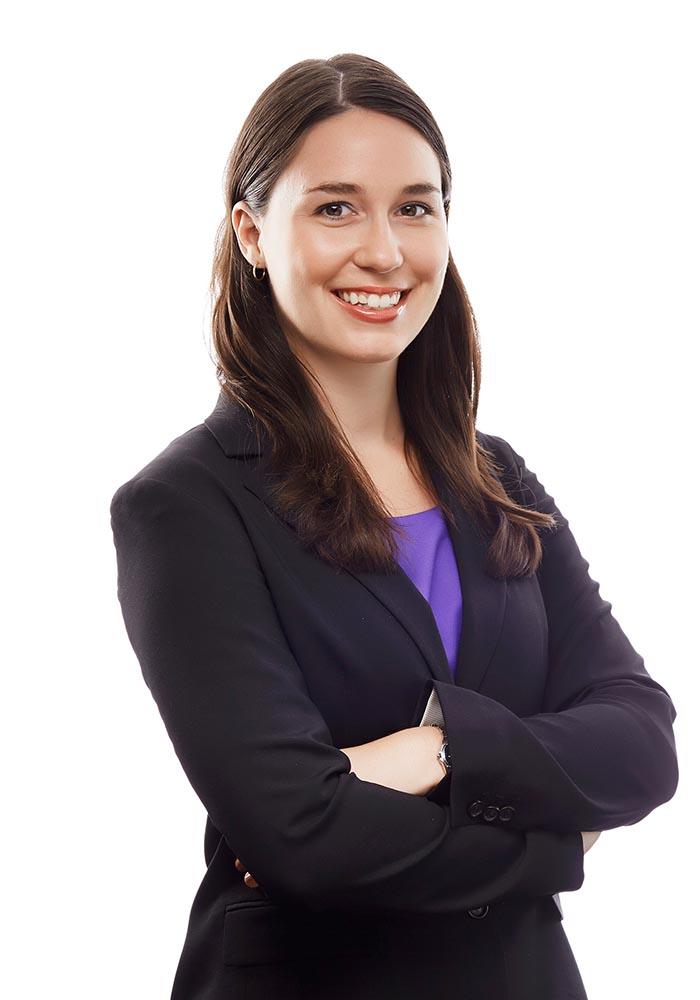 Christine Wadsworth is a senior associate in our Litigation group in Toronto. She maintains a broad litigation practice with an emphasis on commercial litigation, professional liability, internal investigations and white collar defence.

Christine has served as lead counsel at both the trial and appellate level. She has tried cases before judges, juries and arbitrators. She has appeared before all levels of court in Ontario, including multiple appearances at the Court of Appeal. She regularly appears at the Commercial List in Toronto on complex commercial disputes. She has also appeared before the Competition Tribunal, the Discipline Committee of the College of Physicians and Surgeons of Ontario, the Health Professions Appeal and Review Board, and the Consent and Capacity Board. She regularly acts as a Prosecutor before the Ontario College of Teachers’ Discipline Committee and Fitness to Practise Committee. Christine also acts as counsel for professional accounting firms in civil matters.

Christine teaches trial advocacy at the University of Toronto Faculty of Law. Christine has taught Evidence at Osgoode Hall Law School in the Common Law LLM program. She has also presented at continuing professional development sessions run by the Law Society of Ontario and the Canadian Bar Association.

Prior to joining McCarthy Tétrault, Christine was a consultant for a defence team at the Special Tribunal for Lebanon in The Hague and worked in Judges’ Chambers at the International Criminal Tribunal for Rwanda.

Christine received her JD from the University of Toronto and participated in an exchange to the University of Amsterdam. While in law school, she was an active member of the competitive mooting program, winning Top Oralist at the 2011 Cassels Brock Cup and the second place team award at the 2012 Gale Cup Moot. She also competed in five debating World Championships. Christine received her Bachelor of Arts (Honours) with Distinction in Political Studies from Queen's University. At Queen's, she was a Loran Scholar and a recipient of the Chancellor's Scholarship.