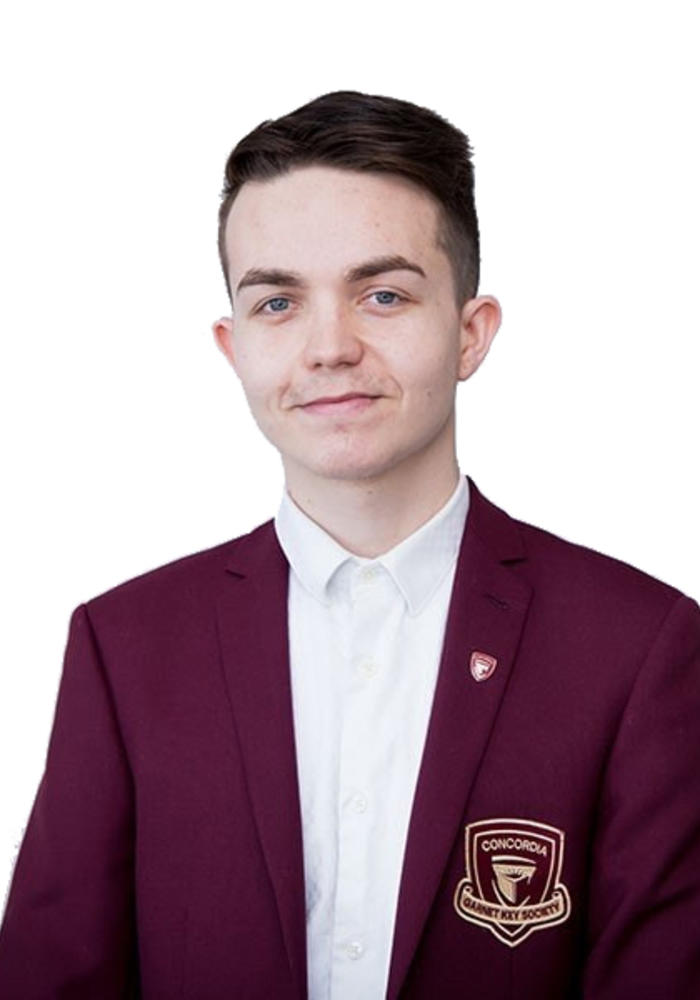 Brandon is Kanien’kehá:ka (Mohawk) from Kahnawake, Québec. He holds a Bachelor of Arts in Political Science with Great Distinction from Concordia University and is currently in his final year at McGill University’s Faculty of Law where he is President of the Indigenous Law Association.

During his time at Concordia, Brandon was selected to be a member of the 61st Garnet Key Society, an honor society whose membership is regarded as one of the highest honors that may be bestowed upon an undergraduate student at Concordia.  Recognized for his contributions to student life and the university community, he was the 2019 recipient of the Outstanding Student Leader Award, the Volunteer Recognition Award, and he was recognized as an Arts and Science Scholar for his academic achievements in Political Science. He now serves as a director on the board of the Alumni Association.

In his First Nations community, Brandon has experience working with the Mohawk Council and the Court of Kahnawake on justice related matters. In 2019, he was unanimously appointed by the Mohawk Council to serve as Chairperson of the Kahnawake Cannabis Control Board where he oversaw the regulatory development of cannabis in his community.

During his first summer with McCarthy Tétrault, Brandon assisted in a historic class proceeding that resulted in an $8 billion settlement to address water infrastructure issues and long-term drinking water advisories on First Nations reserves across Canada.

In 2022, Brandon was selected to be a part of the Liberal Summer Leadership Program in Ottawa, where he acted as Legal Affairs Assistant to the Honourable Marc Miller.