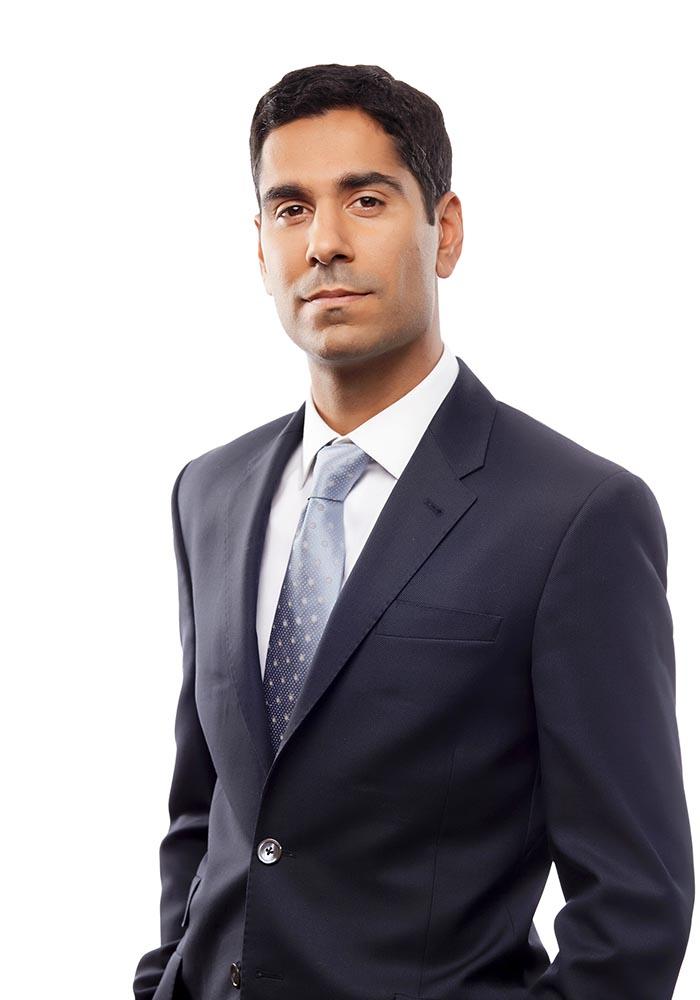 Anu Koshal is a litigator in our Toronto office. He represents clients in complex, high-stakes corporate, commercial, and tax disputes.

Anu has an active trial and appellate practice. He has tried cases before judges, juries, and arbitrators. He has represented clients before all levels of court in Ontario, the Tax Court of Canada, the Federal Court, and the Supreme Court of Canada.

In 2018, Lexpert named Anu a “Leading Lawyer to Watch” in the area of corporate and commercial litigation.

Among his recent cases, Anu was co-counsel for EdgePoint Investment Management Group before the Ontario Securities Commission in Re. ESW Capital, LLC, the first case challenging the minimum tender requirement governing hostile take-over bids under Canadian securities laws. He successfully obtained a dismissal of all claims against his client in Orwinski et al v. Hi-Rise Capital, 2019 ONSC 3975, a case brought by investors in a syndicated mortgage. He recently acted for a Schedule 1 bank in litigation against a hedge fund arising from alleged trading losses. He previously represented a Schedule 1 bank in a $5 billion class action arising from the operation of the Visa and Mastercard credit card networks.

Anu also represents individuals, corporations, and family offices in complex corporate, commercial and tax disputes. He was counsel in Estate of John Wood v. Arius 3D et al, a leading case on the personal liability of directors and officers under the oppression remedy (cited with approval by the Supreme Court of Canada in Wilson v. Alharayeri, 2017 SCC 39). He was co-counsel to the Canadian Chamber of Commerce at the Supreme Court of Canada in Christine DeJong Medicine Corporation v. DBDC Spadina Inc., 2019 SCC 30, a leading case on when corporations can be found civilly liable for the wrongdoing of their directors and officers. In deciding that case, the Supreme Court expressly adopted the clarification of the law proposed by the Chamber of Commerce, limiting the scope of when corporations can be found liable for damages.

A member of our firm’s National Retail and Consumer Markets Group, Anu regularly defends leading multi-national companies against allegations of failure to warn, defective product, and misleading advertising. He also represents leading consumer products companies in class actions alleging breaches of the Consumer Protection Act. Anu was part of the team defending the largest piece of litigation in Canadian history: claims by Provincial governments against tobacco companies seeking to recover hundreds of billions of dollars in health care costs allegedly incurred as a result of smoking.

Anu has an active appellate practice. He has appeared in numerous cases before the Court of Appeal for Ontario and has acted for clients in precedent-setting cases in various areas of law including professional liability, shareholder disputes, financial services, and the law of mortgages. He acted as counsel for a national anti-poverty organization in Canada Without Poverty v. Attorney General of Canada, 2018 ONSC 4147, a decision which struck down as unconstitutional a provision of the Income Tax Act which prohibited charities from engaging in non-partisan political speech. The Canadian Broadcasting Corporation described this case as a “landmark”, and a “David versus Goliath” win for the client. Anu was also counsel for the successful appellant in Oravital Inc. v. Aird & Berlis LLP, 2018 ONCA 164, a leading case on the scope of a lawyer’s duty to advise commercially sophisticated clients.

Anu is active in teaching and writing in the profession. He taught trial advocacy at the University of Toronto Faculty of Law for several years and has published on topics including contract law, civil procedure, and class actions. In 2012 he received the Harvey T. Strosberg Prize in Class Actions for his writing in this field. He also regularly contributes to pro bono matters, including representing at-risk children from overseas apply for refugee status before the Immigration and Refugee Board.

A “Leading Lawyer to Watch” in the area of corporate and commercial litigation.