To Regulate or Not to Regulate: BC Environmental Appeal Board Confirms that Provincial and Municipal Laws Designed to Regulate Air Emissions Do Not Impede on Federal Jurisdiction

A decision released by the British Columbia Environmental Appeal Board (EAB) on May 12, 2017 has clarified the relationship between federal lands and provincial environmental legislation and confirmed Metro Vancouver’s jurisdiction to regulate air contaminants from a facility located on federal lands. Decision Nos. 2016-EMA-175(b) & 2016-EMA-G08 addressed  the constitutional question raised by Harvest Fraser Richmond Organics (Harvest), which had challenged the jurisdiction of the District Director of the Greater Vancouver Regional District (also known as Metro Vancouver) to regulate the discharge of air contaminants from Harvest’s composting anaerobic digester and combined heat and power facility (the Facility), which is located on federal land leased from the Vancouver Fraser Port Authority (VPA).

The appeal by Harvest stemmed from the District Director’s decision to renew the air emissions permit for the Facility (the New Permit), which contained more onerous conditions compared to Harvest’s previous permit that had expired in June 2015 (the Previous Permit). Six months after the issuance of the New Permit, the District Director ordered Harvest to immediately cease part of its operations due to the violation of certain conditions under the New Permit. Harvest served notice of a constitutional question pursuant to section 8(2) of the Constitutional Question Act, arguing that the authority under which the New Permit was issued, namely the British Columbia Environmental Management Act (the Act) and the Greater Vancouver Regional District Air Quality Management Bylaw No 1082, 2008 (the Bylaw) cannot apply to the Facility because it is located on federal lands. In particular, Harvest’s argument was that the Act and the Bylaw impede the use and development of federal lands, which fall within the exclusive jurisdiction of the Parliament of Canada under section 91(1A) of the Constitution Act, 1867.

In its decision, the EAB addressed two constitutional issues raised by Harvest in its appeal, namely:

In rejecting Harvest’s constitutional argument, the EAB concluded that the application of the Bylaw and the relevant provisions in the Act to Harvest’s Facility do not impede upon the use and development of federal lands under the exclusive jurisdiction granted to Parliament under section 91(1A) of the Constitution Act, 1867.

Harvest is in the business of producing compost using commercial green and food waste, which is processed using anaerobic digestion to produce biogas. Harvest sells both composted soil products and energy produced from biogas. Air emissions, particularly odours, represent the most significant environmental management issue for the Facility, along with the possibility of occasional flaring of biogas which may release nitrogen oxides, sulphur dioxides, particulate matter and carbon monoxide. Harvest’s Previous Permit included several conditions which set limits for certain air emissions, including odour. Following a lengthy public consultation process, the New Permit was issued for the Facility, which set more stringent limits for substances causing odours. The New Permit also established new requirements about the composition and quantity of waste that could be admitted to the Facility. Finally, the New Permit empowered the District Director to monitor “malodorous impacts” from the facility, and could order the facility to stop receiving food waste if it was determined that the malodourous impacts exceeded the threshold set out in the New Permit (the so-called “Sniff Test”).

The New Permit was issued under the authority of the Act, which regulates the discharge of waste (including air contaminants) into the environment. Section 31 of the Act provides Metro Vancouver with certain powers regarding the control of air contaminants in the Metro Vancouver area, including the enactment of bylaws. Section 5 of the Bylaw prohibits a person from discharging air contaminants in the course of conducting an industry, trade or business unless the discharge is conducted strictly in accordance with the terms and conditions of a valid and subsisting permit.

As noted above, Harvest raised two issues regarding the applicability of the doctrines of interjurisdictional immunity and federal paramountcy. On the question of interjurisdictional immunity, Harvest sought to demonstrate that the Facility was governed primarily by federal legislation because it is located on land owned by the federal government, which is managed by the VPA pursuant to authorization granted under the Canada Marine Act (CMA). Harvest adduced additional evidence of the supposed exclusivity of federal jurisdiction by referencing key terms in the Letters Patent of the VPA and in the lease between the VPA and Harvest (the Lease). Harvest argued that the doctrine of interjurisdictional immunity applied in this situation because the laws enacted by the provincial and municipal governments impaired the protected core of jurisdiction held by the federal government which meant that the Province, and by delegation the District Director, had no jurisdiction to regulate the discharge of air contaminants on those federal lands through a permitting system.

On the question of federal paramountcy, Harvest argued that the provincial permitting scheme created an operational conflict because it would be impossible to comply with both regulatory schemes, or alternatively, the operation of the provincial law frustrated the purpose of the federal law, both of which ought to trigger the doctrine of federal paramountcy. By obtaining a federal approval from the VPA and under the Canadian Environmental Assessment Act (CEAA), the requirement to obtain an air emissions permit under the Bylaw would flout the purpose of the CMA by depriving the VPA of its exclusive jurisdiction over the use and development of federally owned port lands. Further, Harvest argued that the Canadian Environmental Protection Act (CEPA) already set out environmental quality objectives for preventing pollution in connection with federal lands. Finally, Harvest argued that no legal vacuum would be created by finding the provincial scheme inapplicable to Harvest, since the Facility is already subject to CEPA and meets all ambient air objectives set out in the Canadian Ambient Air Quality Standards.

Harvest was unsuccessful in making either argument. In coming to its decision, the EAB relied on the test from Canadian Western Bank v. Alberta ([2007] 2 SCR 3, 2007 SCC 22) by first analyzing what the “pith and substance” was of the impugned legislation, noting that the “dominant purpose” of the legislation is decisive, and that the “incidental” effects of the legislation will not disturb the constitutionality of an otherwise intra vires law. In Canadian Western Bank, the Court held at paragraph 41 that valid provincial laws may “quite permissively have ‘incidental effects’ on matters within its scope which would otherwise fall within federal jurisdiction… provided such incidental effects are not precluded from doing so by (i) the doctrine of interjurisdictional immunity or (ii) the operation of federal paramountcy.” The EAB determined that the “pith and substance” of the federal laws at issue was the management of public property as well as shipping and navigation, and that under the Letters Patent and the Lease, the VPA’s statutory powers and activities included the management, leasing or licensing of the federally-owned property (the lands covered by the Lease). On the other hand, the EAB held that the dominant purpose and effect of the Act (and Bylaw) was to regulate the discharge of waste (including air contaminants) into the environment within the province.

In concluding that the incidental effects of the provincial regime do not constitute an impermissible encroachment, the EAB commented that environmental regulation is a unique area of law which, by its very nature, precludes the application of interjurisdictional immunity. This is because environmental regulation is a subject matter in which both federal and provincial authorities have a compelling interest. Given that the Act and Bylaw are environmental legislation aimed at regulating and controlling air emissions that may be harmful to human health and the environment, the EAB indicated there can be little doubt that they were enacted in furtherance of the public interest.

On the question of federal paramountcy, the EAB rejected Harvest’s arguments on both the operational conflict and frustration of purpose. In the EAB’s view, the Act and the Bylaw did not give a provincial or municipal agency the discretion to prevent a composting and bioenergy facility from being built on the VPA’s lands, and they did not deprive the VPA of its power to make a final decision regarding the leasing, use or development of port lands. The Act and the Bylaw merely regulate and control air contaminants that are emitted from the Facility. In addition, the CMA and CEAA do not regulate air emissions, and the VPA approval expressly contemplated that Harvest would seek a permit from Metro Vancouver which would regulate air emissions from the Facility. Finally, the EAB found that while CEPA does regulate some air pollutants in some circumstances, it does not provide a complete code for the regulation of air emissions in Canada, and that Harvest had not adequately explained what aspect of the Act or the Bylaw conflicted with CEPA.

The EAB decision in Harvest suggests that for a company with facilities located on federal lands, a high threshold must be met in order to establish that provincial environmental laws will not apply to their activities. The EAB clearly believes that as regulatory regimes evolve to manage the complex environmental footprints of industrial facilities, a compelling argument would need to be made to trigger the application of interjurisdictional immunity or federal paramountcy. It should be noted that Harvest’s appeal centred around the conflict between valid federal and provincial laws and did not dispute the validity of the New Permit, which it plans to do at another hearing. Consequently, the validity of the condition contained within the New Permit which allowed the District Director to shut down Harvest’s operations due to a breach of the New Permit’s conditions was not considered here. 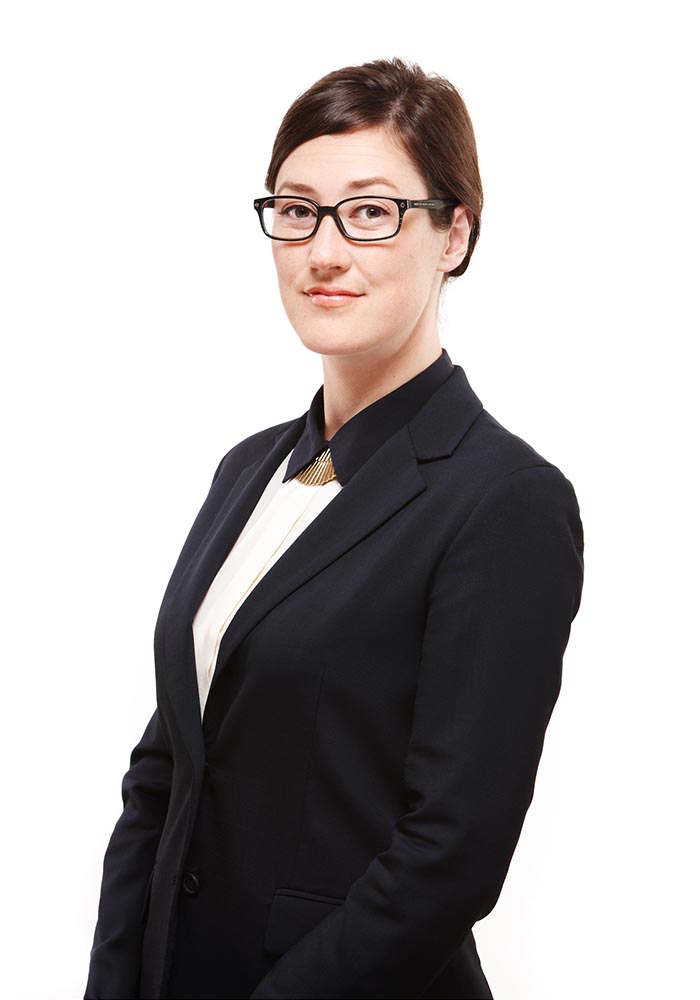