Canadian Power – Key Developments in 2019, Trends to Watch for in 2020: Ontario – Overview

Ontario’s power sector continues to be in a state of transition. With the provincial government continuing a wide-ranging review and changes on multiple fronts (including energy regulator governance, renewable projects, climate change and generation contracts), uncertainty and anticipation continue to impact market activity in Ontario. However, progressive changes and initiatives in governance and a growing emphasis on collaboration and innovation is welcome progress that could bring new opportunities in 2020.

As we saw in 2018, the change in government has led to uncertainty and anticipation across the power sector in Ontario. Since the Progressive Conservative Party of Ontario has come into power, we have witnessed the dismantling of existing renewable energy programs and projects that unwind, at least in part, 15 years of policies enacted by the Ontario Liberal Party. The government’s approach in 2019 was no exception.

As part of its election mandate, the Ontario government has pledged to reduce electricity bills by 12%. To achieve this goal, the government has targeted the cost of generation, which industrial stakeholders have recently identified as a “central theme” in the discussion of electricity costs.[1]

In November 2019, the Ontario government released the 2019 Fall Statement which contained two directives aimed at addressing concerns around “improvements to cost transparency and certainty, and rate stability”: (i) the Billing Practice Directive; and (ii) the Generation Contract Review Directive (the “GCR Directive”). Per the GCR Directive, the Independent Electricity System Operator (the “IESO”) will retain an independent third party expert to undertake a targeted review of existing generation contracts for opportunities to reduce electricity system costs. The stated focus of the review is on large gas, wind and solar contracts that expire in the next 10 years, as well as any other areas with potential for cost savings. The review is also intended to consider system reliability and potential impacts on Indigenous, municipal and local partnerships. It expressly excludes the Bruce Power Refurbishment Agreement and conservation and demand-management initiatives from the scope of the review. The IESO is required to deliver its findings and its assessment of those findings by February 28, 2020.

Based on what we have seen, it is currently unclear what the GCR Directive means for the IESO’s contractual counterparties. Some observers have speculated that the particular focus of the review (i.e. larger contracts in the last 10 years of their term) suggest that the Ontario government is pursuing a strategy of having contract holders offer contractual modifications or concessions that would reduce the overall purchase price of energy in Ontario. The so-called “blend and extend” amendment (whereby a supplier would agree to a lower contract price in consideration for a term extension) has been bandied about for some time, even before the GCR Directive was issued as a possible option, as such an amendment could meet the government’s rate reduction objective while being a palatable concession to some contract holders, particularly those with balance sheet financing.

Further to the cancellation of over 750 renewable energy contracts and the White Pines Wind Project in 2018, Ontario’s Minister of the Environment, Conservation and Parks, Jeff Yurek, revoked the Nation Rise Wind Farm’s renewable energy approval on December 4, 2019. Please refer to our environmental law overview on page 39 of the Canadian Power – Key Developments in 2019, Trends to Watch for in 2020 publication for further commentary.

As part of the Market Renewal Program, the IESO launched the Incremental Capacity Auction (“ICA”) engagement in April 2017, in order to collaborate and coordinate with stakeholders to develop a long-term, market-based mechanism to secure incremental capacity and provide a cost-effective mechanism to ensure Ontario’s needs. The IESO hosted multiple stakeholder engagement meetings and education sessions on the ICA design and released a draft High-Level Design (“HLD”) for the ICA for stakeholder feedback on March 22, 2019.

However, in July 2019, the IESO announced that it was stopping work on the HLD. The IESO subsequently launched a new Resource Adequacy Engagement in November 2019, and announced its plans to meet and engage with stakeholders in discussions on what tools the IESO needs to achieve resource adequacy to complement capacity auctions. The first meeting with stakeholders is scheduled to occur on January 27, 2020.

One issue related to the consultation on Resource Adequacy Engagement is whether a broader policy review by the Ontario government may be in order, as the consultation only relates to procurements by the IESO with respect to IESO-administered markets and does not consider alternative procurement models (e.g. OEB regulation of procurement by local distribution companies, OEB regulated generation or government-run initiatives through, for example, Infrastructure Ontario).

A Continual Reshaping of Energy Governance in Ontario – OEB Reform

In December 2017, the previous Ontario government launched a year-long review of the Ontario Energy Board (the “OEB”) to consider the appropriate mandate, role and structure of a modern energy regulator. The OEB Modernization Review Panel, which was constituted to engage with the public and procure expert input and feedback, provided its final report in October 2018 (the “Report”).

On May 9, 2019, the Ontario government passed Bill 87, Fixing the Hydro Mess Act, 2019 (the “Bill”), which amends the Ontario Energy Board Act, 1998, the Electricity Act, 1998 and the Ontario Fair Hydro Plan Act, 2017, as part of its comprehensive reform of, among other things, the structure of the OEB. In accordance with the recommendations of the Report, the changes included the creation and appointment of a board of directors with a non-executive Chair as well as a Chief Commissioner who would be responsible for adjudication (as shown below).[2]

However, the most important issues raised by the Report have not been sufficiently addressed.

Second, the Report refers to the commissioners exercising adjudicative authority to make decisions in specific cases but neither the Report nor the Bill address the fact that the OEB has many other processes and policy instruments for which independence is also required. Some of the most important regulatory issues are addressed in either OEB guidelines (e.g. incentive-based regulation cost of capital, LDC merger policies) or codes and rules (e.g. connection requirements, affiliate relationships, and codes of conduct).

Third, neither the Report nor the Bill address perhaps the largest issue in the electricity sector, which is the lack of regulatory oversight of procurement of capacity. This issue and its financial consequences have been noted by the Auditor General. Yet the Report does not address how the OEB’s mandate should be changed to provide that oversight. Ontario is one of the few jurisdictions in the Western world without regulatory oversight over procurement and the cost consequences have been significant. Unless this changes, the OEB reform will be of limited impact to Ontario ratepayers.

In late 2018, the Ontario government released the “Environment Plan: Preserving and Protecting our Environment for Future Generations” (the “Plan”). The Plan outlined the government’s intended actions and policies for addressing many environment-related issues in Ontario, including the pollution of air, land, and water, the reduction of litter and waste, and the emission of greenhouse gases (“GHGs”), including the following:

A Renewed Focus on Innovation

On a more positive note, we have continued to see progress on the innovation front. One key example is the development of technologies and regulation related to energy storage and storage solutions. Some recent examples of Ontario energy storage projects include:

However, while the promise and presence of these technologies are progressing rapidly, the legal and regulatory landscape in Ontario has not developed at a corresponding pace.[3] Some recent developments to close the gap and prepare for future investment and integration of energy storage technologies in the electricity grid include:

The power sector is also embracing innovation in other ways. Building upon the Advisory Committee on Innovation Report (the “ACI Report”) delivered in 2018, the OEB announced the opening of its Innovation Sandbox initiative on January 16, 2019. According to this initiative – the first one coming out of the ACI Report – innovators will be able to exchange information and feedback informally with OEB staff. The objective is to encourage innovators to test projects on a trial basis while obtaining temporary relief from a regulatory requirement or customized guidance from OEB staff. By providing a forum for collaboration, it is expected that this initiative will reduce regulatory uncertainty and risk in ways that encourage innovation and provide the OEB with “enhanced insight into ... sector challenges and solutions to inform its longer-term work supporting innovation”.

There should also be a cause for optimism for the role of nuclear generation as part of Ontario’s power sector. This is evidenced by: (i) the fact that the GCR Directive specifically carves out the Bruce Power Refurbishment Agreement; and (ii) the announcement by the Premier of Ontario, together with the Premiers of Saskatchewan and New Brunswick, of the entering into of a memorandum of understanding to document their commitment to the development and deployment of small modular nuclear reactors or ‘SMRs’ in order to address climate change, regional energy demand and economic development. Please refer to our article on SMRs on page 31 of the Canadian Power – Key Developments in 2019, Trends to Watch for in 2020 publication for further commentary.[4]

[1] For more information, please see a summary of the consultation: https://files.ontario.ca/endm-indus-trial-consultations-what-we-heard-en-2019-11. pdf. Participants noted that “[global adjustment] charges comprise most of their electricity bill” and that renegotiating generation contracts is one option to reduce system-wide annual GA costs. (page 8-9) See also “Background” section of the GCR Directive. 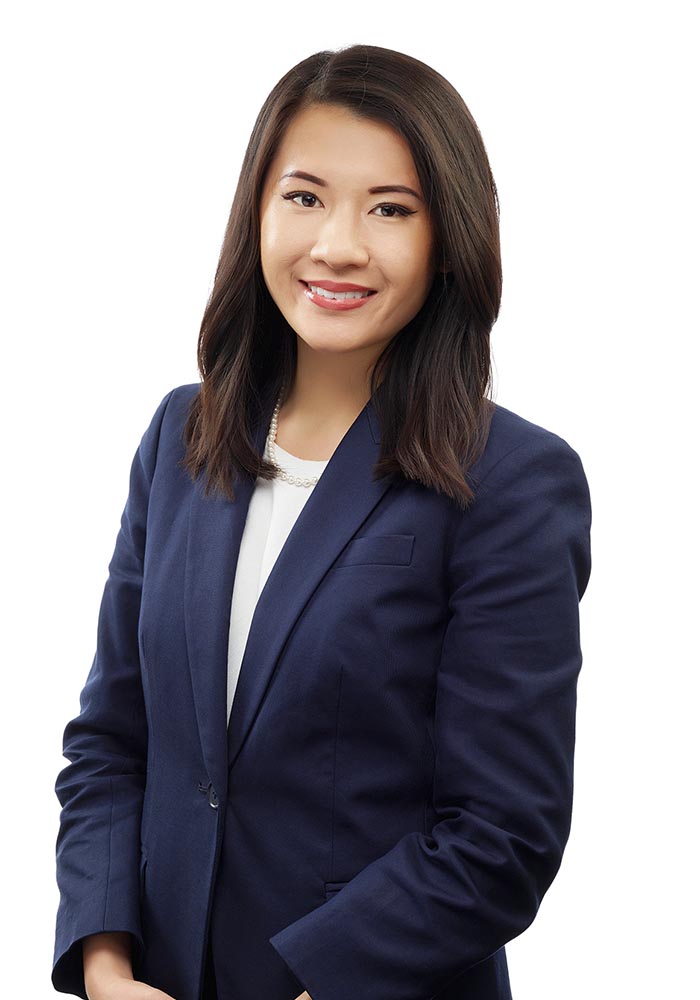