The Impact of Proportionality on the International Jurisdiction of Quebec Courts

On September 12, 2022, the Quebec Court of Appeal confirmed the interpretation of section 3136 of the Civil Code of Quebec (“C.C.Q.”) governing the doctrine of the forum of necessity in Quebec law in light of the coming into force in 2016 of section 491 para. 2 of the Code of Civil Procedure (“C.C.P.”), which provides that a court’s decision on its international jurisdiction must take into account the guiding principles of procedure, including proportionality.[1] In Otsuka Pharmaceutical Company Limited c. Pohoresky, 2022 QCCA 1230, the Court of Appeal reiterates the exceptional nature of section 3136 C.C.Q. and that it must be restricted to cases where it is necessary to avoid a denial of justice. The Court also contextualizes the possible scope of section 491 para. 2 C.C.P. within the codified rules of private international law.

This decision is relevant for three primary reasons.

First, the judgment of the Court of Appeal confirms the case-law previously rendered concerning the forum of necessity doctrine to the effect that it takes more than an inconvenience to trigger the application of section 3136 C.C.Q. The introduction of section 491 para. 2 C.C.P. does not change the applicable criteria and only adds further consideration to this analysis. To avail oneself of the forum of necessity doctrine, a foreign claimant will have to administer serious evidence of inconvenience and pitfalls jeopardizing its right to justice.

Second, any substitution of a representative of the group in a class action context should ensure that the Quebec courts remain competent to hear the appeal against all defendants.

Lastly, while the Respondents (Plaintiffs) argued for a more flexible private international jurisdiction rule in the context of class actions, the Court of Appeal refused to create such a distinction with respect to section 3136 C.C.Q. Thus, the fact that a dispute is a class action does hold consideration in the analysis of the application of the forum of necessity doctrine. Consequently, this decision of the Court of Appeal does not encourage “forum shopping’’ and the possibility for claimants outside Quebec to benefit from the flexible rulings related to the authorization of a class action in Quebec will remain limited. Indeed, if the Court of Appeal had endorsed the reasoning of the lower court, the door would have been wide open for foreign applicants to submit their claims to the Quebec courts against defendants who are not domiciled in Quebec and do not carry on any business there, in order to benefit from the flexible and more favorable procedural rules at the authorization stage of class actions.

In October 2018, a plaintiff domiciled in Quebec filed a Motion for Authorization to Institute a Class Action against Canadian pharmaceutical companies with head offices in Quebec, as well as their foreign affiliates (the “Foreign Defendants” or the “Appellants”) for alleged breaches of their obligation to disclose the risks of side effects associated with a drug and to conduct adequate research and testing in relation to those alleged side effects.

In March 2020, new plaintiffs (the “Plaintiffs” or “Respondents”), both domiciled in Ontario, replaced the initial Quebec plaintiff for the remainder of the file.

In January 2021, the Foreign Defendants filed an application challenging the jurisdiction of the Quebec courts over them.

On December 3, 2021, the Honourable Suzanne Courchesne of the Superior Court of Quebec (the “Judge”), authorized a Canadian-wide group to pursue a class action for damages against all of the Defendants and dismissed the Foreign Defendants’ jurisdictional challenge. Although the Judge concluded that the Plaintiffs had not established the jurisdiction of the Quebec courts by means of the connecting factors provided for in section 3148 C.C.Q., the Judge considered that it was appropriate to apply the forum of necessity doctrine and to assume jurisdiction under section 3136 C.C.Q. due to the disproportionate nature of requiring the Plaintiffs to take legal action in the competent forum, Ontario.

In January 2022, the Foreign Defendants filed an Application for Leave to Appeal the Judge’s decision on the jurisdiction of the Quebec courts. In February 2022, the Honourable Lucie Fournier sitting for the Court of Appeal granted the application for leave to appeal.

Position of the Parties

The Appellants submitted that the judgment contained two errors regarding the interpretation and application of section 3136 C.C.Q. resulting in a flagrant case of incompetence of the Superior Court:

The Respondents submitted that the Appellants' position was based on an overly narrow and rigid approach to the jurisdictional analysis, which did not take into account what they considered to be the clear intention of the legislator to introduce a proportionality component in this analysis by adopting section 491 para. 2 C.C.P. They argued that the Judge had correctly applied this section for the purpose of deciding the objection and that it would be unreasonable to require the establishment of another parallel remedy against the Appellants.

In a unanimous judgment, the Court of Appeal allowed the appeal and endorsed the Appellants’ interpretation of the interaction between sections 3136 C.C.Q. and 491 para. 2 C.C.P. The Court of Appeal considered that the legislator could not have wished to interfere with the cumulative conditions of section 3136 C.C.Q. where it would be more convenient or proportional for a party, in terms of energy and resources, to take legal action in Quebec, even if that action has only a “minimal link” with Quebec. The Court recalled that the objective of the forum of necessity is not one of convenience but one of avoiding a denial of justice.

In that regard, to allow a party to take legal action against a defendant who has no connection to Quebec within the meaning of section 3148 C.C.Q. simply because it would be more proportional to do so, and setting aside the inherent criteria of section 3136 C.C.Q., “could have significant practical consequences, since the plaintiffs who are uncertain of being able to establish the international jurisdiction of the Quebec authorities under the usual rules would be encouraged to present an alternative argument related to proportionality” (para. 4, translation). According to the Court, an analysis of the parliamentary debates that led to the adoption of section 491 al. 2 C.C.P. showed that the legislator could not have wanted to make such a significant change as the Respondents claimed.

Despite the above, the Court left the door open to the possibility that the problems that could be encountered by a party who would be obliged to take legal action abroad could justify the use of the forum of necessity by a Quebec authority when these are “so onerous as to truly jeopardize [the] right of access to justice” (paras. 10-11, translation), for instance when they call into question a person’s integrity. Just like the criterion stipulating that it is impossible to take legal action outside Canada, the criterion that it would be unreasonable to require it must, however, be accompanied by the evidence necessary to support it.

The Judge, however, did not have any such evidence in the record and could only assume that forcing the Respondents to take legal action abroad (in this case, Ontario, the province in which they reside) against the Appellants endangered their right of action. On the contrary, the Respondents' allegations that there was a risk of contradictory judgment did not represent an unusual inconvenience for such a file and was not sufficient to allow the application of section 3136 C.C.Q. Consequently, the Judge should have concluded that section 3136 C.C.Q. was inapplicable even in the light of section 491 para. 2 C.C.P.

Ultimately, the Court noted that the situation of the Respondents vis-à-vis the Appellants are in fact the result of the substitution of the Quebec plaintiff by the Respondents domiciled in Ontario for the continuation of the proceeding rather than the discontinuance of the application in favor of the filing of a new class action in the natural forum of Ontario.

A request for authorization to the Supreme Court of Canada has been filed. 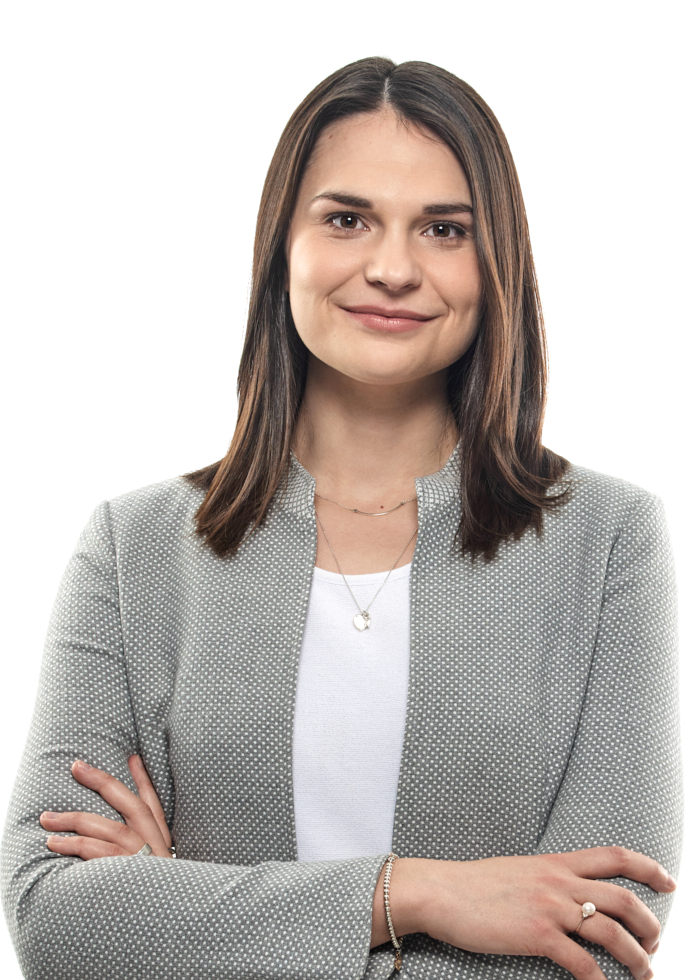 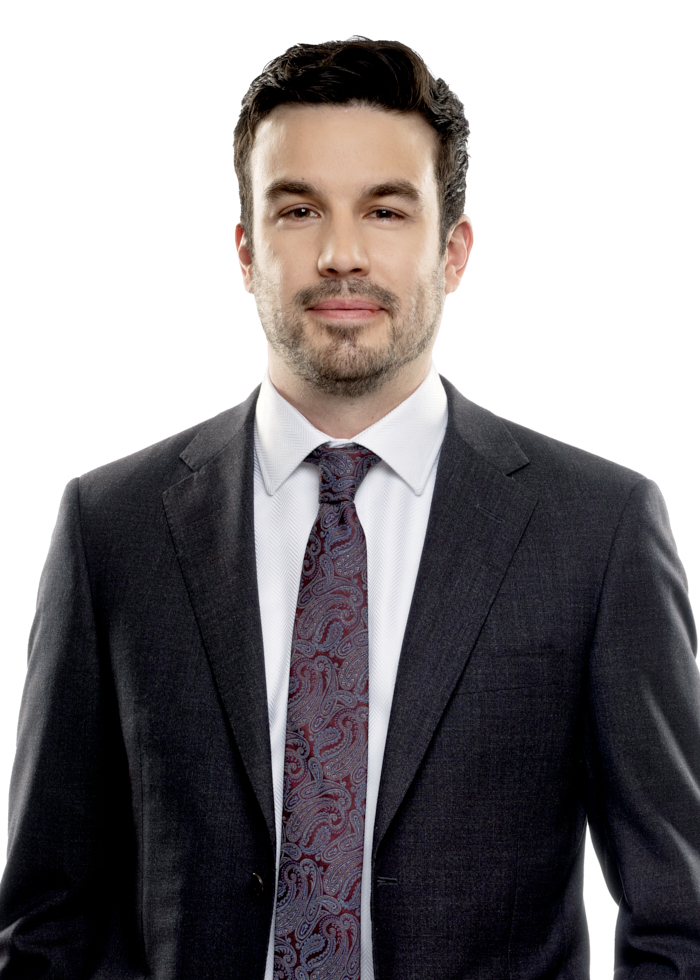