In 66202 Newfoundland & Labrador Inc. v. Municipal Assessment Agency Inc., 2019 NLCA 1, the Newfoundland and Labrador Court of Appeal considered the proper role of an administrative decision maker in a judicial review of its own decision. The court’s three separate sets of reasons illustrate the subjectivity — and, ultimately, the practical futility — of assessing the appropriateness of an agency’s approach to litigation.

The case was about the amount of property tax owed in respect of the Mountain View Retirement Center. 66202 Newfoundland & Labrador Inc. owned and operated the facility. The Municipal Assessment Agency assessed it. The City of Corner Brook taxed it, issuing Notices of Assessment for the 2014 Taxation year.

66202 challenged the Notices. It first sought review by a commissioner appointed under the province’s Assessment Act, 2006, S.N.L. 2006, c. A-18.1. It argued that, because 95 percent of the property was a retirement home, with rooms rented to seniors, it had to be assessed as a residential property, rather than as a business. The commissioner disagreed. A statutory appeal followed to the Supreme Court of Newfoundland and Labrador. It failed. The Court of Appeal unanimously dismissed the appeal.

Each of the three members of the Court of Appeal panel wrote separate reasons. Welsh J.A. wrote the lead judgment. Each of White and Hoegg JJ.A. concurred in the result, while adding their own comments on the Agency’s participation in the appeal.

In his reasons, Welsh J.A. referred to the Supreme Court of Canada’s guidance on agency standing in Ontario (Energy Board) v. Ontario Power Generation Inc., 2015 SCC 44. There, Rothstein J. supplied a non-exhaustive list of three factors to inform a reviewing court’s exercise of discretion in defining an agency’s participation in an appeal, where a statute does not clearly address the issue:

(1) If an appeal or review were to be otherwise unopposed, a reviewing court may benefit by exercising its discretion to grant tribunal standing;

(2) If there are other parties available to oppose an appeal or review, and those parties have the necessary knowledge and expertise to fully make and respond to arguments on appeal or review, tribunal standing may be less important in ensuring just outcomes; and

(3) Whether the tribunal adjudicates individual conflicts between two adversarial parties, or whether it instead serves a policy-making, regulatory or investigative role, or acts on behalf of the public interest, bears on the degree to which impartiality concerns are raised. Such concerns may weigh more heavily where the tribunal served an adjudicatory function in the proceeding that is the subject of the appeal, while a proceeding in which the tribunal adopts a more regulatory role may not raise such concerns.

Welsh J.A. noted that the statute at issue (the Assessment Act) defines both the municipality and the Agency as potential parties to the appeal. This was sufficient to support the Agency’s standing. However, Welsh J.A. also noted that, because of “the Agency’s expertise, experience, and broad provincial perspective, which a municipality would not have, in assessing property”, its participation served an important purpose:

[I]f the Agency did not have standing to take a position adverse to the property owner, […] the result may be that the appeal would be unopposed or not fully argued. The nature of the exercise in assessing property is such that the municipality, a possible alternate party, may not have the knowledge and expertise to assist the court in reaching a correct and just determination. [Emphasis added.]

In this way, Welsh J.A. made clear that, even absent statutory authorization, Rothstein J.’s second factor would have supported the Agency’s standing. There was consequently no doubt that the Agency was a proper party and empowered to make submissions in response to 66202’s appeal.

But what sort of submissions would be appropriate? Welsh J.A.’s colleagues were split on that question.

Though White J.A. agreed that the Agency had standing to participate in the appeal, he was unimpressed with the manner in which it did so:

[A]n objective observer would see the Agency’s position as that of a litigant seeking a win. As an administrative decision maker exercising a statutory right of participation, a more circumspect and nuanced approach than that of an adversary would better serve the public interest. This is particularly true when [66202] and the City of Corner Brook are able to appear before the Court as the “conventional” adversaries.

[I]t is inappropriate for the Agency to simply, and aggressively, advance arguments defending their assessment. The process would be better served by the Agency providing contextual information on their approach to assessment and on the implications of any potential findings of the Court. The role of amicus curiae comes to mind, with the Agency offering the Court the benefit of their knowledge and expertise to ensure the issues are fully and appropriately canvassed. [Emphasis added.]

Nothing followed from this criticism, however. White J.A. would have disposed of the appeal as Welsh J.A. proposed.

Though she agreed with White J.A. that “[i]t may not always be appropriate for the Agency to argue in defence of or in opposition to a commissioner’s decision on appeal”, Hoegg J.A. rose to the Agency’s defence in this case. In her view, “[t]he content and tone of the Agency’s submissions were both appropriate and necessary to permit a fully informed adjudication of the issues before the Court”. This reflected a “contextual determination involving the governing legislation, the nature of the issues, and the presence or absence of other parties before the court”.

Hoegg J.A. observed that: (1) though entitled to participate, the commissioner — whose initial decision to uphold the Agency’s assessment was the matter under judicial review — had declined to participate; and (2) though a party, the City of Corner Brook’s participation “was more akin to a watching brief”. Without the Agency’s arguments in support of its assessment, in other words, adversity would have been lacking. It thus “was not inappropriate for the Agency to argue that the commissioner’ s decisions should be upheld”.

This said, Hoegg J.A. noted that statutory authorization is not the end of the inquiry: “Party status […] does not determine the appropriate role the party ought to take in the litigation”.

Agency adversity and its discontents

It is impossible to announce bright-line parameters for agency participation on judicial review. It may, in some circumstances, be necessary to tie the agency’s hands to maintain the appearance of impartiality. This is more likely to be the case with quasi-judicial administrative tribunals that carry on adjudicative functions, rather than policy-making, regulatory or investigative roles: see Northwestern Utilities Ltd. v. Edmonton, [1979] 1 S.C.R. 684, in which the Supreme Court of Canada limited the Alberta Public Utilities Board’s role to an explanatory one — i.e., akin to an amicus curiae, and in line with White J.A.’s view in 66202 Newfoundland & Labrador Inc.

On the other hand, an administrative decision maker may need to be more broadly involved on judicial review if the reviewing court is to decide the matter fully, correctly, and justly: see Ontario Power Generation, in which the Supreme Court of Canada adopted a flexible, contextual approach to agency standing which requires the court “to balance the need for fully formed adjudication against the importance of maintaining tribunal impartiality”. The reasons of each of Welsh and Hoegg JJ.A. reflect this sort of balancing.

The difference between the three sets of reasons rendered in this case was not one of principle. Rather, it came down to the differences between each judge’s subjective assessment of the Agency’s approach to the litigation. This reflects the most compelling aspect of the approach the Supreme Court of Canada endorsed in Ontario Power Generation — namely, it affords considerable discretion to the reviewing court in assessing the propriety of the agency’s participation.

But the splintering of the Newfoundland and Labrador Court of Appeal also reflects a shortcoming of the Ontario Power Generation framework. While curial discretion may be exercised decisively by a single reviewing judge conducting, in Rothstein J.’s words, “first-instance review” of an administrative decision, it is unrealistic to expect a three-judge appellate panel to exercise similar discretion collectively on a further review to an appellate court. When multiple judges are called upon to exercise their discretion in a single case, results like the one in 66202 Newfoundland & Labrador Inc. are to be expected.

There was, however, only one result in 66202 Newfoundland & Labrador Inc. White J.A.’s dissatisfaction with the Agency’s approach was of no practical consequence. This leaves us with two questions.

First, what is the appropriate remedy when an agency overreaches in its participation on judicial review? If an agency’s standing is challenged as a preliminary matter, the reviewing court can ostensibly place prospective limits on its role in the litigation. But, here, the issue appears to have arisen during (or even after) the hearing of a second-level appeal. Even if all three judges had shared White J.A.’s dim view of the agency’s partisanship, would the applicant (here, 62202) have been entitled to any relief?

Estey J., for the Supreme Court of Canada in Northwestern Utilities, commented that “active and even aggressive participation can have no other effect than to discredit the impartiality of an administrative tribunal either in the case where the matter is referred back to it, or in future proceedings involving similar interests and issues or the same parties”. White J.A.’s separate reasons in 62202 Newfoundland & Labrador Inc. raise the issue of whether an after-the-fact expression of judicial disapproval, with no effect on the outcome of the litigation, can provide a sufficient disincentive to administrative decision makers that may be inclined to enter the ring on judicial review.

Second, after Ontario Power Generation, in what circumstances will it make sense for a private litigant to argue for limits on agency participation on judicial review? It is not clear from the Newfoundland and Labrador Court of Appeal’s reasons in 62202 Newfoundland & Labrador Inc. that the issue was actually raised by any of the parties, rather than by White J.A., behind the scenes, during the judgment-writing process. Given the subjectivity of the analysis and the lack of any effect on the outcome, it is not clear that — except where the agency’s standing is itself in issue — it will ever be worth arguing that the administrative decision maker has overstepped.

As Welsh and Hoegg JJ.A. each affirmed, the dispositive consideration, where agency participation on judicial review is concerned, will be whether the agency’s submissions will assist the court in justly determining the issue. Subject to the need to preserve the tribunal’s appearance of impartiality, reviewing courts will loathe to criticize agencies that take part in the proceedings before them, particularly where they are statutorily authorized to do so. And, even where a decision maker is unduly adversarial, there will be no material penalty to accompany the court’s disapprobation.

There is little doubt that agency participation in the judicial review process will continue to generate controversy. As 62202 Newfoundland & Labrador Inc. illustrates, that controversy will be as much between judges as before them.

Adam Goldenberg is an associate in McCarthy Tétrault LLP’s National Appellate Litigation Group and an Adjunct Professor of Law at the University of Toronto, where he teaches appellate practice and procedure. Emilie Bruneau is an Articling student at McCarthy Tétrault LLP. 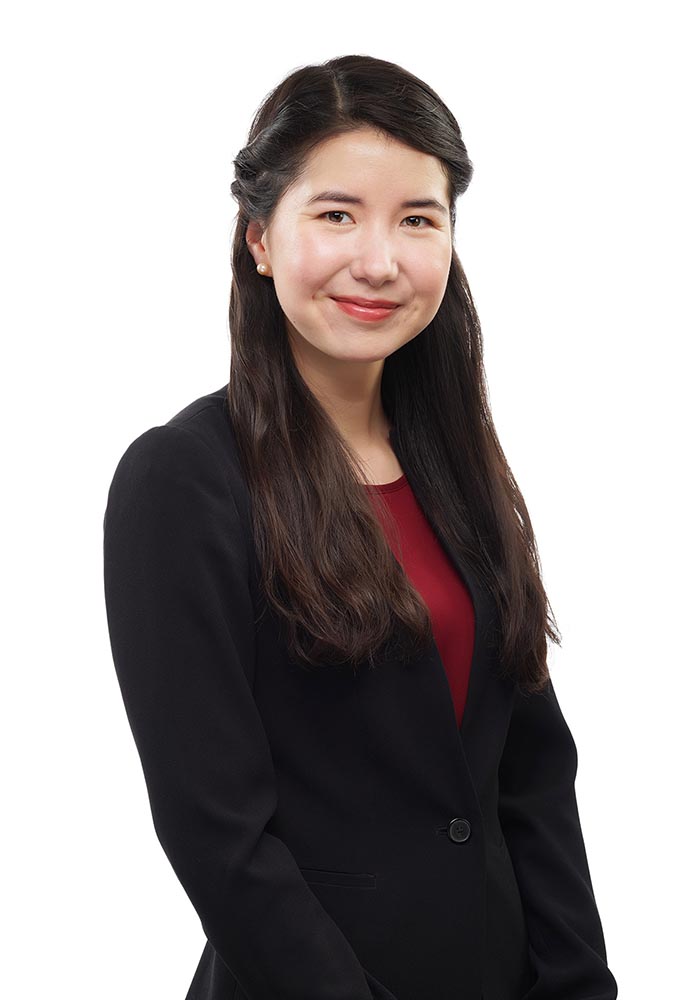