Tercon Travels to Quebec: The Supreme Court of Canada Limits the Civilian Doctrine of “Breach of a Fundamental Obligation”

The recent decision of the Supreme Court of Canada in 6362222 Canada inc. v. Prelco inc., 2021 SCC 39 offers a fascinating exploration of the civilian doctrine known as “breach of a fundamental obligation”.  Similar to the now-defunct common law doctrine of “fundamental breach”, which the Supreme Court rejected in Tercon Contractors Ltd. v. British Columbia (Transportation and Highways), 2010 SCC 4, the civilian doctrine treats an exoneration or limitation of liability clause (collectively, a “non-liability clause”) as having no effect if it relates to the very essence of an obligation.  While the Supreme Court in Prelco confirmed that the doctrine exists in Quebec for certain types of contracts between parties of unequal bargaining power – i.e., consumer contracts and contracts of adhesion – it clarified that the doctrine does not apply to synallagmatic contracts that are freely negotiated between sophisticated parties (though it cautioned that non-liability clauses in such contracts may still be ineffective if the contractual breach involves gross or intentional fault, or the clause purports to exclude or limit liability for bodily or moral injury).  In taking this approach, the Supreme Court affirmed the fundamental importance of freedom of contract and the autonomy of the will, bringing the civil and common law of contracts closer together.  Nevertheless, the Court’s decision may also raise new questions about the enforceability of exemption clauses in the common law provinces.

The appellant, Createch, is a consulting firm specializing in performance improvement and the implementation of integrated management systems.  It provided professional services to Prelco, a manufacturing company that makes and transforms flat glass. Their contract included a non-liability clause in favour of Createch which stipulated as follows:

Createch’s liability to the client for damages that can be attributed to any cause whatsoever, regardless of the nature of the action, whether provided for in the agreement or delictual, shall be limited to amounts paid to Createch under the Agreement unless such damages result from gross negligence or wilful misconduct on Createch’s part. If such damages result from the delivery of unsatisfactory services, Createch’s liability shall be limited to the amount of any fees paid in relation to the said unsatisfactory services.

Createch may not be held liable for any damages resulting from the loss of data, profits or revenue or from the use of products or for any other special, consequential or indirect damages relating to services and/or material provided pursuant to the Agreement unless such damages result from gross negligence or wilful misconduct on Createch’s part.

When the system was implemented, numerous problems arose. Prelco decided to terminate its contractual relationship with Createch and brought an action against it in damages for purely material losses (i.e., the reimbursement of an overpayment, costs for restoring the system, claims from customers, and loss of profits).

The Superior Court granted Prelco’s application and concluded that the non-liability clause was inoperative based on the doctrine of breach of a fundamental obligation. The trial judge further found that since Createch “did not show gross recklessness, gross carelessness or gross negligence”, this mistake could not be characterized as an intentional fault, which meant that it did not fall squarely within the parameters of article 1474 of the Civil Code of Quebec (“CCQ”) (a provision that prohibits a party from relying on a non-liability clause when its conduct amounts to gross or intentional fault). It also found that the contract was not one of adhesion, meaning that both parties had the opportunity to negotiate it with no significant powers imbalance at play. Nonetheless, the trial judge relied on academic commentaries and judicial decisions in support of the application of the doctrine of breach of a fundamental obligation to this case.

The Court of Appeal confirmed this decision. It found that the doctrine of breach of a fundamental obligation is a creation of the Quebec courts drawn from civil law commentary and jurisprudence, not just a common law rule. As a result, it found that the holding in Tercon, where the Supreme Court rejected the common law doctrine of "fundamental breach,” had no consequence for the case at hand.

The Supreme Court of Canada

In joint reasons issued by Wagner C.J.C. and Kasirer J., the Supreme Court allowed the appeal, concluding that the non-liability clause in Prelco was valid and operative. It did so because neither of the possible legal bases for the doctrine of breach of a fundamental obligation in Quebec civil law — (a) validity of the clause having regard to public order, and (b) validity of the clause having regard to the requirement relating to the cause of the obligation — applied.

As to the first possible basis for the doctrine, the Court held that public order does not have the effect of rendering a non-liability clause entered between two sophisticated parties inoperative. The legislature in Quebec stipulated specific situations where the freedom to contract can be limited with regards to non-liability clauses. First, article 1474 CCQ prohibits reliance on such clause in cases of gross negligence and / or intentional fault, and also renders inoperative any clause that purports to exclude or limit liability for bodily injuries. Second, article 1437 CCQ nullifies an abusive clause − i.e. a clause that departs from the fundamental obligations of a contract to such an extent that it changes the nature of the contract − if it is contained in a contract of adhesion or a consumer contract. The Court clarified that article 1437 in fact codifies the doctrine of breach of a fundamental obligation, but limits it to certain types of contracts characterized by an imbalance between the parties. Because the Quebec legislature deliberately chose to restrict these protections, it intended that sophisticated parties be free to manage the risks of non-performance themselves.

As to the second possible basis for the doctrine, it stems from the requirement, stated at article 1371 CCQ, that a contract must have a cause to have effect. This means that the contract must have a logical, impersonal or abstract reason that justifies a party’s acceptance of his or her obligations, or the performance of the correlative obligation in the synallagmatic contract. The requirement of cause in the civil law has some similarities to the doctrine of consideration in the common law. The argument advanced by Prelco in this case was that, if deemed operative, the non-liability clause would deprive Prelco of the correlative obligation owed to it by Createch, and thus deprive the Prelco’s own obligations of their cause. The Supreme Court refused to conclusively rule on the validity of this argument, because it found that on the facts of the appeal, the non-liability clause did not make Createch’s counterprestation insignificant and non-existent. This was because it still permitted Prelco to pursue sanctions for Createch’s non-performance, so it could not be said that Prelco’s own obligation was deprived of its objective cause.

Implications of the Decision for Quebec Civil Law

The Prelco decision is an important development in Quebec civil law, and will have the effect of reinforcing freedom of contract and the autonomy of the will in commercial contexts. The Supreme Court cautioned that it would be inappropriate for judges to intervene and invalidate non-liability clauses, even if otherwise considered as abusive, when they are freely agreed upon by two sophisticated parties. The rule of general application remains that non-liability clauses will be given effect, unless they fall within the narrow exceptions prescribed by the CCQ.

The civil law of Quebec allows for judicial interference to invalidate a non-liability clause only when dealing with consumers contracts and contracts of adhesion, when one party has committed gross negligence or an intentional fault, when the clause purports to exclude or limit liability for bodily or moral injury, or through the narrow doctrine of Lesion. Lesion results from the exploitation of one of the parties by the other, which creates a serious disproportion between the prestations of the parties (art. 1406 CCQ). It is a defect of consent that may nullify a contract only when raised by a minor or a protected person of full age (art. 1405 CCQ). In some instances, the Courts have also used the doctrine of Error (art. 1400 CCQ) as a substitute for the lack of a coherent doctrine of protection against exploitation. The common theme across all of these exceptions is that the civil law will limit the autonomy of the wills in situations where one party is substantially at a disadvantage in terms of bargaining powers. The law will not interfere, however, when the bargain is between two sophisticated parties, which is a feature of most commercial transactions.

Implications of the Decision for the Common Law

Of perhaps equal importance, the Supreme Court in Prelco seems to have reaffirmed the robust approach to bijural legal analysis in contract disputes recently taken by the majority in C.M. Callow Inc. v. Zollinger, 2020 SCC 45. In drawing upon Tercon’s rejection of the common law doctrine of fundamental breach, the Prelco Court held that even though “the civil law doctrine of breach of a fundamental obligation has a history of its own that is shaped by Quebec’s legislation, jurisprudence and academic commentary and is not dictated by sources from other jurisdiction”, the “consideration of the common law remains relevant to Quebec law for the purpose of determining how the civil law doctrine gives way to freedom of contract, while at the same time abiding by principles whose purpose is to protect vulnerable parties”.  The Court proceeded to identify an important parallel between the civil and common law here, observing that “neither of the two legal traditions has a rule of general application that totally prohibits non‑liability clauses relating to fundamental obligations in contracts between sophisticated parties”.  As a result, Prelco may be seen to reinforce the growing dialogue between the civil and common law in matters of contract law.

By doing so, however, the Court’s decision in Prelco has the potential to raise new questions about the common law of contracts itself.  A number of the issues the Court addressed under the civil law of Quebec have parallels in the common law jurisprudence.  By way of example:

It will be interesting to see whether Canadian courts regard the Prelco decision as impacting the enforceability or interpretation of exemption clauses in the common law provinces. 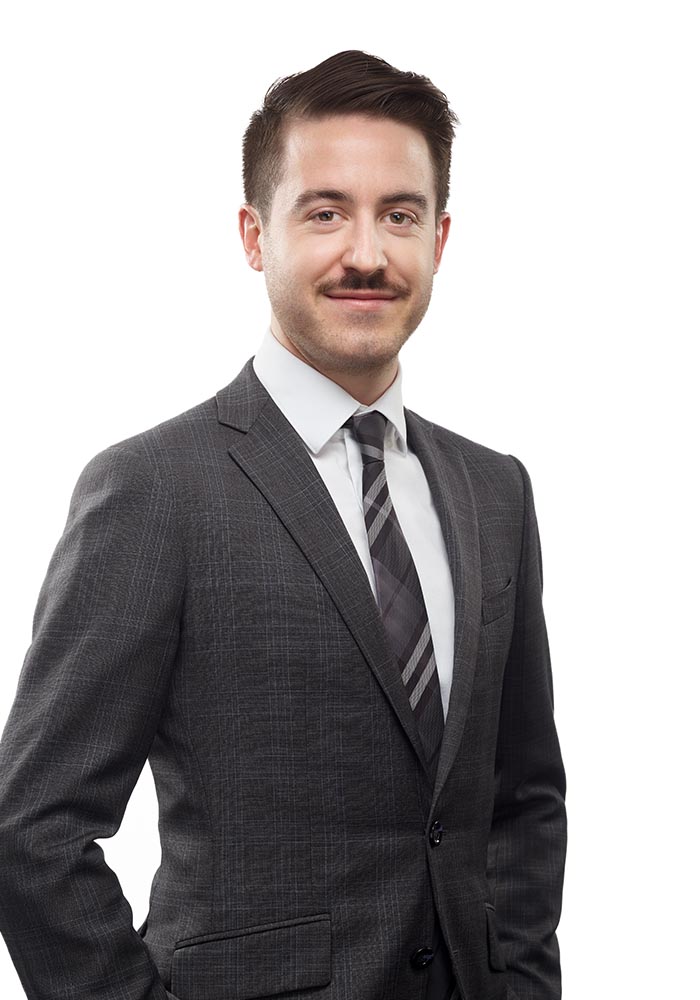