A Question of Attribution: UK Supreme Court Clarifies Law on the Illegality Defence and the Quincecare Duty Owed By Financial Institutions

A Question of Attribution

The UK Supreme Court has released an important decision, limiting the circumstances when the actions of a directing mind can be attributed to the company he owns and controls. That decision, Singularis Holdings Limited (in liquidation) v Daiwa Capital Markets Europe Limited,[1] also marks the termination of the first case in the UK where a financial institution has been found in breach of the so-called “Quincecare” duty of care. The Quincecare duty establishes that a financial institution will be liable in situations where it has executed a payment instruction “knowing it to be dishonestly given, or shut its eyes to the obvious fact of the dishonesty, or acted recklessly in failing to make such inquiries as an honest and reasonable man would make.”[2]

The respondent, Singularis, is a company registered in the Cayman Islands, set up to manage the personal assets of a Saudi Arabian business man, Maan Al Sanea, At all relevant times, Mr. Al Sanea was its sole shareholder, and was also a director of Singularis, its chairman, president and treasurer. There were six other directors but they did not exercise any influence over the management of the company. Singularis delegated extensive powers to Mr. Al Sanea to take decisions on its behalf, including signing powers over the company’s bank accounts.[3] Mr. Al Sanea was also the founder and chairman of the Saad Group of companies, a Saudi Arabian conglomerate.[4]

The appellant, Daiwa Capital Markets Europe Limited, is an investment bank and brokerage firm, which provided Singularis with loan financing in 2007 to enable it to purchase shares which were the security for the repayment of the loan. In June 2009, all the shares were sold, the loan was repaid, and Daiwa held a cash surplus for the account of Singularis. Together with a sum of US$80M deposited by Singularis, the total held to Singularis’ account in June 2009 was approximately US$204M.[5]

By the middle of 2009 it appeared that the company was running into difficulties. Between June 12 and July 27, 2009, Singularis instructed Daiwa to make eight payments, totaling approximately US$204.5M out of the money held to Singularis’ account to Saad Group entities. Those instructions were given with the approval of Mr. Al Sanea who, as between Singularis and Daiwa, had authority to give instructions to make the payments. Daiwa made the payments. On August 20, 2009, Mr. Al Sanea placed Singularis in voluntary liquidation.[6]

On July 18, 2014, Singularis, acting through its joint liquidators, brought a claim against Daiwa for the full amount of the payments, on the basis (1) that Daiwa dishonestly assisted Mr. Al Sanea’s breach of fiduciary duty in misapplying the company’s funds, and (2) that Daiwa had breached its Quincecare duty of care to the company by giving effect to the payment instructions.

At first instance, Justice Rose dismissed Singularis’ dishonest assistance claim but upheld the negligence claim against Daiwa.[7] Daiwa’s appeal on this ground was dismissed by the Court of Appeal.[8] Daiwa then appealed to the Supreme Court arguing that, as Singularis was effectively a one-man company, and Mr. Al Sanea was its controlling mind and will, his fraud was to be attributed to the company. The consequence of this attribution, Daiwa argued, was that Singularis’ Quincecare claim against Daiwa was defeated, either by illegality, or for lack of causation (either because the duty did not extend to protecting Singularis from its own wrongdoing or because Singularis did not rely upon performance the duty), or because of an equal and opposite claim by Daiwa against Singularis for the company’s deceit.[9]

Daiwa had relied on the decision of the House of Lords in Stone & Rolls Ltd v Moore Stephens, a case where knowledge of the fraud of a directing mind and will was attributed to the company he controlled, thereby preventing the company’s claim against its auditors, who were alleged to have been negligent in failing to detect and prevent the fraud.[10]

As Lady Hale remarked, Stone & Rolls has prompted debate and criticism. It has created much difficulty to the extent that it is treated as authority for the proposition that the dishonesty of the controlling mind in a “one-man company” could be attributed to the company regardless of the context and purpose of the attribution in question.[11] That proposition can now no longer be regarded as good law. Lady Hale agreed with Justice Rose, the first instance judge in Singularis, that “there is no principle of law that in any proceedings where the company is suing a third party for breach of a duty owed to it by that third party, the fraudulent conduct of a director is to be attributed to the company if it is a one-man company.”[12]Stone & Rolls has now been finally laid to rest and answers to relevant questions of attribution are always to be found in the context and purpose for which the attribution is relevant.[13]

This contextual and purposive approach precluded any attribution of Mr. Al Sanea’s wrong to the company because the context of the case was the breach by Daiwa of its Quincecare duty of care to Singularis; it was incontrovertible that Daiwa has indeed breached that duty.[14] Given that the purpose of that duty was to protect Singularis against just the sort of misappropriation of its funds that had taken place, to attribute the fraud of Mr. Al Sanea to Singularis would be to “denude the duty of any value in cases where it is most needed.” That is, if Daiwa’s attribution argument were accepted, there would either be no Quincecare duty of care or its breach would cease to have consequences. “This” said Lady Hale “would be a retrograde step.”[15]

Even if Mr. Al Sanea’s fraud were to be attributed to Singularis, however, Lady Hale would still not have allowed Daiwa to succeed on its three subsidiary arguments concerning illegality, causation and deceit.

The illegality defence is based on the principle that no one can found a cause of action on an immoral or an illegal act: ex turpi causa non oritur actio.[16] The test for a successful defence to an action based on this principle was framed by Lord Toulson in the recent UK Supreme Court case Patel v Mirza:

The essential rationale of the illegality doctrine is that it would be contrary to the public interest to enforce a claim if to do so would be harmful to the integrity of the legal system … In assessing whether the public interest would be harmed in that way, it is necessary (a) to consider the underlying purpose of the prohibition which has been transgressed and whether that purpose will be enhanced by denial of the claim, (b) to consider any other relevant public policy on which the denial of the claim may have an impact and (c) to consider whether denial of the claim would be a proportionate response to the illegality, bearing in mind that punishment is a matter for the criminal courts [17]

Lady Hale agreed with the first instance judge that Daiwa could not make out an illegality defence to Singularis’ cause of action based on the test in Patel because (a) the purpose of the underlying prohibition which had been transgressed was to protect the company becoming the victim of the wrongful exercise of power by officers of the company, a purpose which would not be enhanced by preventing the company from getting back the money which had been wrongfully removed from its account;[18] (b) denial of the claim would have a material impact on the growing reliance on banks and other financial institutions to play an important part in reducing and uncovering financial crime and money laundering;[19] and (c) denial of the claim would be an unfair and disproportionate response to any wrongdoing on the part of Singularis. Justice Rose’s deduction of 25% from the damages awarded to account for contributory negligence on the part of Singularis was a more proportionate response than a holus bolus denial of the claim.[20]

Daiwa argued that, because the fraud was to be attributed to the company, Singularis’ loss was caused by its own fault and not caused by Daiwa. Lady Hale held, however, that this argument inverted the chain of causation: the fraudulent instruction to Daiwa gave rise to the duty of care which the bank breached, thus causing the loss. That is, had it not been for that breach, the money would still have been in the company’s account and available to the liquidators and creditors.[21]

Based on the premise of attribution, Daiwa argued that because it would have an equal and countervailing claim in deceit against the company, Singularis’ claim in negligence should fail for circularity. This was a variant of the causation argument and failed, as before, because it located the cause of loss in the wrong place. It was Daiwa’s breach of its Quincecare duty of care, not Mr. Al Sanea’s misrepresentations, that was the cause of Daiwa’s exposure to the claim for Singularis’ loss.[22] It would in any event be a surprising outcome if Daiwa, “having breached that [Quincecare] duty, could escape liability by placing reliance on the existence of the fraud that was itself a pre-condition for its liability.”[23]

At the Court of Appeal, Sir Geoffrey Vos commented, when reaffirming Justice Rose’s holding against Daiwa, that “it will be a rare situation for a bank to be put on inquiry; there is a high threshold.”[24] It remains to be seen how restrictively the Courts will apply the Quincecare duty now that a financial institution has been found in breach for the first time. Certainly, Lady Hale did not stress the strictness of its application when giving the decision of the Supreme Court. The Quincecare duty is likely to acquire an enhanced importance in a context of growing reliance on banks and other financial institutions to uncover and suppress financial crime and money laundering, something adverted to by Justice Rose at first instance.

The decision in Singularis considers issues that the courts have also grappled with here in Canada. In the recent auditors’ negligence case at the Supreme Court of Canada, Deloitte & Touche v. Livent Inc. (Receiver of), the appellant, Deloitte, sought to bar Livent’s negligence claim against it on the basis that the wrongful conduct of Livent’s directors, Drabinsky and Gottlieb, should be attributed to Livent itself.[25] The Supreme Court of Canada rejected that proposed attribution, reasoning that denying liability on the basis that an individual within the corporation has engaged in the very action that the auditor was enlisted to protect against would render the relevant statutory audit meaningless.[26] The Supreme Court of Canada did, however, “leave for another day the question of whether the same is true in the context of a ‘one man’ corporation, where the sole director and shareholder hires the auditor to uncover the wrongful action which he, himself, carries out.”[27] It will be interesting to see how our courts will consider that question of attribution, in the context of a ‘one man’ corporation, in the aftermath of Singularis. 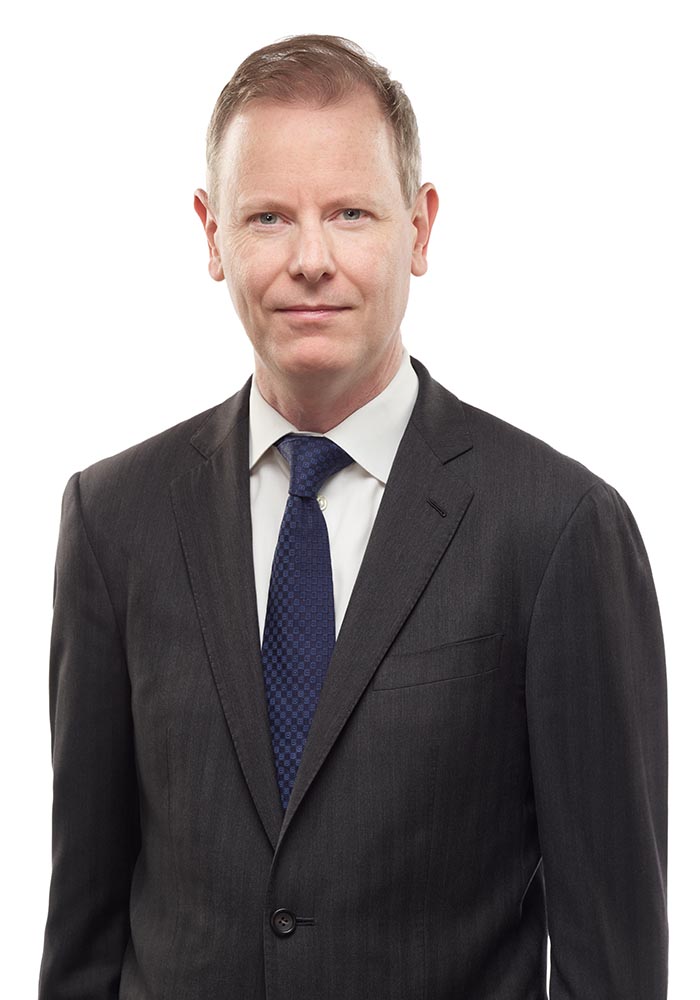