Old Wine into New Bottles: A Brief History and Current State of the Law on Penalty Clauses

Parties to a contract may, at the time of contracting, turn their minds to the appropriate remedy in the event of breach, and specify that remedy in their contract through a stipulated-consequence-on-breach clause (“S-C Clause”).

Historically, where the S-C Clause provided for a specific quantum of damages upon the occurrence of a breach, courts were reluctant to enforce the parties’ intentions. Pursuant to an old and “venerable common law rule”, such a term would not be enforced unless it represented a “genuine pre-estimate of liquidated damages”. As a consequence, in spite of the promisor’s express agreement to the contrary, the disappointed promisee has had to prove the damages caused by the promisor’s breach of contract, just as the promisee would have to do in the absence of an S-C Clause. These and related propositions are known as the common law “Penalty Rule”.

The Penalty Rule was changed, however, as a result of two decisions of the Supreme Court of Canada (“SCC”) in the 1970s,[1] and a series of decisions by four provincial appellate courts in the 1990s.[2] The revised approach has been to enforce S-C Clauses unless the effect of doing so would be “unconscionable” or “oppressive”.

In recent years, however, the old and the new have been conflated, in that unconscionability or oppression has often been assessed by determining whether the sum yielded by the enforcement of an S-C Clause is penal or a genuine pre-estimate of liquidated damages.

As a result, commercial parties are uncertain of whether their own S-C Clauses will be enforced by the courts, and there is a need for a more clear and modern test, as recently recognized in Capital Steel v Chandos Constructions Ltd, 2019 ABCA 32 (“Chandos”), per Wakeling JA (in dissent).

An Overlooked and Under-Considered Threshold to the Penalty Rule

There is a threshold issue to each analysis of whether an S-C Clause amounts to a penalty. A contractual term cannot be classified as a penalty unless it requires a payment to be made for breach of contract by one of the parties.[3] Thus, a term requiring payment upon a stipulated event cannot be held to be a penalty,[4] even though the event may constitute a breach of contract by another party under a different contract.[5]

“There is a venerable common law rule to the effect that the courts will not require a party to pay a genuine or true penalty on grounds of public policy.”[6] The venerable rule distinguished between an unenforceable penalty clause and an enforceable liquidated damages clause. The distinction was whether the clause represented a genuine pre-estimate, made at the time of contracting, of the damages to be suffered in the event of breach. In Canadian General Electric Co v Canadian Rubber Co of Montreal, [1915] 52 SCR 349 (“General Electric”), the SCC wrote:

A penalty is the payment of a stipulated sum on breach of the contract, irrespective of the damage sustained. The essence of liquidated damage is a genuine covenanted pre-estimate of damage.[7]

The unenforceability of penalties was based on notions of fairness and reasonableness, a concern that the penalty would act “in terrorem of the offending party” and coerce that party to perform for fear of being exposed to damages in excess of what was reasonable to compensate the innocent party for its loss of bargain.[8] The winds of change, however, blew in HF Clarke v Thermidaire, [1976] 1 SCR 319 (“Thermidaire”), where Laskin CJ, for the majority, observed:

[T]he court will begin by construing the contract in which the parties have objectively manifested their intentions, and will consider the surrounding circumstances so far as they can illuminate the contract and thus aid in its construction. It seems to me, however, that if, in the face of the parties’ assertion in their contract that they were fixing liquidated damages, the court concludes that a penalty was provided, it would be patently absurd to say that the court was giving effect to the real intention of the parties when the court’s conclusion was in disregard of that intention as expressed by the parties.

The New Rule: Enforceable Unless Unconscionable or Oppressive

The approach that is now favoured is to enforce an S-C Clause unless the provision is “unconscionable” or “oppressive”. As will be explained below, however, vestiges of the venerable rule remain. While the framework of the analysis differed from before (focused on unconscionability or oppression and whether it is appropriate to grant relief, rather than on the question of whether the clause constitutes a genuine pre-estimate of damages at the time of contracting), much of the former law on penalty clauses survives, as unconscionability or oppression is often assessed by reference to what formerly would have been considered to be a penalty clause.

Later in the Thermidaire decision cited above, Laskin CJ dealt the first death-blow to the Penalty Rule:

The sum will be a penalty if it is extravagant and unconscionable in amount in comparison with the greatest loss that could conceivably be proved to have followed the breach.[9]

The power to strike down a penalty clause is a blatant interference with freedom of contract and is designed for the sole purpose of providing a relief against oppression for the party having to pay the stipulated sum. It has no place where there is no oppression.[10]

These observations were then picked up in subsequent cases,[11]  and “judicial enthusiasm for the refusal to enforce penalty clauses… waned in the face of a rising recognition of the advantages of allowing parties to define for themselves the consequences of the breach”.[12]

The Current State of the Law in Alberta

Three considerations appear to guide Alberta courts in determining whether an S-C Clause is unconscionable or oppressive and therefore an unenforceable penalty.

In Precision Drilling Canada Limited Partnership v Yangarra Resources Ltd, 2015 ABQB 649 (“Yangarra”), the Alberta Court of Queen’s Bench (“ABQB”) found that the plaintiff’s 18% interest rate charged on unpaid invoices did not constitute an unenforceable penalty. Although the 18% interest rate was significantly higher than the plaintiff’s cost of funds, it was an industry standard rate.[13] The Court commented:

While there is no doubt that an agreed upon interest rate of 18% contains an element of ‘incentive’ in addition to an element of compensation, I find nothing extravagant or unconscionable about a goods or service provider charging 18% interest if they are not paid on time for goods or services provided. In my many years of experience, interest charges are typically charged in such circumstances, and it is very common for such interest charges to range from 1.5% to 2% per month.[14]

Conversely, the ABQB found that the 30% interest charge at issue in Markdale Ltd v Ducharme, 1998 CanLII 29734 (ABQB) (“Markdale”), was unenforceable. In the absence of a justification for the elevated interest rate, such as the interest rate paid by the plaintiff on its financing, or the rate of return earned on its investments, the 30% rate was considered oppressive by the Court.[15]

The amount to which the innocent party would, on breach of contract, be entitled

Similarly, the ABQB in Ashland Scurlock Permian Canada Ltd et al v NESI Energy (Bankrupt), 1998 CanLII 29737 (“Ashland”) disallowed the plaintiff’s claim comprised of $800,000 in unliquidated damages and $1,300,000 pursuant to an S-C Clause. The Court stated that “the amount of the multiple used in the formula [to calculate the damages] creates an extravagant amount which cannot be regarded as having any real relation to any loss” and therefore found the S-C Clause to be unenforceable.[17]

The justification or commercial reasonableness of the S-C Clause

The Alberta Court of Appeal was given the opportunity to weigh in on S-C Clauses in Capital Steel Inc v Chandos Construction Ltd, 2019 ABCA 32 (“Chandos”). While the majority decided the issue of the enforceability of the S-C Clause according to the anti-deprivation rule in bankruptcy, Wakeling JA, in dissent, also considered whether it constituted an impermissible penalty. In holding that the S-C Clause was not oppressive, Wakeling JA offered the following reasons: (i) it flowed from a commercial contract; (ii) there was no indication that the defendant had insufficient resources to retain legal counsel prior to signing the contract; (iii) it reflected the fact that the plaintiff would incur administrative costs associated with finding a replacement sub-contractor; (iv) it documented the parties’ agreement that there was a correlation between the defendant’s performance and its remuneration; (v) and it made commercial sense.[18]

The ABQB also employed commercial reasonableness in evaluating the enforceability of the impugned S-C Clause in Bodkin Leasing Corp v Mighty Moose Holdings Ltd, 2014 ABQB 280 (“Mighty Moose”). Under the S-C Clause, the plaintiff was entitled to the full amount of all future payments under the lease, without discounting them back to present value. Most leases, however, contain a discount calculation that reflects the present value of future payments.[19] Consequently, the S-C Clause permitted the plaintiff to earn “interest-upon-interest.”[20] The Court found the S-C Clause to be arbitrary in that liability on default would be much higher if default occurred during the first few months of the lease despite the fact that the administrative cost of seizing and selling the vehicle would not change depending on the time of default.[21] Ultimately, the ABQB held that, absent a present value clause, the S-C Clause was “arbitrary, unconscionable, and unenforceable as a penalty.”[22]

There remains a need for judicial clarity regarding the test to be applied in determining the enforceability of S-C Clauses. However, the foregoing cases illustrate that Alberta courts will be guided by factors such as the amount payable under the S-C Clause in comparison to the entire damage award or industry standards, proportionality between compensation under the S-C Clause and the amount to which the innocent party would be entitled on breach of contract, and the basis for, and commercial reasonableness of, the S-C Clause. 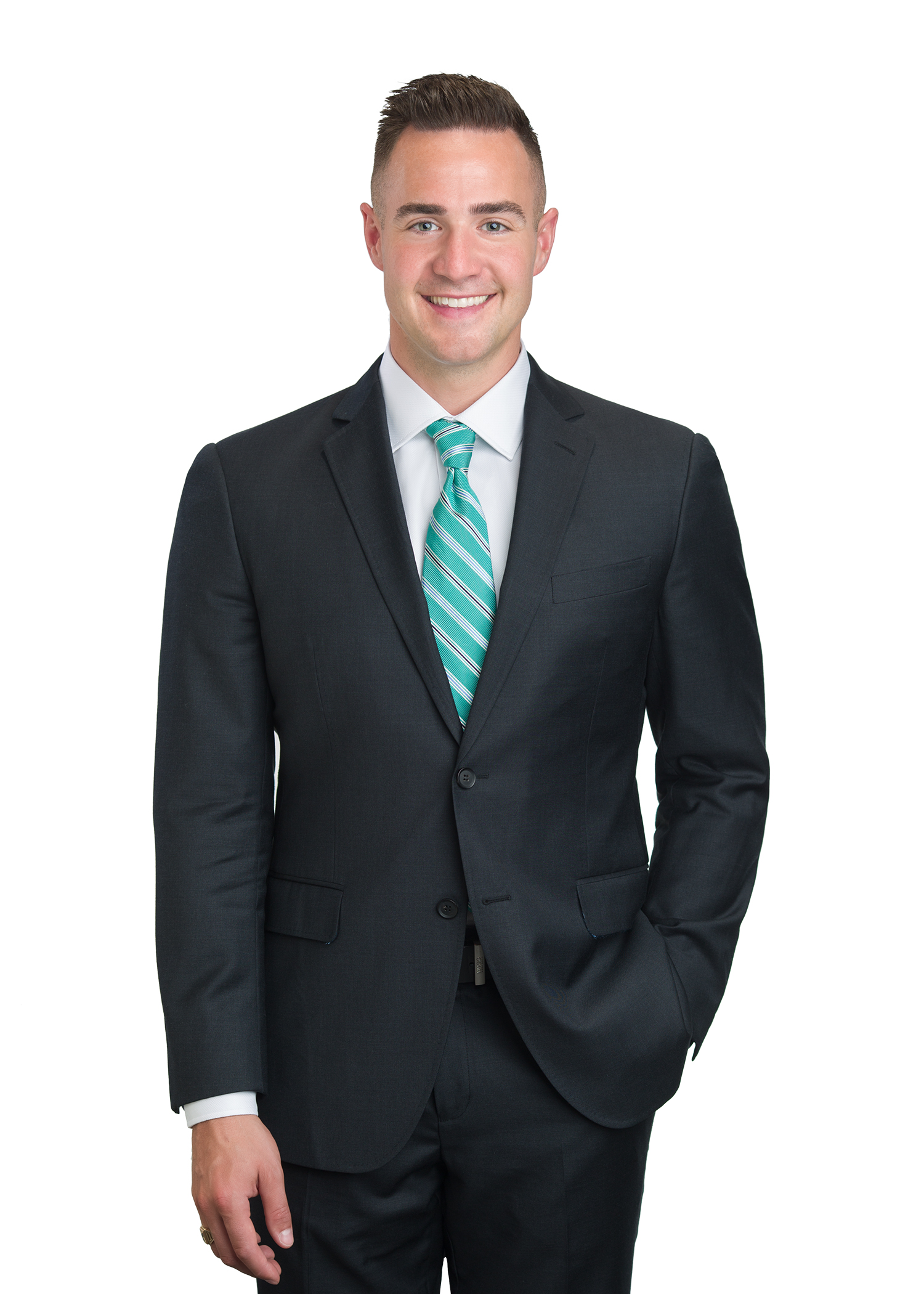