Ontario’s lobbying rules have changed. Here’s what you need to know.

If you communicate with Ontario government officials as part of your business, the new rules may apply to you. Before you next press “send” or pick up the phone, make sure that you and your team understand the new reporting requirements and that your internal policies and procedures reflect them.

For businesses and not-for-profit organizations, the most important changes are:

Under the LRA, lobbying is defined as any communication with a public office holder[1] by a paid individual in an attempt to influence any provincial legislation, regulation, policy, program, privatization, outsourcing, or financial benefit.

Where the paid individual is a “consultant” lobbyist – that is, an individual who, for payment, undertakes to lobby on behalf of a person, corporation, partnership, or organization of which the lobbyist is not an employee or a paid director – lobbying includes the above, as well as any communication with a public office holder in an attempt to arrange a meeting between that public office holder and any other person, or in an attempt to influence the awarding of any contract.

For most corporations and organizations, the most significant change to Ontario’s lobbying rules will be the new, lower threshold for corporate registration.

Under the new rules, paid directors of a corporation who lobby count as in-house lobbyists. Their lobbying activities must be added to those of a corporation’s paid employees in determining whether the new 50-hour registration threshold is met.

The new rules permit the Ontario Cabinet to change the 50-hour registration threshold by regulation.

2. The CEO must register

Under the previous rules, in-house lobbyists for corporations and partnerships are responsible for their own registrations.[2] Under both the previous rules and the new rules, the obligation to register on behalf of an organization (including a not-for-profit organization) rests with its senior officer.

The corollary to this rule is that a senior officer who fails to comply with the corporation’s, partnership’s, or organization’s registration obligations under the LRA may be convicted of an offence, fines for which may run as high as $100,000. These penalties are discussed below.

The new rules empower the Integrity Commissioner, as Registrar, to conduct investigations of possible breaches of the LRA. The Registrar has two years from the date on which he knew or should have known about the alleged non-compliance to commence an investigation.

The Registrar is not required to give notice to the person being investigated until after the investigation is complete, and then only if the Registrar believes that there has been a breach of the LRA. Persons who are subject to an investigation will have an opportunity to respond to allegations.

You have the right to counsel in your interactions with the Registrar. The amendments expressly provide that individuals may be represented by counsel during an investigation. If you find yourself on the receiving end of a call from the Registrar, it is advisable to seek advice from a lawyer. Just like on TV, what you say (and write) may be used against you.

The LRA also creates a number of offenses for non-compliance. With necessary modifications to reflect the new rules, these remain in place. The amendments do, however, stiffen the maximum fines that may be imposed on conviction; under the new rules, individuals may be fined up to $25,000 for a first offence and up to $100,000 for each subsequent offence.

Note that, in the case of in-house lobbyists, it is the senior officer of the corporation, partnership, or organization who may be charged, convicted, and fined under the offence provisions of the LRA.

The new rules prohibit retaliation against anyone for making a disclosure to the Registrar or for giving evidence in a proceeding. Prohibited forms of retaliation include dismissal from employment, penalties, coercion, intimidation, and harassment. Under the new rules, whistle-blowers may not be sued or have any other proceeding commenced against them for whistle-blowing, unless the whistle-blower acted maliciously or in bad faith. Lobbyists and their employers are also prohibited from discouraging or obstructing others from reporting to the Registrar.

The amendments create new offences for violations of these whistle-blower provisions. Those who discourage or obstruct others from reporting, or who retaliate against whistler-blowers, may be punished by fines of up to $100,000.

Under the new rules, an initial return – whether filed by a consultant lobbyist or by the senior officer on behalf of a corporation, partnership, or organization – must now include the following:

Under the new rules, registrations may be renewed on a more flexible timetable:

8. Lobbyists may not place public office holders in conflicts of interest

The new rules specify that all lobbyists are prohibited from knowingly placing public office holders in a position of a real or potential conflict of interest. This includes conflicts of interest as defined in the Members’ Integrity Act, 1994.

10. Legislative review of the Act

The 2014 amendments require a committee of the Legislature to “begin a comprehensive review” of the LRA within five years of the new rules’ coming into force, and to make recommendations to the Legislature within one year of the start of that review.

Under the new rules, consultant lobbyists may not be paid contingency or success fees.

Note that, even though individual consultant lobbyists are barred from double dipping, the same restriction does not apply to lobbying firms as a whole. If two individuals are partners in (or are employed by) the same lobbying firm, one of them may lobby a public office holder while the other gives paid advice to the same public office holder on the same subject matter, without running afoul of the new rule.

Under the new rules, consultant lobbyists may not be paid with public funds. This restriction applies to: (i) hospitals; (ii) school boards; (iii) universities, colleges, and other post-secondary institutions; (iv) children’s aid societies; (v) community care access corporations; (vi) public sector procurement corporations; and (vii) any organization that received a total of more than $10 million of public funds in the Government of Ontario’s previous fiscal year.[5]

Certain entities may not pay consultant lobbyists using public funds or their own revenues. These are: (i) any Ontario government agency; (ii) OPG; and (iii) IESO.[6]

Prior to the new rules’ coming into force, the Registrar updated his office’s policies and procedures in order to reflect them. In particular:

The amendments to the LRA lower the threshold for corporate registration, expand executive liability, and grant the Registrar new investigative and punitive powers. If you, your employees, or your paid directors engage with Queen’s Park or other Ontario public officials, now is the time to ensure that your internal policies and procedures are compliant with the new rules.

Our team at McCarthy Tétrault LLP can help. Please contact Paul Boniferro, Awi Sinha, or Adam Goldenberg with any questions or for assistance.

[1] For the purposes of the Ontario Lobbyists Registration Act (the “LRA” or the “Act”), “public office holder” includes (among others) any Ontario Cabinet minister, an officer or employee of the province, an MPP or their staff, a person appointed to an office by the Lieutenant Governor in Council or a minister (other than a member of the judiciary), and members of the Ontario Provincial Police.

[2] If the corporation already employs an in-house lobbyist, the senior officer has two months from the date on which the 2014 amendments come into force to file the corporation’s return.

[3] A consultant lobbyist must register by filing her or his initial return within 10 days of commencing lobbying on behalf of a client.

[4] Note that, unlike under federal law, the public office holders do not need to be identified by name.

[5] Note that the Ontario Cabinet may, by regulation, add to the list of entities prohibited from paying lobbyists using public funds.

[6] Note that the Ontario Cabinet may, by regulation, add to the list of entities prohibited from using their own revenues to pay lobbyists. 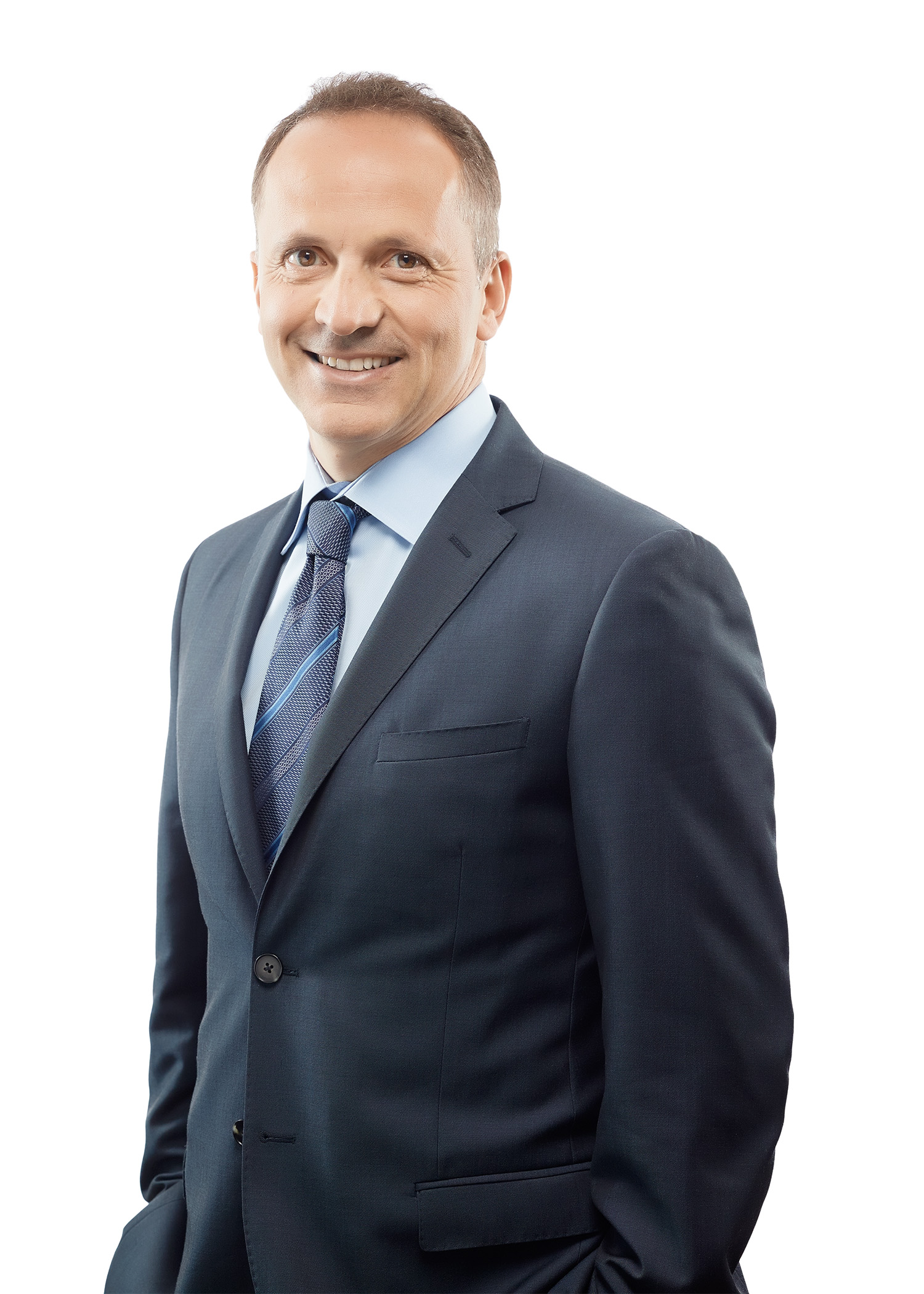 Learn more about Paul A. Boniferro